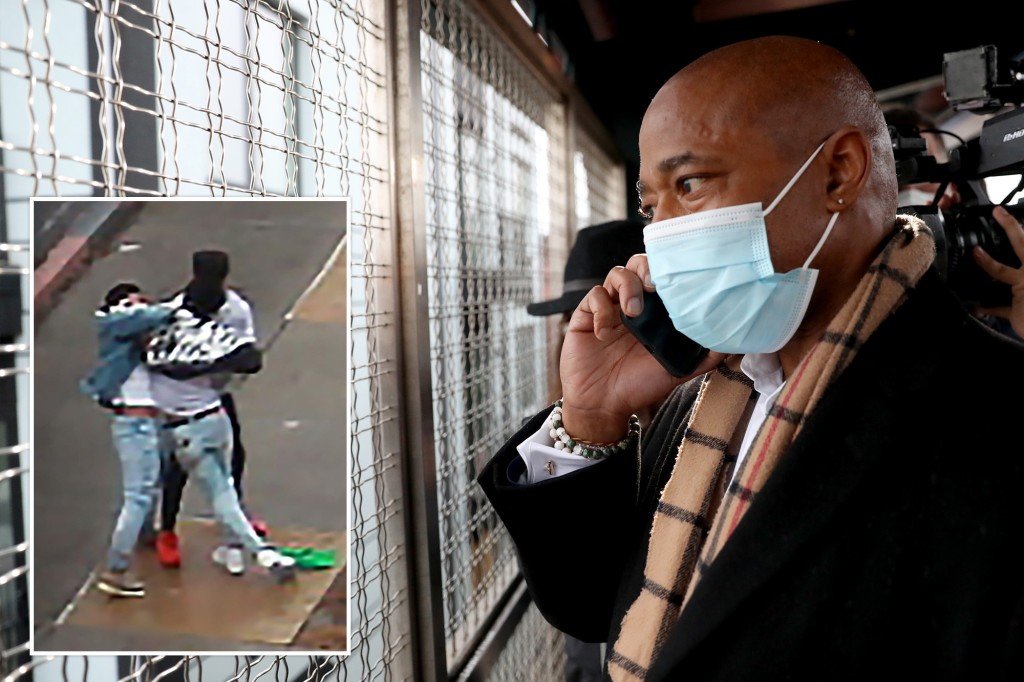 Eric Adams makes 911 call, jumps into action on his way to City Hall

“Once a transit cop always a transit cop,” Adams said, while keeping a watchful eye on three men arguing on the street.

Before ex-cop Eric Adams even hit his desk for his first day as mayor Saturday, his old job training kicked in.

“Once a transit cop always a transit cop,” Adams said shortly before 8 a.m. while keeping a watchful eye on three men arguing on the street as he stood on the platform of the J train subway station at Kosciuszko Street in Brooklyn.

Then, as punches began to be thrown, Adams said “Here we go. I knew it was only a matter of time, that’s why I kept looking at it.”

Adams took out his cellphone and called 911 saying, “I have an assault in progress of three males.”

Adams, who did not identify himself as the mayor, was apparently misunderstood by the operator. 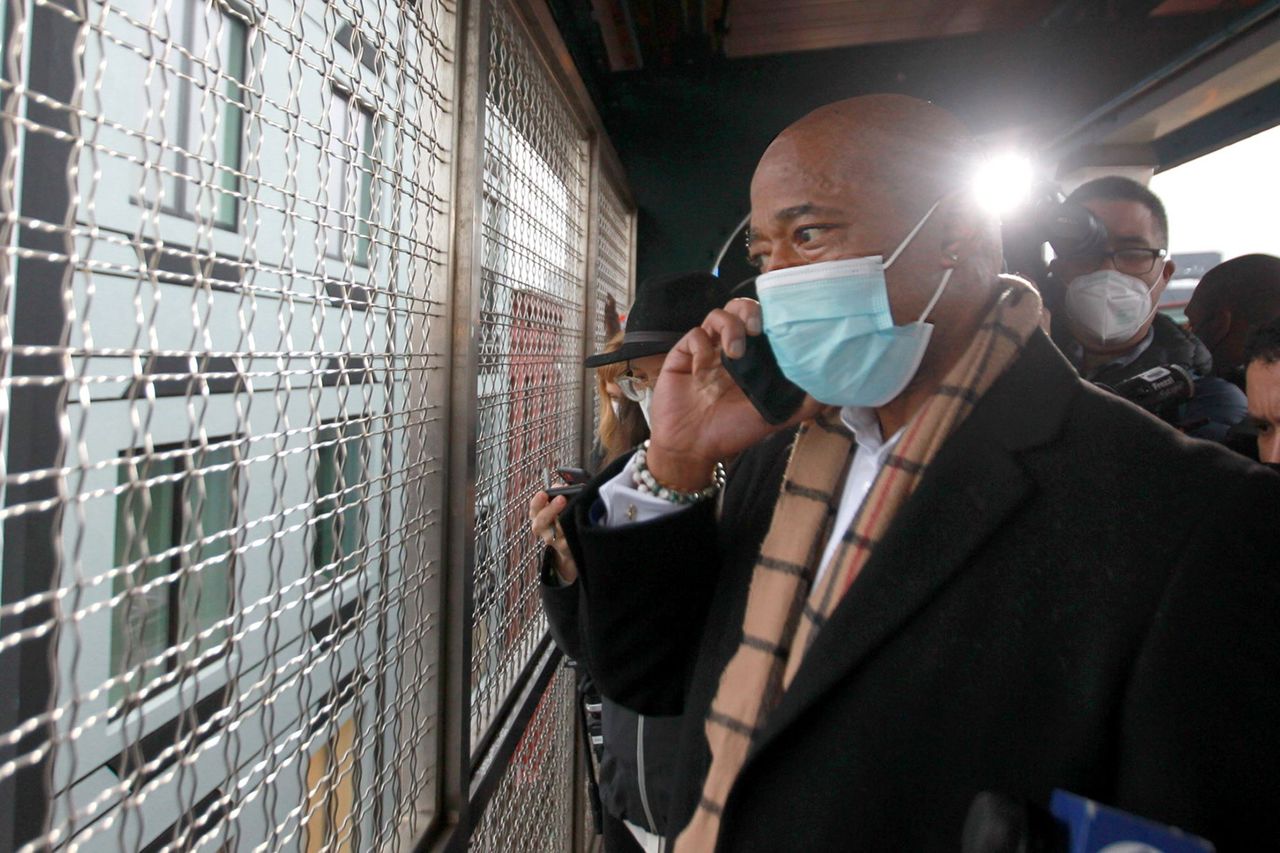 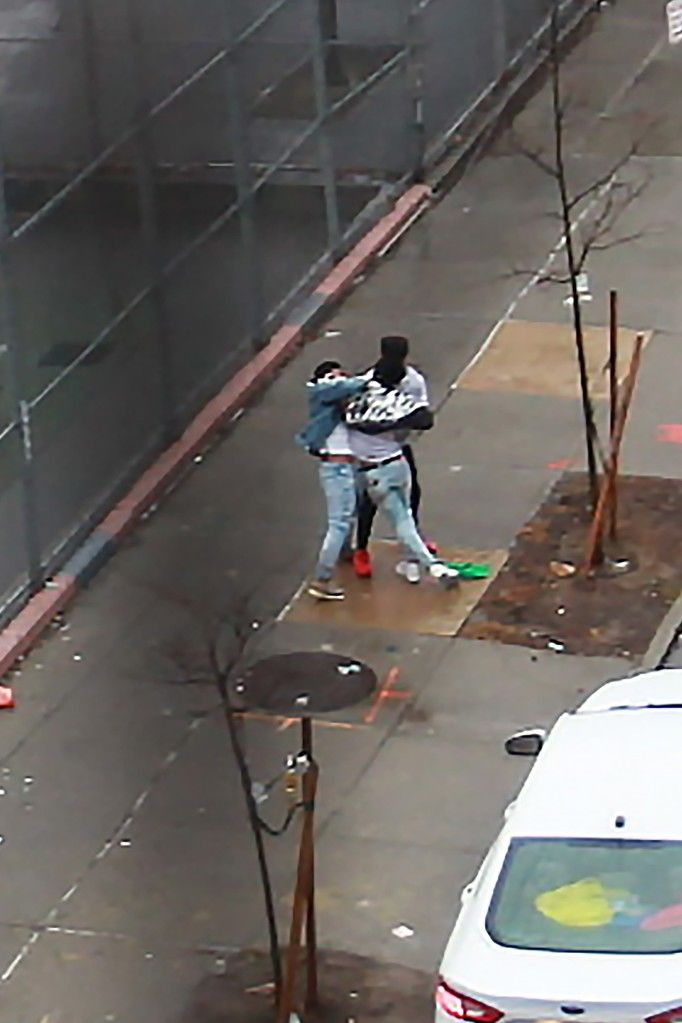 He told the operator at the end of the call that he was “Adams, Mayor Adams.”

Adams was surrounded by a contingent of reporters but did not appear to have an NYPD security detail with him for the commute. 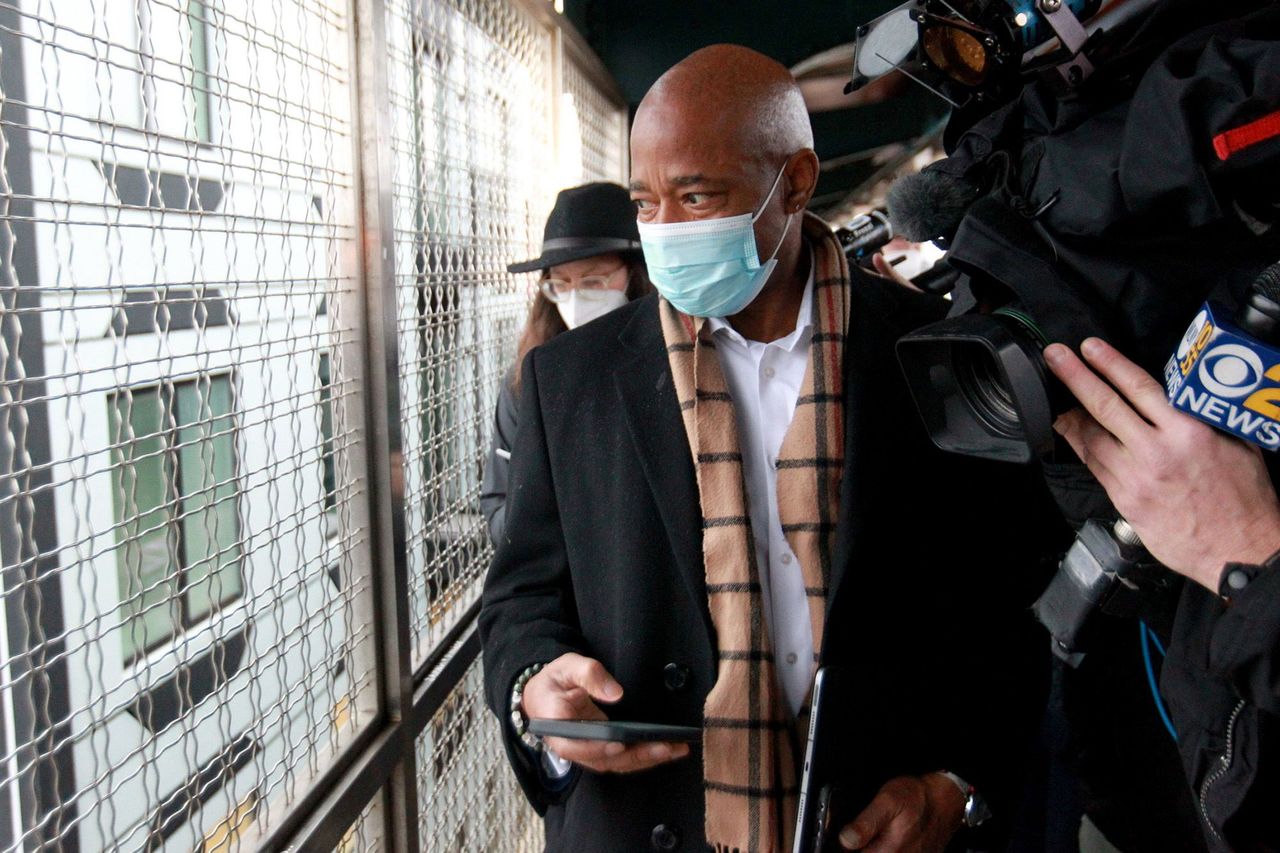 It took about five minutes for officers to respond. Two squad cars arrived at the scene just as the men who were fighting were getting into a car. The officers left without questioning anyone.

Adams said the cops should have “made inquiries” and he planned to make the incident a teachable moment when he addressed officers later Saturday during a scheduled visit at the 107th Precinct in Queens. 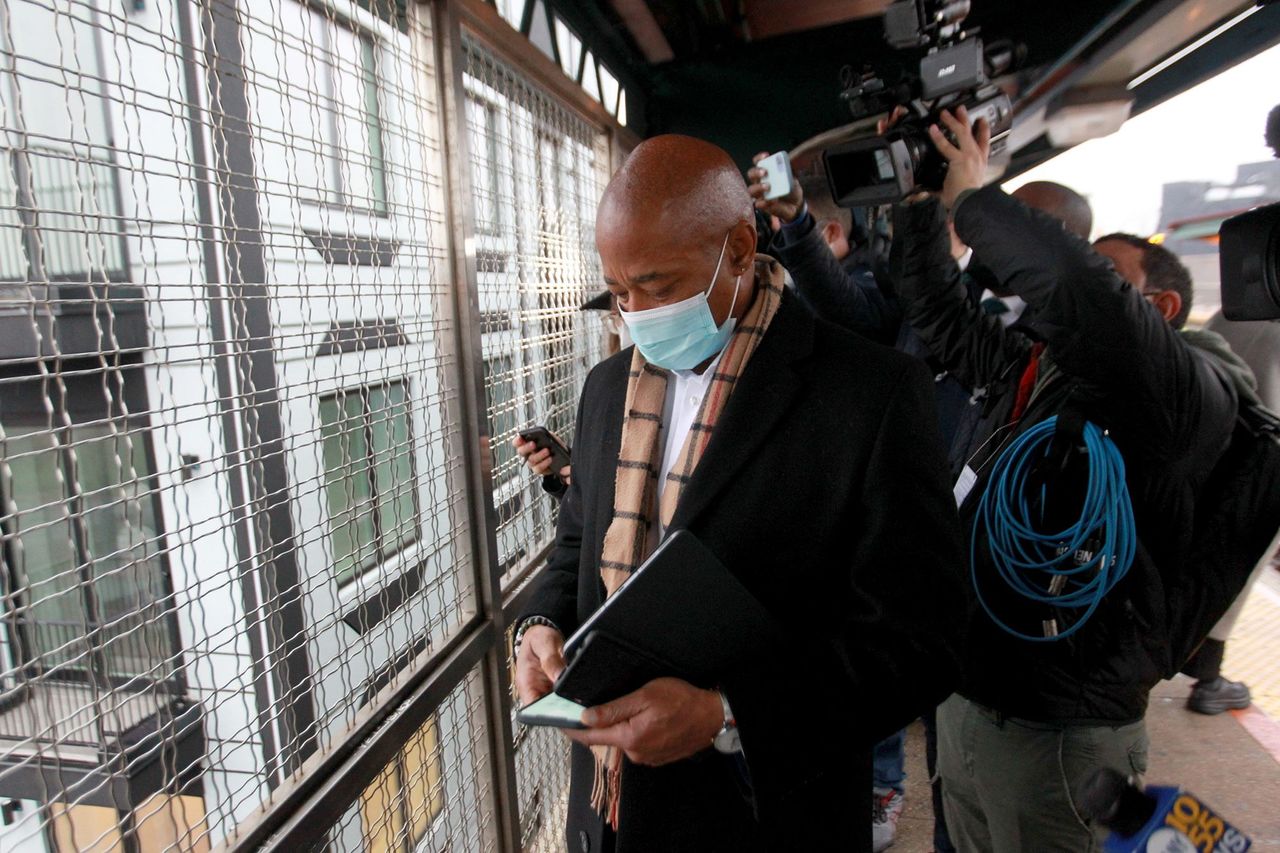 The mayor did not appear to have any security with him on his commute.