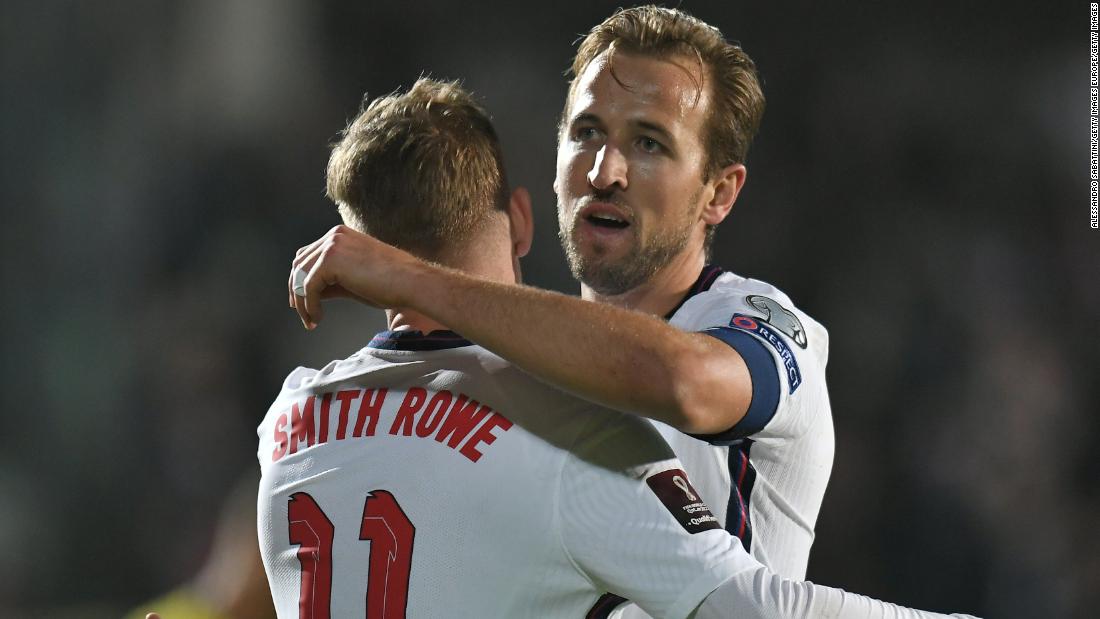 There's David against Goliath, and then there's this.

San Marino, officially the lowest-ranked football nation in the world, was thrashed 10-0 by a ruthless England side in a World Cup qualifying match on Monday.

The disparity between both sides was obvious even before a ball was kicked.

Gareth Southgate's England side was runner-up at Euro 2020 and boasts a side bulging with elite talent.

The host, meanwhile, has a population of fewer than 40,000 people and has won just once in its last 186 matches.

England needed only a point to secure a place at Qatar 2022, but handed its opponent a punching defeat which raises questions about the credibility of such a fixture.

"Rapidly falling out of love with watching international football barring the big tournaments," tweeted former England striker Michael Owen about the ridiculousness of the mismatch.

"I think a lot of people feel the same way. Half of these games are absolutely pointless. A restructure is needed." 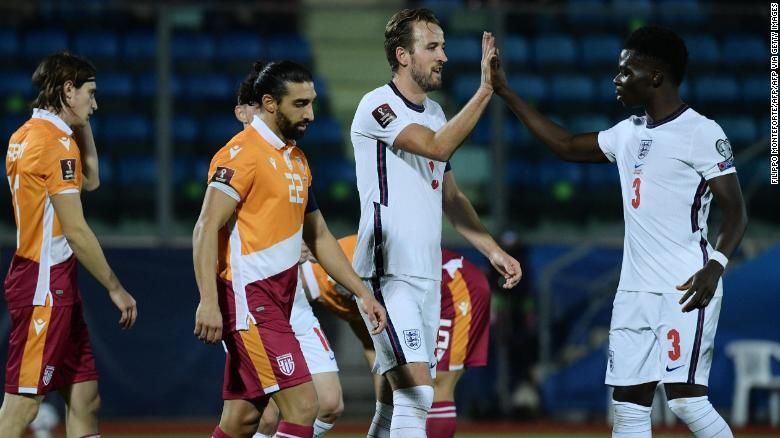 Harry Kane, widely considered one of the best strikers in world football, scored four goals in the first half against defenders who play the game part-time.

Manchester United captain Harry Maguire, Bukayo Saka, Tyrone Mings and Tammy Abraham all got on the scoresheet; Emile Smith Rowe also scored on his full international debut as England set a record for its biggest win in a competitive match.

The night was made even worse for San Marino, which also scored an own goal, after Dante Rossi was sent off midway through the second half.

'We can't do anything about the opposition'

Despite yet another defeat, San Marino players will always remember sharing a pitch with some of the game's biggest stars, but questions may also be raised about the ease of England's victory.

In 2019, the USWNT was criticized for humiliating Thailand during a 13-0 win at the Women's World Cup.

"I love the motivation our players are giving every match, even though they know they're going to lose. I will support San Marino till the day that I die," said a San Marino Twitter account. 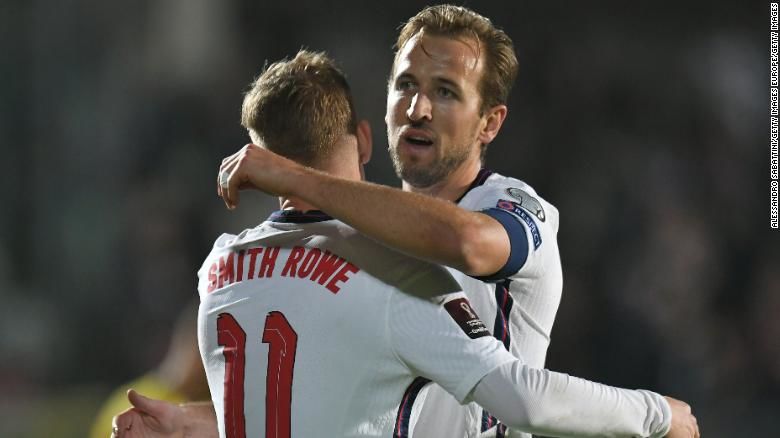 Kane scored four goals in the first half.

The game will give England's attacking players a confidence boost with Kane moving joint-third in the list of the country's all-time goalscorers on 48.

The 28-year-old also set a record for the most England goals in a calendar year with 16.

"I've got to credit all of our players on a really good year," Southgate said after the match.

"We can't do anything about the opposition, but the mentality of the way they played tonight was terrific."

On Kane's records, the England manager said: "He's a phenomenal goalscorer, but he's not had the opportunity in games where there have been lots of goals available.

"He took that chance tonight."

Elsewhere, Euro 2020 champion Italy failed to qualify automatically for the World Cup after a shock 0-0 draw against Northern Ireland.

On a frustrating evening for Roberto Mancini's side, Switzerland topped Group C with a 4-0 victory against Bulgaria.

Italy's hopes of being at next year's tournament now hinge on the playoffs, from which only three teams out of 12 will qualify.

The Azzurri failed to secure a place at the 2018 World Cup the last time they competed in the playoffs after losing to Sweden over two legs.

"We can't do anything about it now, we have this game in March and will try to give our best," Italy coach Roberto Mancini told RAI Sport.

"At the moment we are struggling to score goals, despite dominating possession. Northern Ireland put everyone in defense and we struggle to break sides like that down."