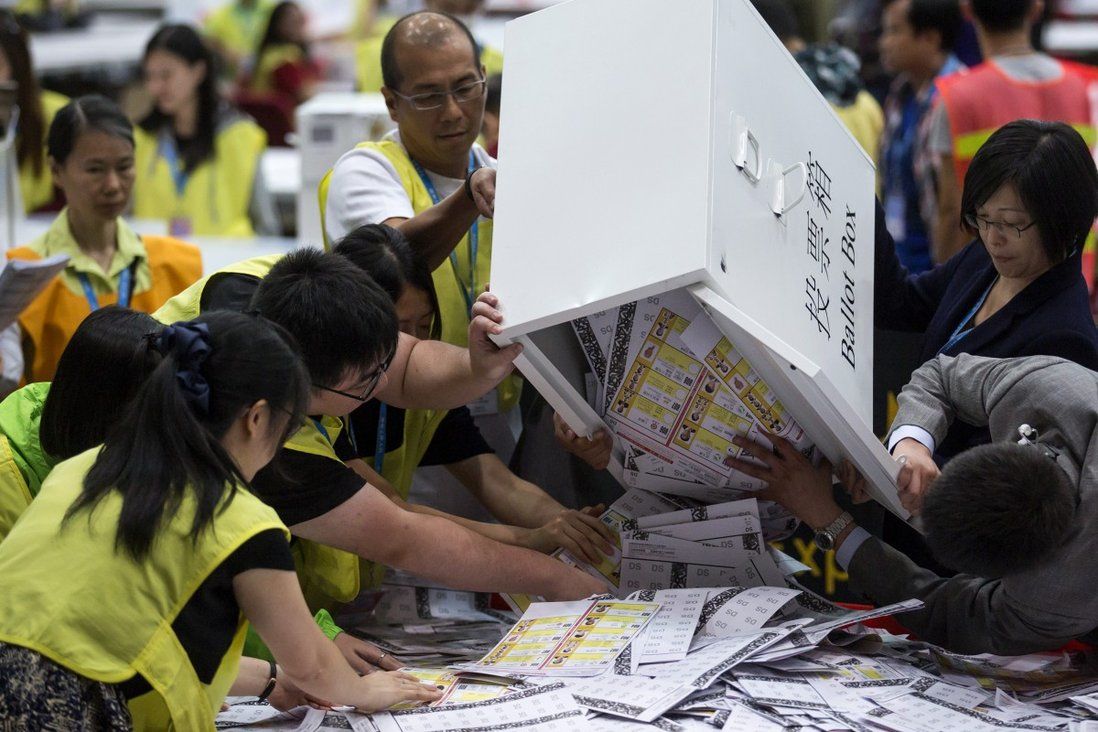 The two senior officials who ignited a debate last week by raising the possibility of such a ban should have known better. The idea is preposterous: how would you know who had cast a blank vote unless voting would no longer be secret?

It’s hard to imagine it was only in 2014 that Carrie Lam Cheng Yuet-ngor asked students leaders demanding universal suffrage to hold out hope, saying: “We can still improve the system for 2022.” She was chief secretary at the time and leading a high-profile dialogue with the student leaders, after the decision came down from the Standing Committee of the National People’s Congress on August 31, 2014, that candidates for chief executive would have to be endorsed by more than half of the nominating committee before they could seek popular election.

Fast forward to today. No one then anticipated the systemic improvements that have now been made for 2022. Future administrations will enjoy unprecedented support from the Legislative Council, and their work will be unencumbered by obstructionist opposition politics.

To judge by Lam’s confidence at the most recent question-and-answer session at Legco last week, that new dawn has already broken. Her officials have been hard at work too, thinking of even more ways to improve our system. Ever so forward-looking, the secretary for justice and the secretary for constitutional and mainland affairs are already thinking of pre-empting blank protest votes by – guess what? – banning them.

This new-found enthusiasm for a proactive approach should in theory be welcomed. It does seem an improvement on those dark days when the administration appeared content to sit out the exchange of Molotov cocktails and tear gas.

Having said that, there is such a thing as being too fired up. While I hate to be the one to dampen their administrative enthusiasm, Justice Secretary Teresa Cheng Yeuk-wah and Constitutional Affairs Secretary Erick Tsang Kwok-wai have surely jumped the gun on the issue of blank votes.

In urging residents not to cast a blank ballot as it is their civic responsibility to vote, and implying that casting a protest vote is not civic behaviour, Cheng has stepped into a political minefield. We don’t even need to get too academic to see that such an assertion is highly problematic. Casting a blank ballot is not simply abstaining, or choosing to stay in and watch television.

A voter who casts a blank vote is taking the trouble to go to a polling station and put a ballot into a box, even if that piece of paper is unmarked. Going to the polling station incurs an opportunity cost. If voting is a civic responsibility, like jury duty or paying tax, then Cheng needs to look into making voting compulsory, not outlawing blank votes.

The burning question for me is: how do you outlaw something unless you can hold someone accountable? How would you know who had cast a blank vote, unless voting would no longer be secret? In future elections in this city, will voters be identifiable by the ballots they cast?

Lawmakers Priscilla Leung Mei-fun and Paul Tse Wai-chun have subtly fired warning shots, however. They reiterated that casting blank votes is allowed under the existing system, and said they did not see the need to put in place laws against blank votes.

They seem to have been heard, for the administration appears to have backtracked a little. Tsang has since said he will be looking into forbidding people to rig future elections, either by inciting others to cast blank or invalid votes or organising boycotts. So we can maybe breathe a temporary sigh of relief here and thank Leung and Tse for sticking their patriotic necks out and making sense.