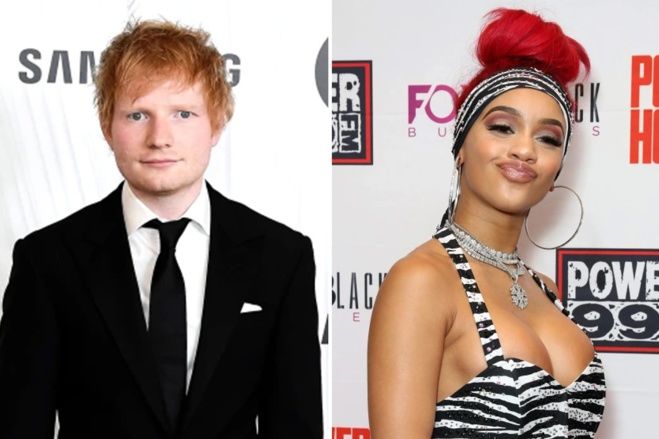 ED SHEERAN might not find that Saweetie is such a sweetie when they come face to face at tomorrow night’s MTV EMAs.

I can reveal the US rapper was furious after booking the most luxurious hotel suite in Budapest ahead of her hosting role at the ceremony — and then discovering it had been handed to headliner Ed instead. 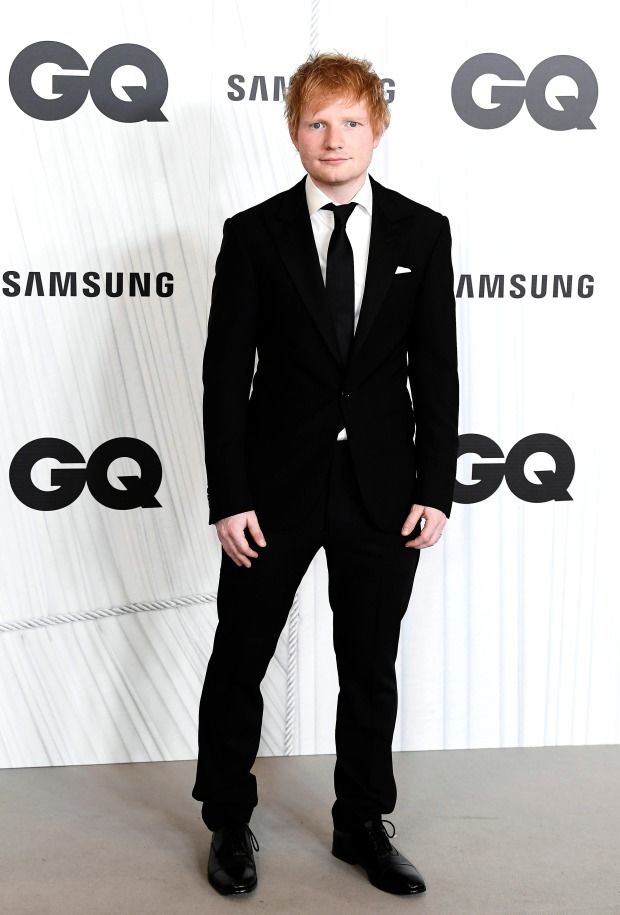 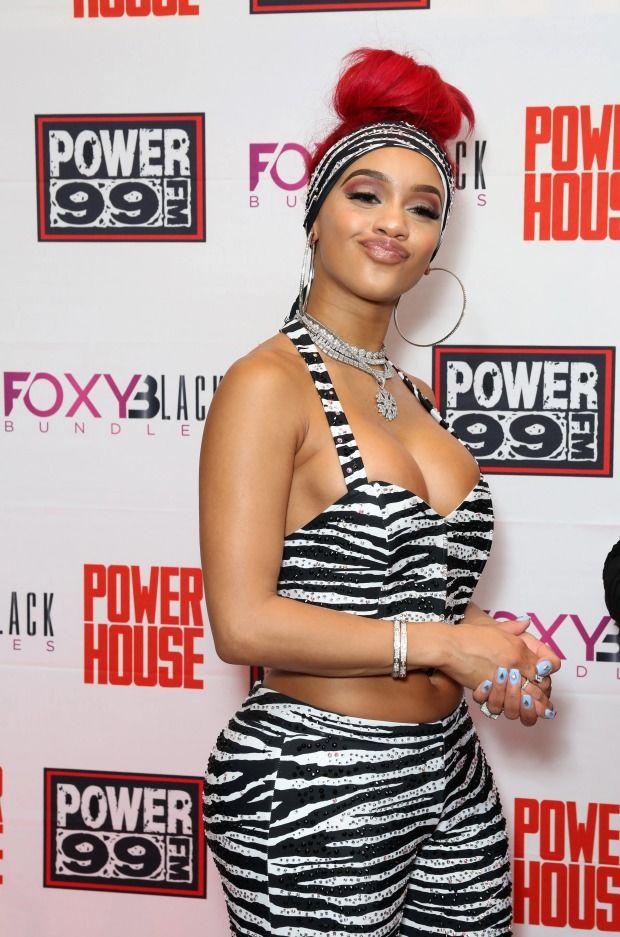 The pair will both spend the weekend in the Hungarian capital but Saweetie was left to find alternative accommodation after being snubbed by her first choice of hotel.

A source said: “Saweetie is hosting the ceremony and performing, and felt that she deserved the best hotel room money could buy.

“But when Ed’s team enquired about the huge suite, they dropped her reservation and gave it to him instead.

“She was miffed, to say the least, and has now had to scramble around for another room at a time when practically every room in the city is booked out for the awards.

“Ed has five nominations and is performing so they are bound to see each other, which could be incredibly awkward.

"Thankfully neither are the type for a squabble, so MTV bosses are hoping it doesn’t lead to any animosity on the night.”

Imagine Dragons, Maneskin, Yungblud and Malumam are among other acts performing at the EMAs, which will air live from 9pm on MTV tomorrow or from 11pm on Channel 5.

Ed’s lavish suite is ten times the size of the average Travelodge room and comes complete with a lounge, kitchen and outside area, so I can see why both would want it to relax in before, and after, the big bash.

The Bad Habits singer — who was photographed at the GQ Men of the Year Awards in Madrid on Thursday — is renowned for throwing star-studded after-parties in his hotel room following EMA ceremonies, having done the same when he hosted in Milan in 2015.

On that occasion he was reported to have kicked revellers out of his suite while wearing his pyjamas.

With that in mind, Saweetie might be glad to be well away from that hotel.

At least she will have the chance to get a good night’s sleep.

Back in the Mix after babies

LITTLE MIX really put the work in before two of the girls went on maternity leave.

And yesterday they released the fifth video shot while Perrie Edwards and Leigh-Anne Pinnock were pregnant. 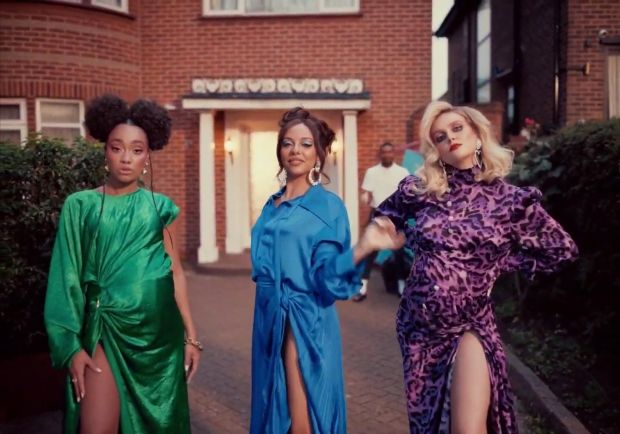 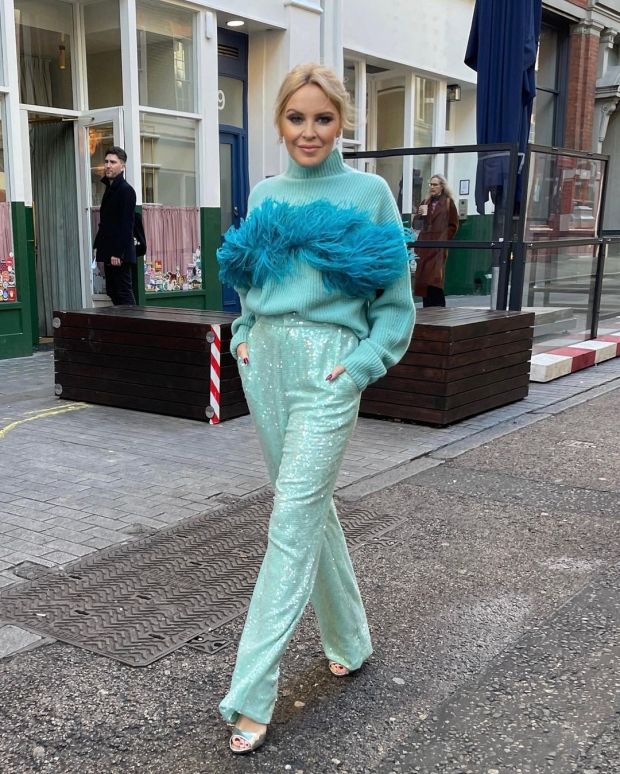 They both gave birth in August but knuckled down earlier in the year to shoot the series of films, including this one for their latest single No.

The group, which also features Jade Thirlwall, have included the song on their greatest hits album Between Us, which also came out yesterday.

They will make their first appearance together following their pregnancies, with a performance on The Graham Norton Show on December 3.

In the album charts, they are going up against Taylor Swift, who spent Thursday on US telly promoting Red (Taylor’s Version), and Bruno Mars and Anderson .Paak's album An Evening With Silk Sonic.

Kylie Minogue, who was pictured out in London in a blue jumper with furry front, is also back, with her deluxe record Disco: Guest List Edition, featuring collaborations with Jessie Ware and Gloria Gaynor.

MAYA Jama is cashing in on her catchphrase “cling cling” by trademarking it for use on clothing, footwear and head gear.

The presenter has teased she will be launching a project next week under the name Cling Cling Presents. 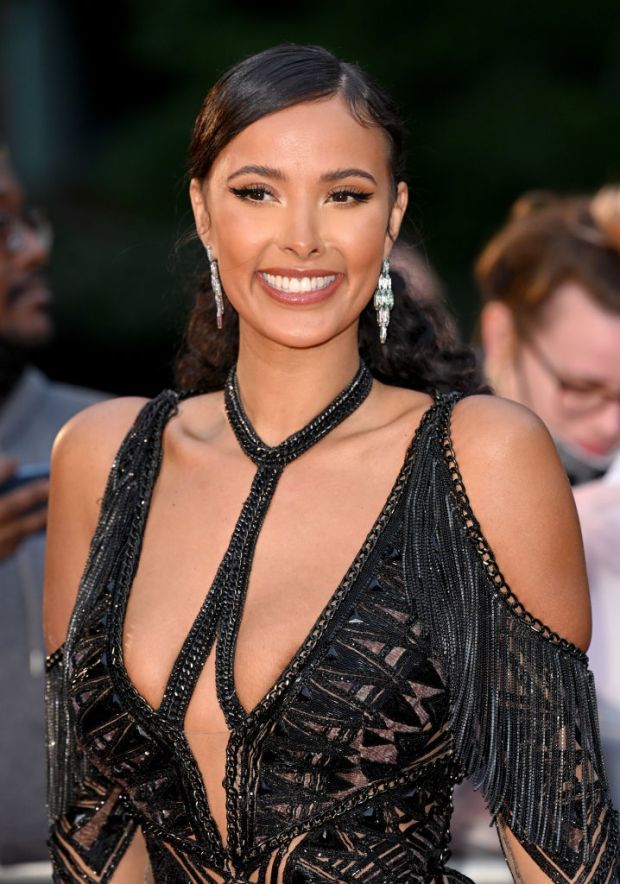 Maya Jama is cashing in on her catchphrase 'cling cling' by trademarking it for use on clothing, footwear and head gear

She has kept schtum on what exactly it will be but and has already created an Instagram page for the venture.

Setting up her own businesses will mean we may see less of her on the box, as she admits she has become more picky about work.

Maya, who will next month present new show Walk The Line, wrote online: “Worked hard enough to only take jobs on that make me feel good inside.”

WHILE many people can’t wait for their mother-in-law to go home, Robbie Williams is paying to keep his close.

The singer is splashing out six figures to renovate a property for his American wife Ayda’s mum Gwen and her boyfriend Ian, so they can live with them in Switzerland. 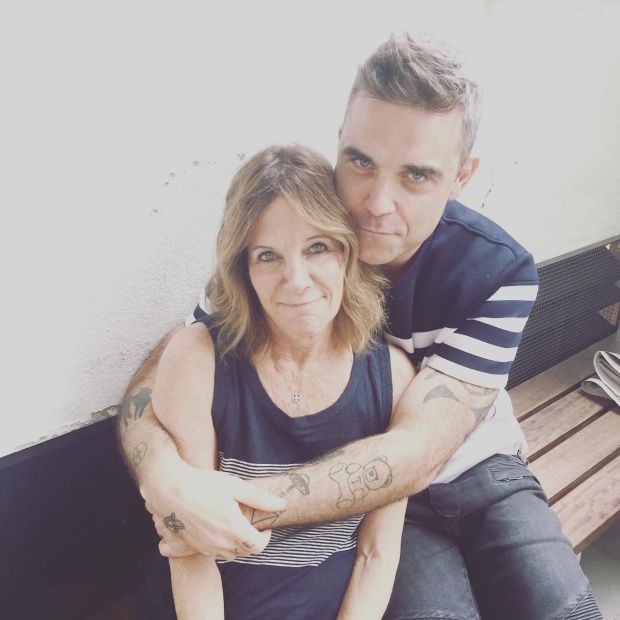 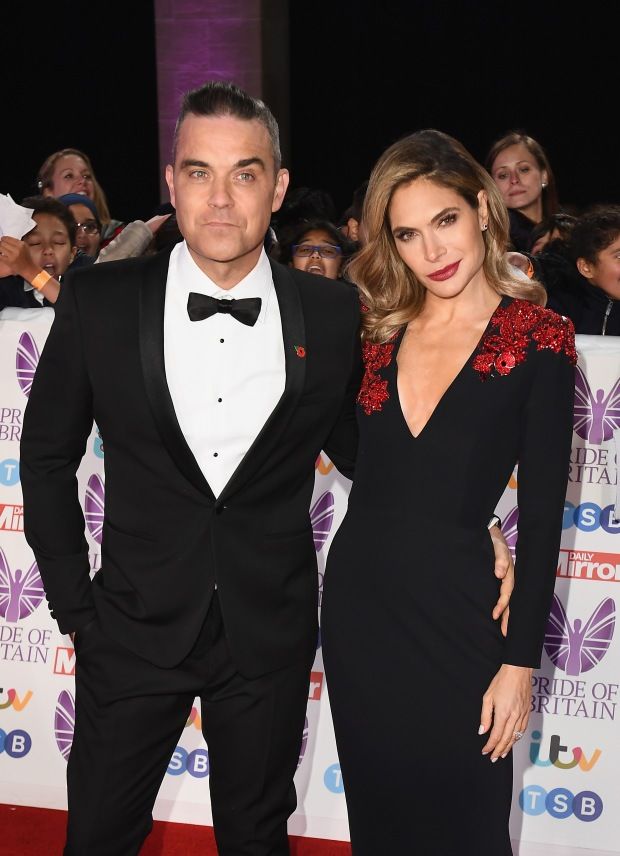 Gwen joined Robbie, Ayda and their four kids in the summer at the family’s new home in the Swiss Alps, near Geneva.

And after a trial four months they have decided to stay.

A source said: “Rob and Ayda love having Gwen with them. Sometimes Rob stays up late playing poker or just chatting with Gwen and they get on like a house on fire.

“Rob and Ayda are grateful their children have their grandma around and they love Ian as well, seeing him as one of the family.

“If Gwen had decided she missed America or didn’t love Switzerland as much as they do, they’d have been heartbroken. They’re thrilled she’s decided to stay.”

Gwen and Ian have been in a guest room at the £24million villa Rob bought at the start of 2021.

But now they have decided to make their move permanent, Rob’s had architects work on designs to convert an outhouse into a luxury home for former film director Gwen and Ian, with all the comforts she could need.

Rob and Ayda moved to the Swiss mountains last year, as the pandemic took hold, and six months later bought the villa.

But they didn’t see Ayda’s beloved mum for eight months, as she isolated due to health issues including cancer, Parkinson’s and lupus.

She holed up with Ian at Rob and Ayda’s US home in Beverly Hills until they could all be reunited in early May.

Robbie, Ayda and kids Teddy, Charlie, Coco, and Beau then flew back to America.

A source said: “It killed them being apart – especially Ayda, as she has such a bond with Gwen.

“They asked Gwen to live with them and she didn’t need her arm twisting. There’s nothing as important as family to her.”