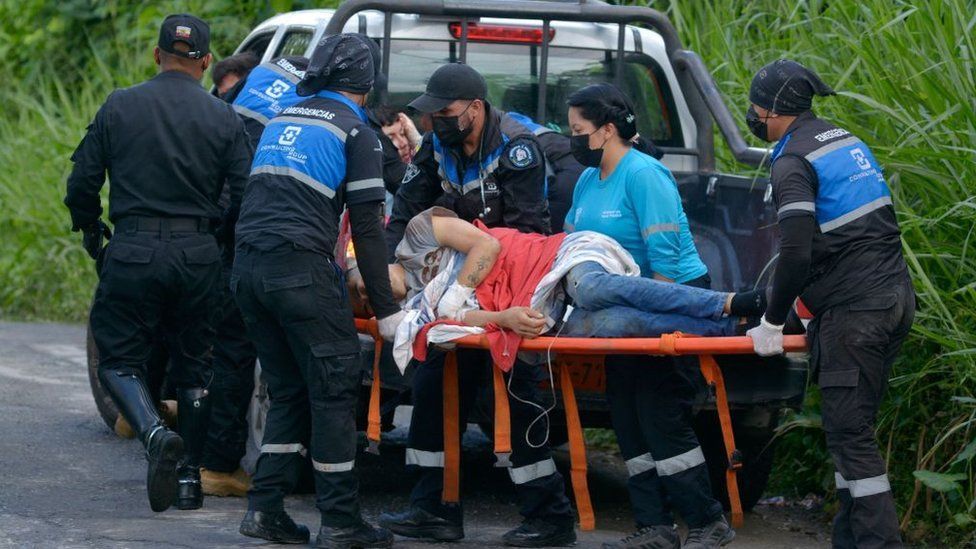 At least 43 inmates have been killed in Ecuador's latest deadly prison riot, the public prosecutor has said.

A fight broke out between rival gangs Los Lobos and R7 at a prison in Santo Domingo, some 80km (50miles) east of the capital Quito.

Ecuador is battling a wave of gang violence, and has recently seen its most deadly prison riots in history.

Parts of Ecuador are under a state of emergency because of the rising crime that has shocked the country.

A total of 108 inmates escaped the prison during the riot and remain missing, the local police chief says.

An additional 112 prisoners made it out before being recaptured, he added.

Scores were injured in the riot, but the exact number is still unclear.

Ecuadorian newspaper El Universo reported that, according to the National Police Commander Fausto Salinas, the incident was triggered by a brawl involving the transfer of an inmate known as Anchundia into the prison. He had been one of the ringleaders who had caused a previous prison riot in April, the paper said.

Pictures from outside the prison show bloodied inmates being carried from trucks to waiting ambulances. As news of the riot spread throughout the community, many relatives gathered outside the facility, distraught and desperate for news. 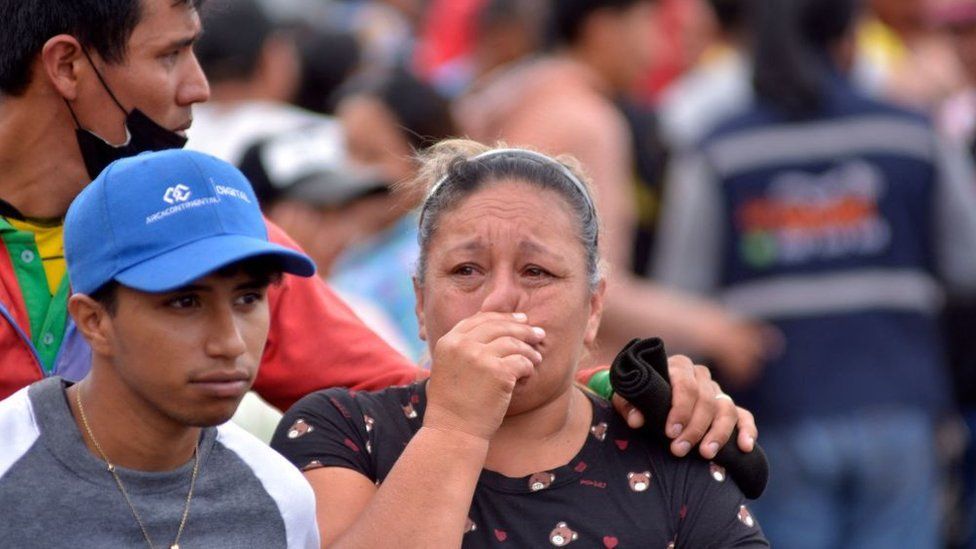 President Guillermo Lasso sent his condolences to the families of those who died, and said it was the "unfortunate result of gang violence".

Ecuador's Interior Minister, Patricio Carrillo, wrote on Twitter that the government is working "to overcome the problems of the prison system, but it is complex to find quick solutions in an environment of... violence". 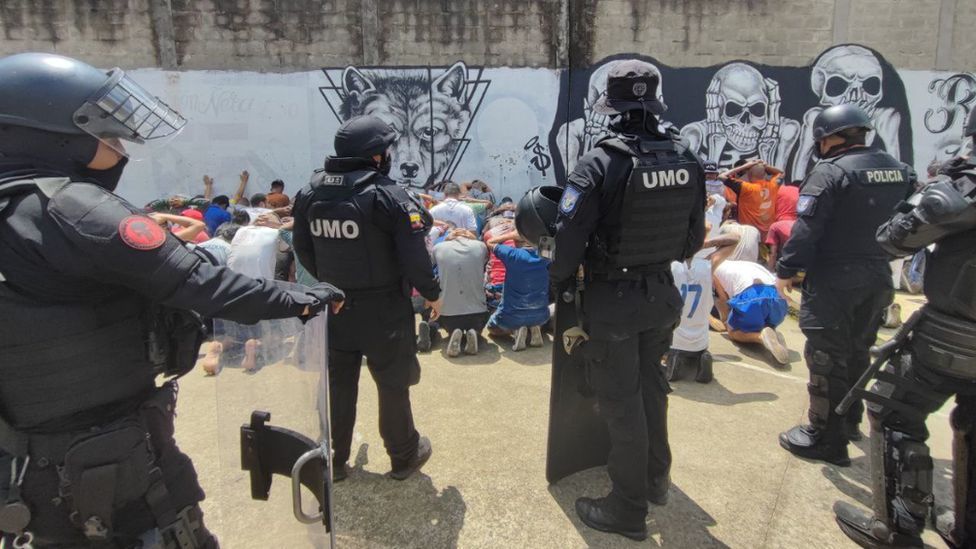 Nearly 400 inmates have now been killed in six separate riots since February 2021.

One of the worst was in September, when 119 inmates were killed at a prison in Guayaquil in western Ecuador. Less than two months later, at least 68 prisoners died in fresh fighting at the same prison. The riots are particularly brutal, with some prisoners hacked to death, or beheaded with machetes.

Last month a 60-day state of emergency was declared in three western provinces - Guayas, Manabí and Esmeraldas - in response to the violence. Bellavista Prison is not in these areas.

President Lasso, who took office in May last year, has blamed drug trafficking for Ecuador's crime problems. The Andean country is used as a transit route for cocaine smuggled from neighbouring Peru and Colombia, and the powerful Mexican drug cartels are said to operate through local gangs.

He has promised to boost the police force and pardon inmates who were convicted of minor crimes to ease overcrowding in prisons, but critics say he has lost control of the situation.