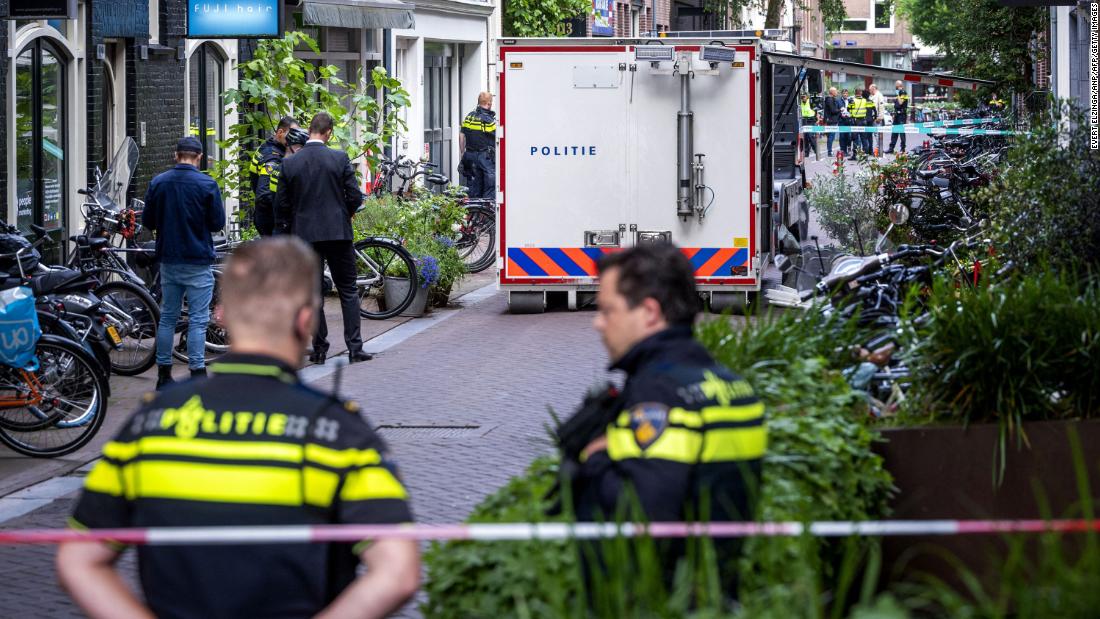 Celebrity Dutch crime reporter Peter R. de Vries, known for his investigative work exposing the criminal underworld, is "fighting for his life" after being shot in the country's capital, police authorities said on Tuesday.

Celebrity Dutch crime reporter Peter R. de Vries, known for his investigative work exposing the criminal underworld, is "fighting for his life" after being shot in the Netherlands' capital.

"He was seriously wounded and is fighting for his life," Amsterdam Mayor Femke Halsema said in a televised news conference. "He is a national hero to us all. A rare, courageous journalist who tirelessly sought justice."

Dutch police said in a statement Wednesday that two suspects -- a 35-year-old Polish national living in Maurik and a 21-year-old man living in Rotterdam -- are in custody in relation to the shooting. The statement said the two would be arraigned on Friday.

The police statement also said property searches were conducted overnight in Tiel, Maurik and Rotterdam where "various data carriers and ammunition were seized there." Police added that an 18-year-old local resident who was initially arrested has "since been released and is no longer considered a suspect."

Authorities responded to reports of a shooting on Lange Leidsedwarsstraat, a street near popular Leidseplein square on Tuesday evening, where de Vries was found and "immediately rushed to hospital," according to an earlier police statement.

Dutch broadcaster RTL said de Vries had just left its studio in downtown Amsterdam when one of five shots hit him in the head.

Amsterdam's Parool newspaper published an image of the scene with several people gathered around a person lying on the ground. 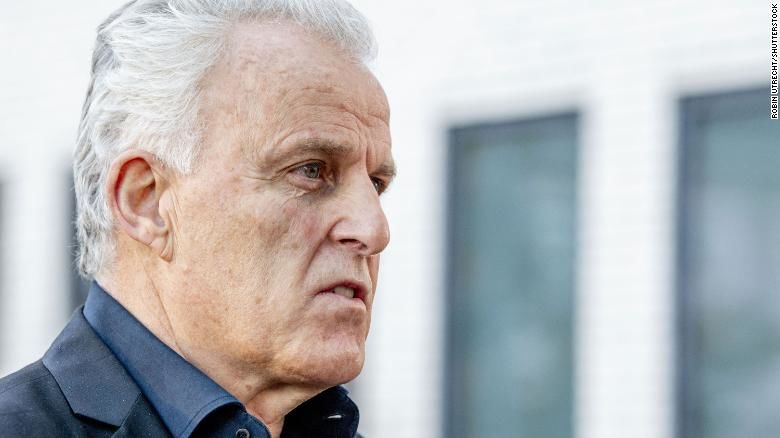 Dutch Prime Minister Mark Rutte condemned the shooting as "shocking and incomprehensible" in a statement given to local media Tuesday evening, Reuters reported.

Rutte said it was "an attack on a courageous journalist, and with that, an attack on free journalism, which is so essential for our democracy."

"We all fervently hope, we pray, that he survives this attack. That's the most important thing now. We are doing everything we can to ensure that justice takes its course," Rutte added.

Charles Michel, the President of the European Council, tweeted that "this is a crime against journalism and an attack on our values of democracy and rule of law" before vowing to "relentlessly continue to defend the freedom of the press."

Responding to the shooting, Tom Gibson, the European Union representative for the Committee to Protect Journalists, urged authorities to take swift action against the culprits.

"Dutch authorities should swiftly and thoroughly investigate the shooting of crime reporter Peter R. de Vries, determine if he was targeted for his work, and ensure that the attacker and the masterminds of the attack face justice," said Gibson.

"Journalists in the EU must be able to investigate crime and corruption without fearing for their safety," he added.

De Vries, 64, is an award-winning crime reporter. In 2008, he won an international Emmy Award in the news and current affairs category for his undercover investigation into the disappearance of teenager Natalee Holloway in Aruba three year before. Meanwhile in the Netherlands, he is perhaps best known for his work reporting on the 1983 abduction of beer magnate Freddy Heineken.

The journalist had received threats from the criminal underworld in the past in connection with several cases.

In 2013 Willem Holleeder, the Heineken kidnapper, was convicted of making threats against de Vries. Holleeder is currently serving a life sentence for his involvement in five murders.

In 2019 Ridouan Taghi, currently on trial for murder and drug trafficking, took the unusual step of making a public statement denying reports that he had threatened to have de Vries killed.

De Vries has been acting as a counselor, but not lawyer, to a state witness identified as Nabil B. testifying in the case against Taghi and his alleged associates.
Nabil B.'s previous lawyer was shot dead on an Amsterdam street in September 2019.