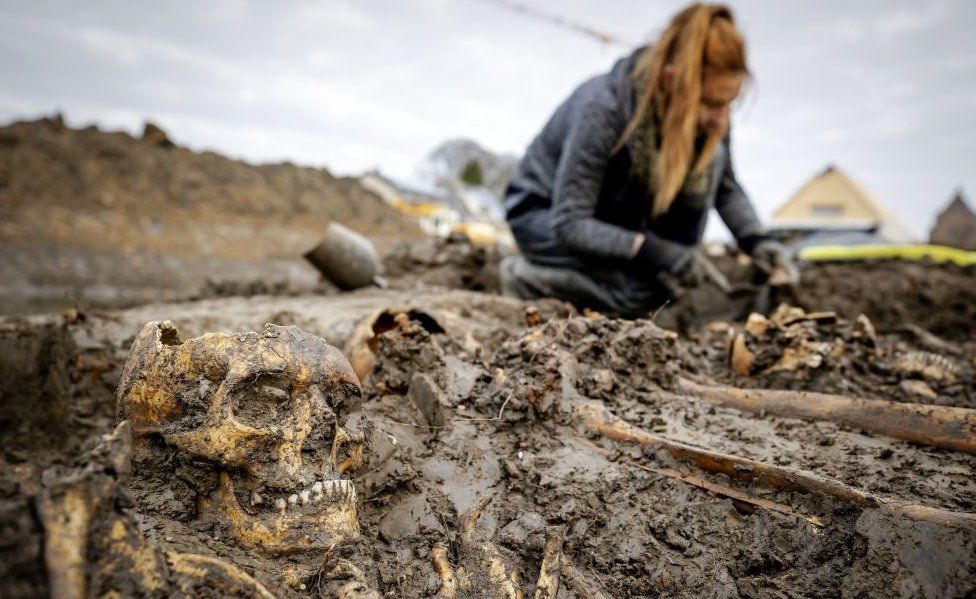 Eighty-two skeletons found in a mass grave in the Dutch city of Vianen were mainly British soldiers who died of illness in an 18th Century field hospital, archaeologists say.

The remains were found outside the city's old wall in November 2020 and then researched by forensic anthropologist April Pijpelink.

All but four were men and many originated in southern England.

"It's most likely these young men came to fight against the French," she said.

But they lost their lives because of poor hygiene in a field hospital, she told the BBC. "At first we thought these men died of injuries in battle, but during my research it became clear that around 85% of them suffered from one or more infections, while basically all their trauma wounds had healed."

Samples were taken from six of the skeletons and isotope analysis of their bones concluded that one came from southern England, possibly Cornwall, another from southern Cornwall and a third from an urban English environment. Two more may have been from the Netherlands but of possible English descent while the other was from Germany.

The men would have been treated at a field hospital at Batestein Castle in Vianen. As it was a mass grave and they all died under the same circumstances, a sample of six was sufficient, archaeologist Hans Veenstra told the BBC.

There were two wars there in the 18th Century, but only one involved British soldiers: the Flanders Campaign of 1793-95 against France. German soldiers from Hessen and Hanover worked closely with the British during the campaign.

This was part of the First Coalition war, between post-revolutionary France and several other European powers including Britain, Russia, Prussia, Spain, the Netherlands and Austria. 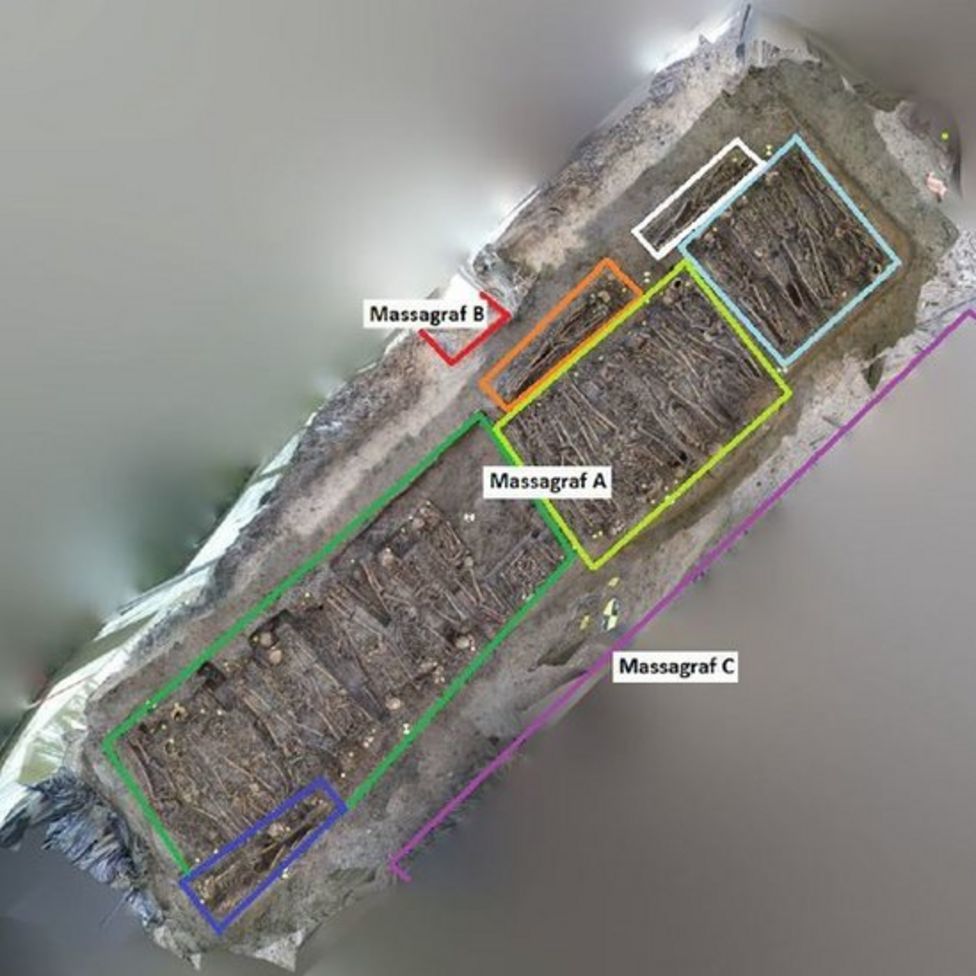 From late 1794-95, British soldiers were treated a short distance from the mass grave, and the researchers believe that the poor and cramped conditions of army life led to reduced resistance to bacterial infection.

The average age of the adult victims was about 26 although some of those who died were just teenagers. Around 60% showed traces of one or more infections which all had one cause - pneumococcal bacteria.

"If you read history books it's always about the people in power - mostly about armies and generals, kings and queens but never about the ordinary man who had to do all the dirty work," said Mr Veenstra, who believed this discovery helped fill in a gap in our knowledge of the time.

"That's what makes this interesting. They lived in very poor conditions, they all had a poor upbringing with a lot of malnutrition and hard work. They'd already damaged their backs by doing hard labour." 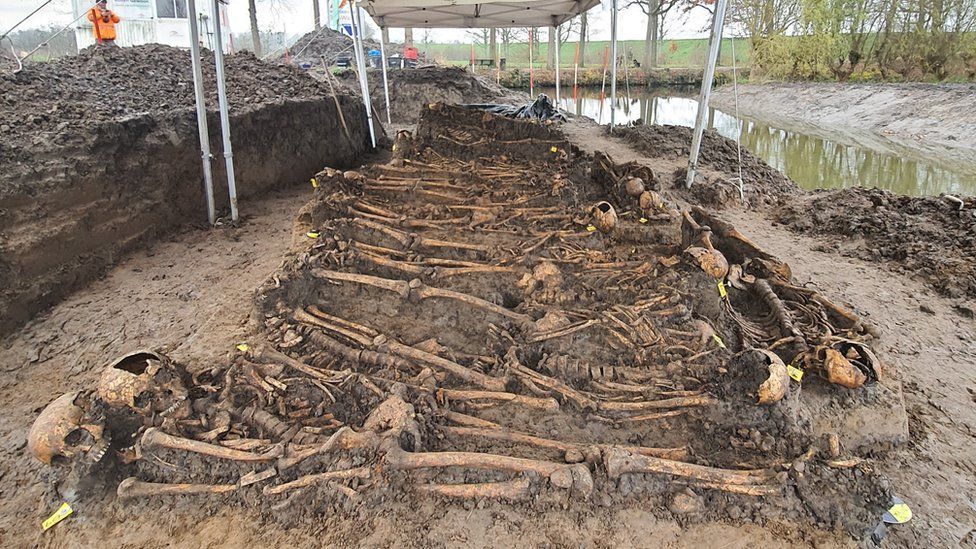