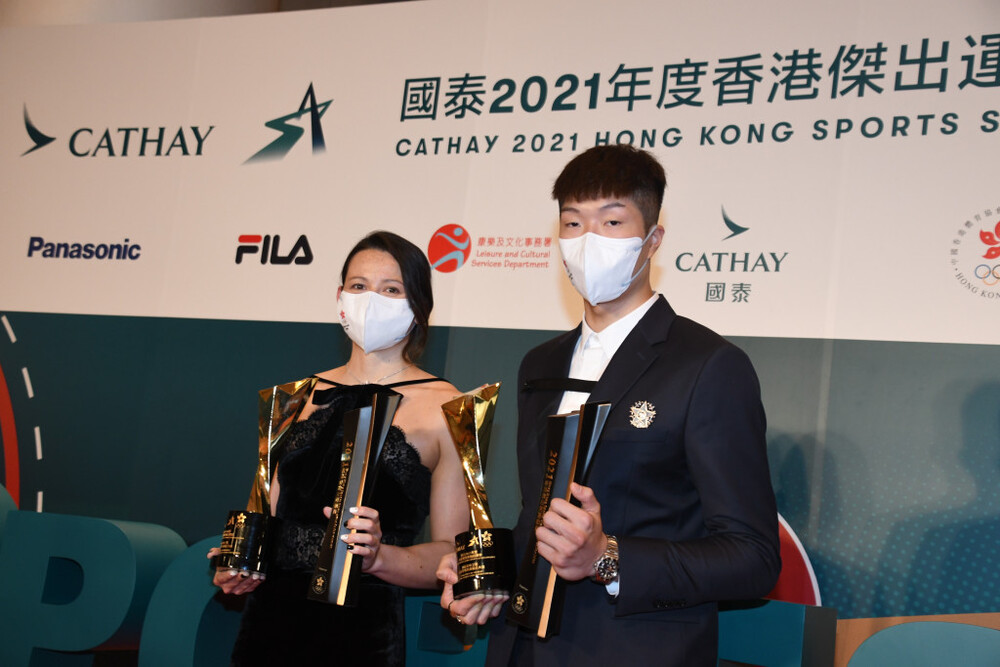 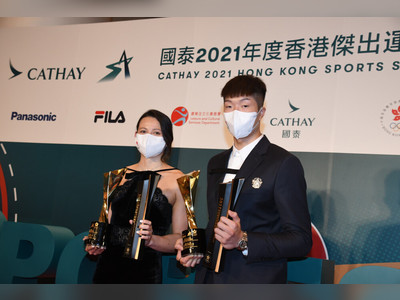 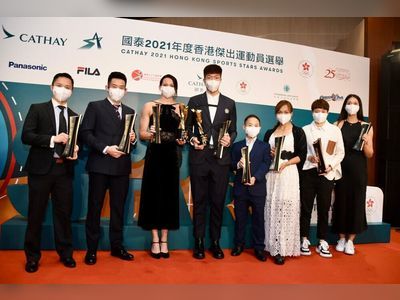 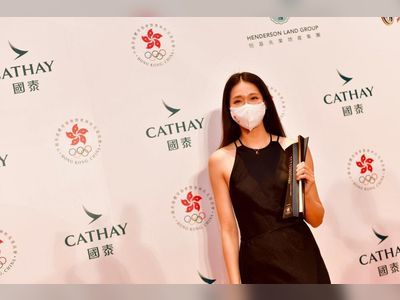 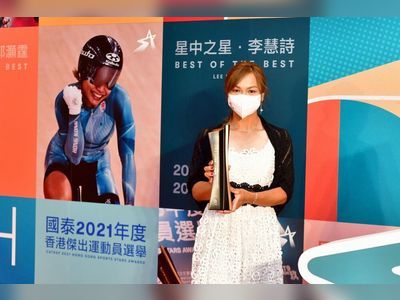 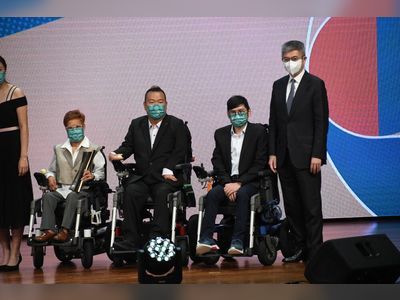 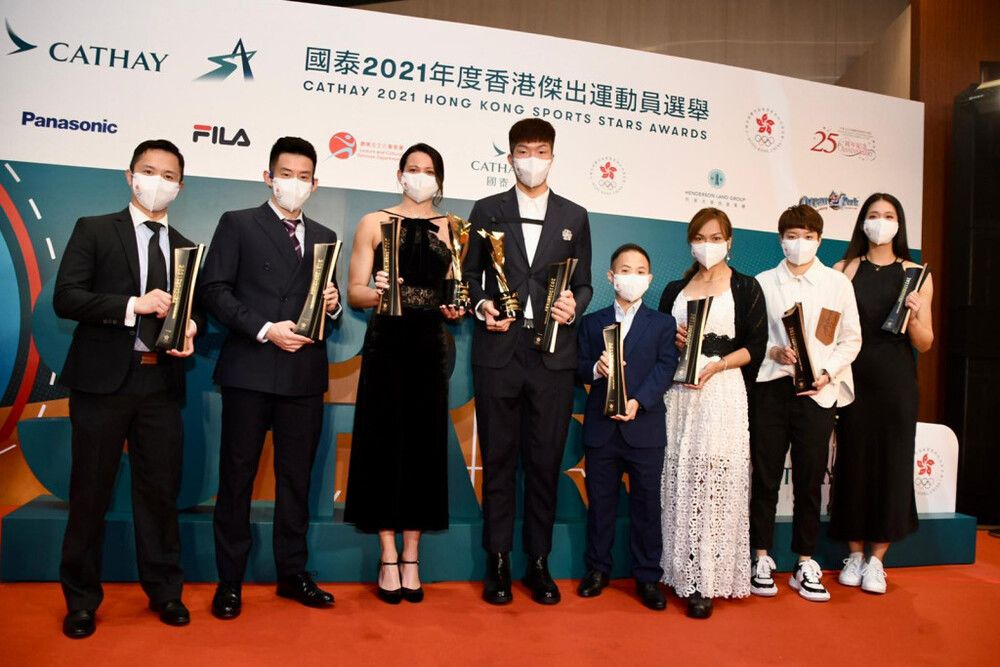 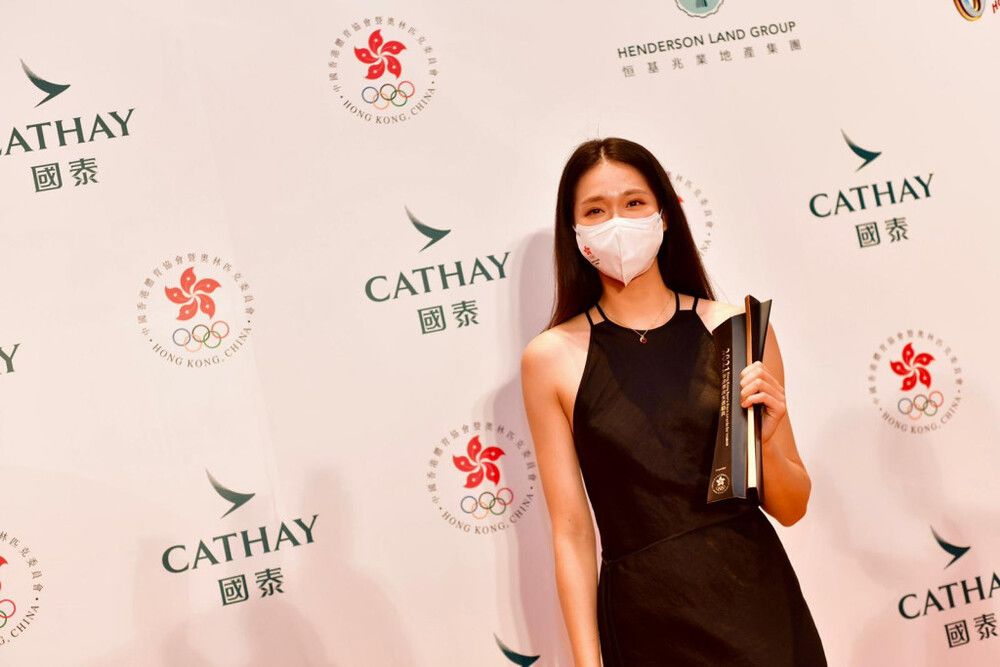 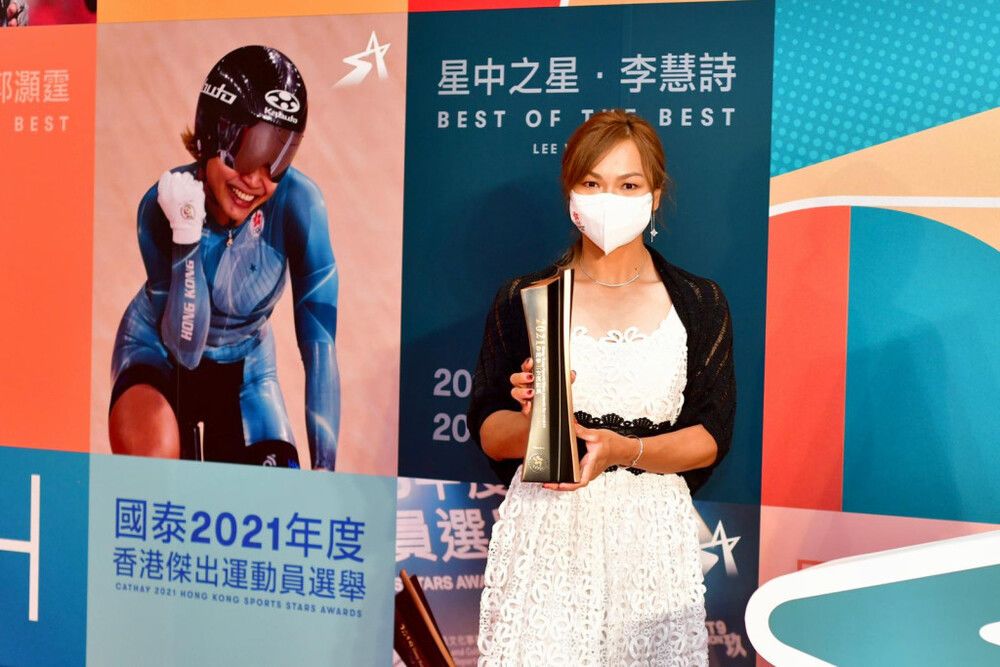 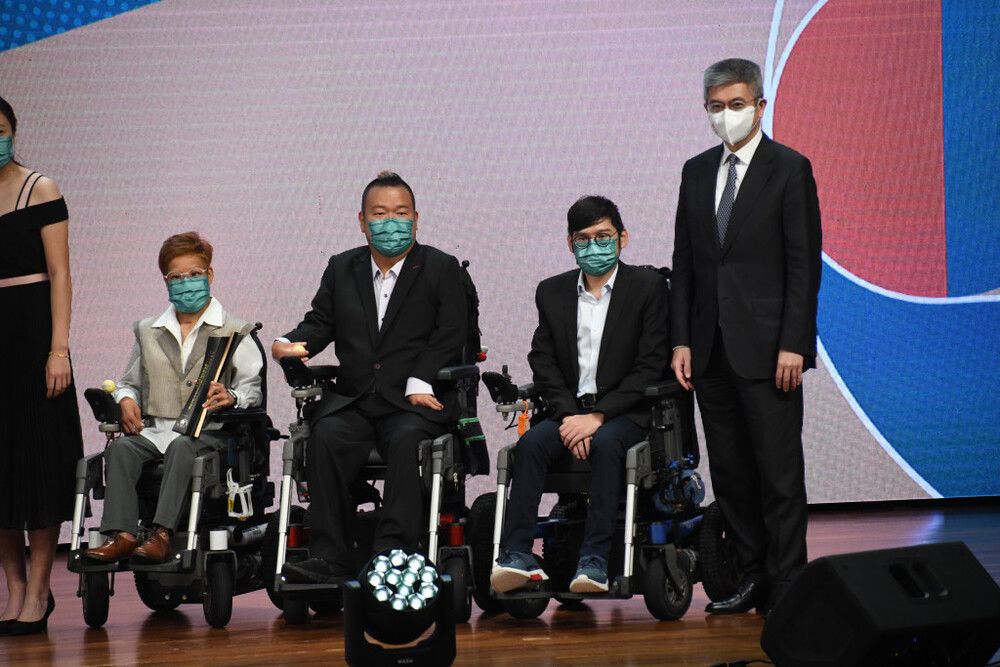 Famous local athletes – not in their usual sweatshirts or swimsuits – "suited up" with dinner jackets and dresses on Wednesday night as they attended the Hong Kong Sports Star Awards 2021, referred as the "Oscars" for the sports sector.

The award ceremony was originally scheduled on February 22 but postponed to Wednesday due to the pandemic.

The organizer split the eight Hong Kong Sports Stars Awards into ten awards this year – five each for the men and women categories.

Edgar Cheung Ka-long, who won a gold medal in the Tokyo Olympics fencing event last year, was one of the five male athletes awarded the trophy.

"I thank citizens for their support. This award is a recognition of my effort and toil. I also want to thank my family and the coach for not giving me up when I was at my lowest before the Olympics," Cheung said.

The other four were Chu Man-kai from para-badminton; Lau Chi-ming from Karate; Wong Zan-ting from table tennis; and Shek Wai-hung in gymnastics.

Cheung, on the other hand, triumphed the Best of the Best Hong Kong Sports Stars Award for Men, while that award for the women's category went to swimmer Siobhan Bernadette Haughey, who bagged two silver medals for the city in the 100m and 200m events in the Olympics last year.

"I know there are countless outstanding female athletes in Hong Kong, and it is an honour for me to receive this award. I am fortunate for I can go to the pool and do what I love most everyday, and many have supported me," Haughey said.