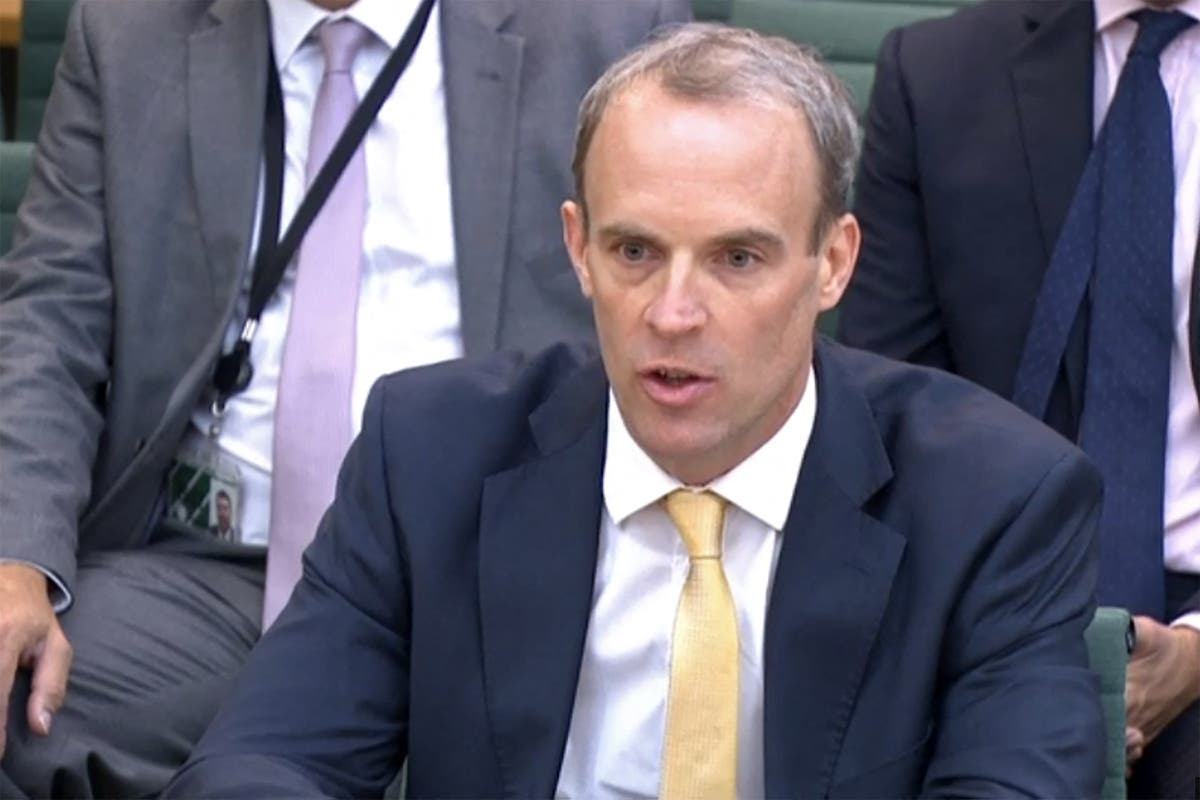 Dominic Raab: Not confident on how many left behind in Afghanistan

Dominic Raab said the government is “not confident” how many people who are eligible to come to the UK remain stuck in Afghanistan.

Dominic Raab said the government is “not confident” how many people who are eligible to come to the UK remain stuck in Afghanistan.

The Foreign Secretary faced tough questions on whether he went on holiday as Afghanistan fell to the Taliban from the Foreign Affairs Select Committee on Wednesday.

Responding to questions around Boris Johnson’s assertion the UK had saved the “overwhelming majority” of people they could get out of the clutches of the Taliban, Mr Raab told the Commons’ foreign affairs committee: “Any number we can’t get out is too many.”

He went on: “I’m not confident in the decision to give you a set number but I am confident that the Prime Minister is right when he says we have got the overwhelming number out.

“Our focus is now on getting as many people to safety in a structured way.”

Earlier on, the Foreign Secretary has admitted “a lot of people” were surprised by the pace of the Taliban advance as he was grilled by senior MPs.

Finally he admitted he would “not have gone away, with the benefit of hindsight” but he insisted he was “not going to start adding to, frankly, the fishing expedition beyond the facts”.

He insisted he had never considered resigning and was busy concentrating on the “herculean task” of evacuating 17,000 people from the region in recent weeks.

Mr Raab also suggested failures in military intelligence had meant the West had been caught off guard by the pace of the Taliban power grab in Afghanistan.

He said: “A lot of people were taken by surprise by the scale and the pace of Taliban advance and they only came [for evacuation] relatively late on.

“The lion share came through the surge at the door once it was evident that Kabul was likely to fall.”

Defence Secretary Ben Wallace has described the continuing evacuation efforts as “Dunkirk by WhatsApp”, with officials scrambling to contact Afghans who worked with the British military effort to help relocate them and their families.

Elsewhere, the Home Office said Afghans who worked with the British government and military will be able to move to the UK permanently.

It came after the number of UK nationals left behind in Afghanistan is in the “low hundreds”, Mr Raab said on Tuesday.
#boris johnson  #dominic raab  #afghanistan  #raab  #johnson
Add Comment