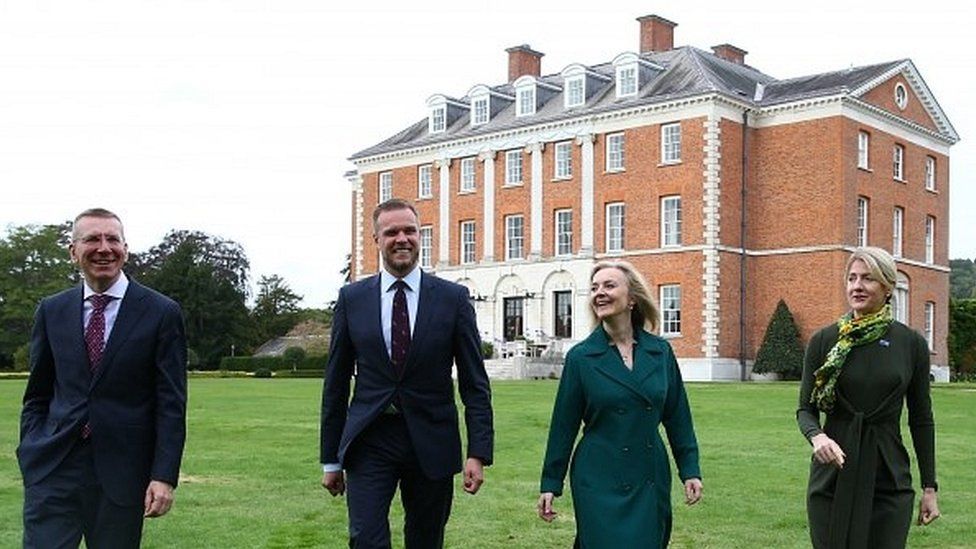 Liz Truss and Dominic Raab are to share the grace-and-favour Chevening House mansion, ending a row between them over who should have access to it.

The foreign secretary and deputy PM had been at loggerheads over the Grade 1-listed, 115-room country house in Kent since last month's cabinet reshuffle.

But Prime Minister Boris Johnson has decided they should both have use of it for personal and work use.

The building was gifted to the nation in the 1950s.

Since then, it has been up to the prime minister to decide who uses Chevening, with the foreign secretary the usual beneficiary.

Mr Raab was moved from that job in the reshuffle, becoming justice secretary and deputy prime minister.

Ms Truss, his successor as foreign secretary, appeared to stake her claim to the building when she posted a picture online of her meeting the foreign ministers of Latvia, Lithuania and Estonia there.

But Mr Raab was unwilling to relinquish Chevening.

In the end, Mr Johnson decided on a compromise, with a government spokesman saying: "The deputy prime minister and foreign secretary will share access to Chevening as has happened in previous administrations."

This happened under the coalition when Deputy Prime Minister Sir Nick Clegg and Foreign Secretaries Lord Hague and Lord Hammond used the house.

The 7th Earl Stanhope gave Chevening to the nation when he died, to allow a senior minister access to a grand retreat outside London.

This was inspired by the prime minister's use of Chequers, a country house in Buckinghamshire.