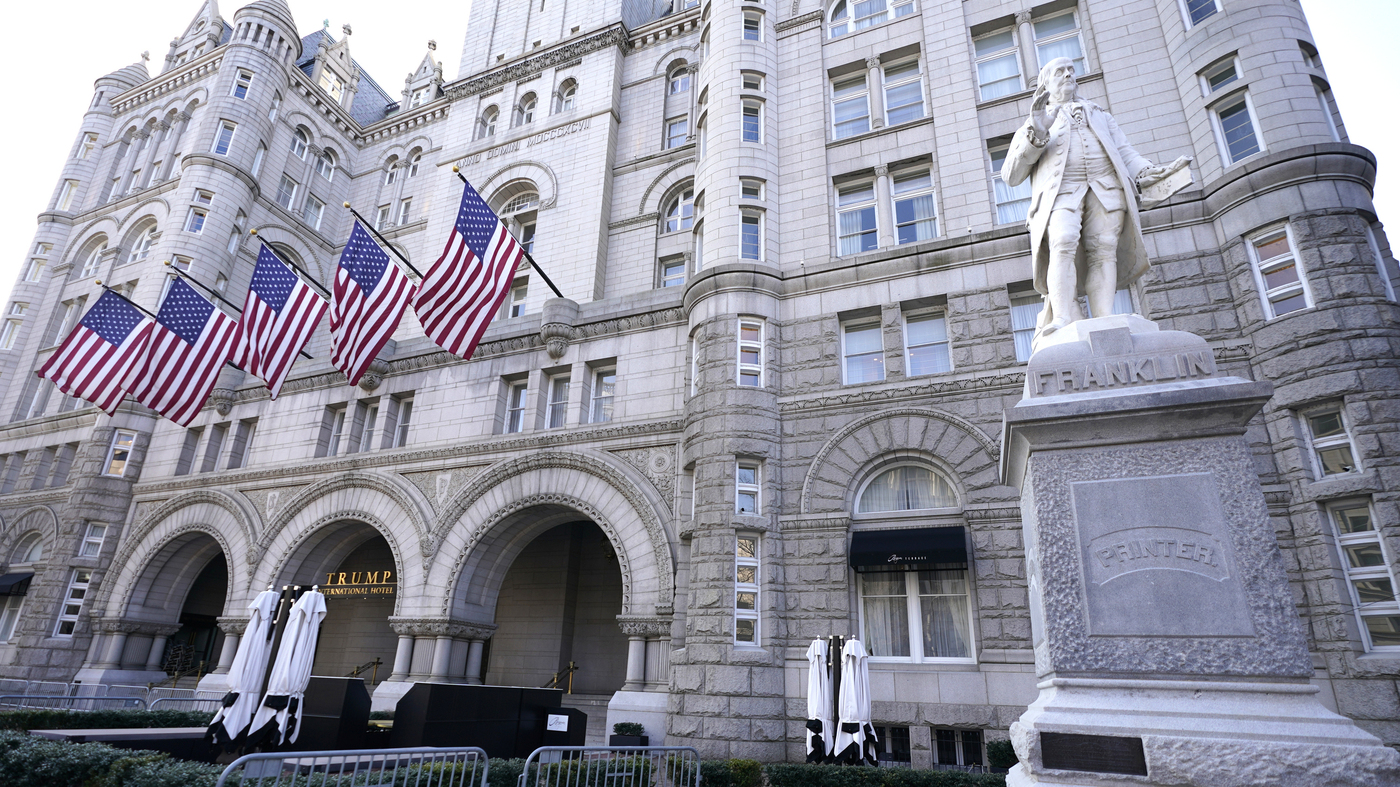 The Trump International Hotel incurred tens of millions in losses, while the former president claimed it was making money, according to a new cache of documents released by congressional Democrats.

The Trump International Hotel in Washington, D.C., a hangout for Republican allies of former President Donald Trump during his term at the White House, was a big money loser for Trump's company, according to a cache of documents released by congressional Democrats on Friday.

How big? The company incurred over $70 million in net losses, according to the House Oversight Committee.

The panel said Trump claimed the hotel, on Pennsylvania Avenue a few blocks from the White House, generated $150 million in revenue during his time in office. But it said that Trump "grossly exaggerated the financial health" of the hotel and that his company had to inject $24 million to aid the facility.

The Oversight Committee says its discoveries were in documents recently obtained from the General Services Administration (GSA), which negotiated a lease with Trump for the hotel, a former federal post office.

The committee also found that Trump received preferential treatment from Deutsche Bank, the German financial institution, which allowed Trump to delay making payments on the principal of a $170 million loan for six years. The panel says Trump personally guaranteed that loan. It also says Trump did not disclose "this significant benefit from a foreign bank" while he was president.

Also while he was president, the committee says, the hotel received an estimated $3.7 million from foreign governments that rented rooms in the facility, "raising concerns about possible violations of the Constitution's Foreign Emoluments Clause."

"The documents provided by GSA raise new and troubling questions about former President Trump's lease with GSA and the agency's ability to manage the former President's conflicts of interest during his term in office when he was effectively on both sides of the contract, as landlord and tenant," wrote the committee's chair, Rep. Carolyn Maloney, D-N.Y. and Rep. Gerald Connolly, D-Va., chair of the Government Operations Subcommittee.

The documents also show that Trump failed to disclose over $1.1 billion in outstanding loan balances for property the Trump Organization owned in Chicago, Las Vegas, New York and San Francisco when he applied to lease the building in 2011.

The committee has asked the GSA to provide it further documents, including details of the Trump hotel's loan from Deutsche Bank, foreign government payments to the hotel and loans by Trump or his businesses to the hotel. (Read the documents: Part 1, Part 2 and Part 3.)

In a statement, the Trump Organization said the House Oversight Committee's claims are "intentionally misleading, irresponsible and unequivocally false."

"First, it is clear that the Committee has a fundamental misunderstanding of basic accounting principles – including the difference between gross revenue and net profit. Second, at no time did the company receive any preferential treatment from any lender. Lastly, the Committee clearly fails to report that profits collected during the presidency were voluntarily donated back to the US treasury at the end of each fiscal year," according to the statement.

It said the committee is engaged in "nothing more than continued political harassment in a desperate attempt to mislead the American public and defame Trump in pursuit of an agenda."
#donald trump
Add Comment