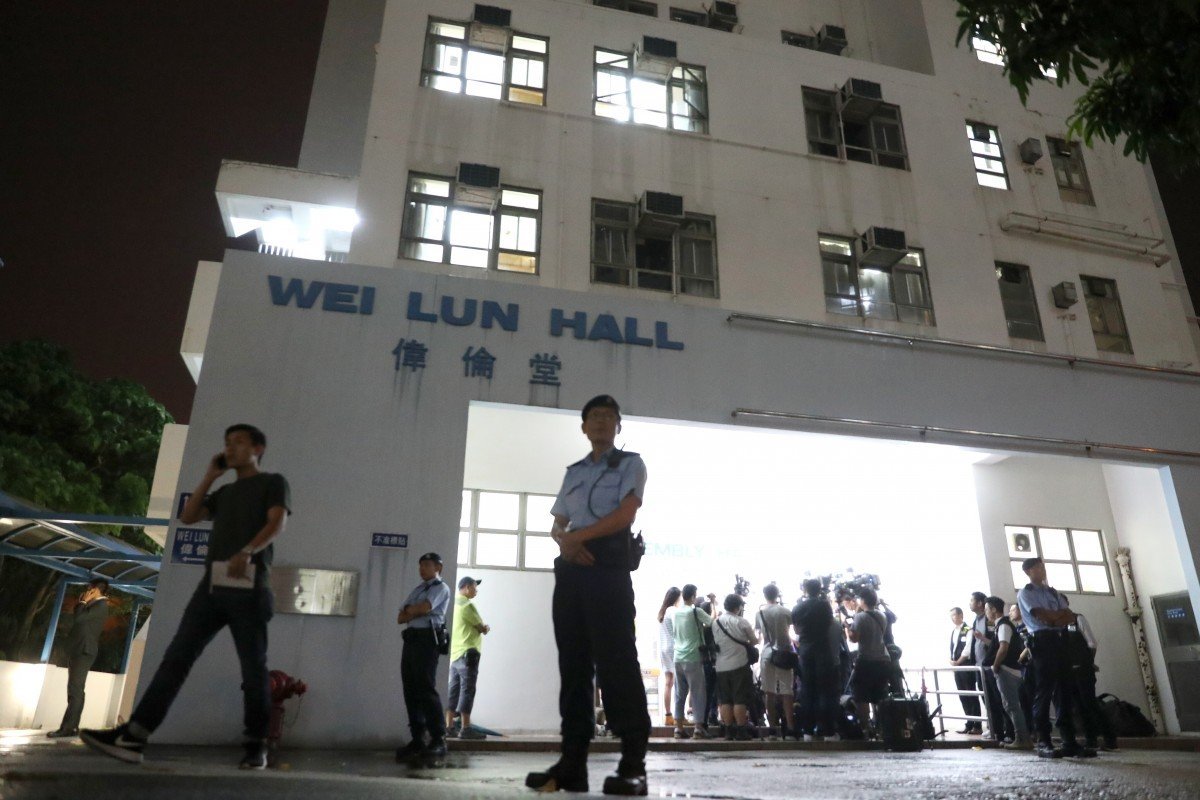 Cheung Kie-chung, 56, told the High Court he could not recall what happened from the moment he wrapped electrical wires around his wife’s neck to the moment she slumped in bed.

A University of Hong Kong professor on Friday testified in court that he strangled his wife two years ago when a dispute about orange juice snowballed into an argument over their daughter leaving home and the couple’s financial affairs.

But Cheung Kie-chung, 56, who denies murder, said he could not recall what happened from the moment he put electrical wires around the neck of Tina Chan Wai-man, 53, to the time she slumped in bed in their home in Wei Lun Hall, a university dormitory, on August 17, 2018.

By the time his memory returned, the associate professor from the engineering faculty said he was holding the two ends of the wires that had been twisted into a knot, which he then tried reversing, but to no avail.

“I was very scared,” Cheung told the jury. “I killed someone … and I did not want anyone else to know. I felt ashamed.”

“Dr Cheung,” defence counsel Graham Harris SC continued, “you are a highly intelligent man – how on earth did you think you could keep this from someone finding out?”

He replied: “At the time I was only thinking about how to hide her.”

The High Court heard the killing took place some time between 12.30am and 2am, when the couple’s son, Scot, was in his bedroom next door and Chan’s younger sister, Wai-yin, and her eight-year-old daughter, were a few metres away in the living room.

Thinking Wai-yin would look for her sister in the morning, Cheung pulled a suitcase from the floor next to Scot’s bedroom, deposited the body and returned the case to its original position. 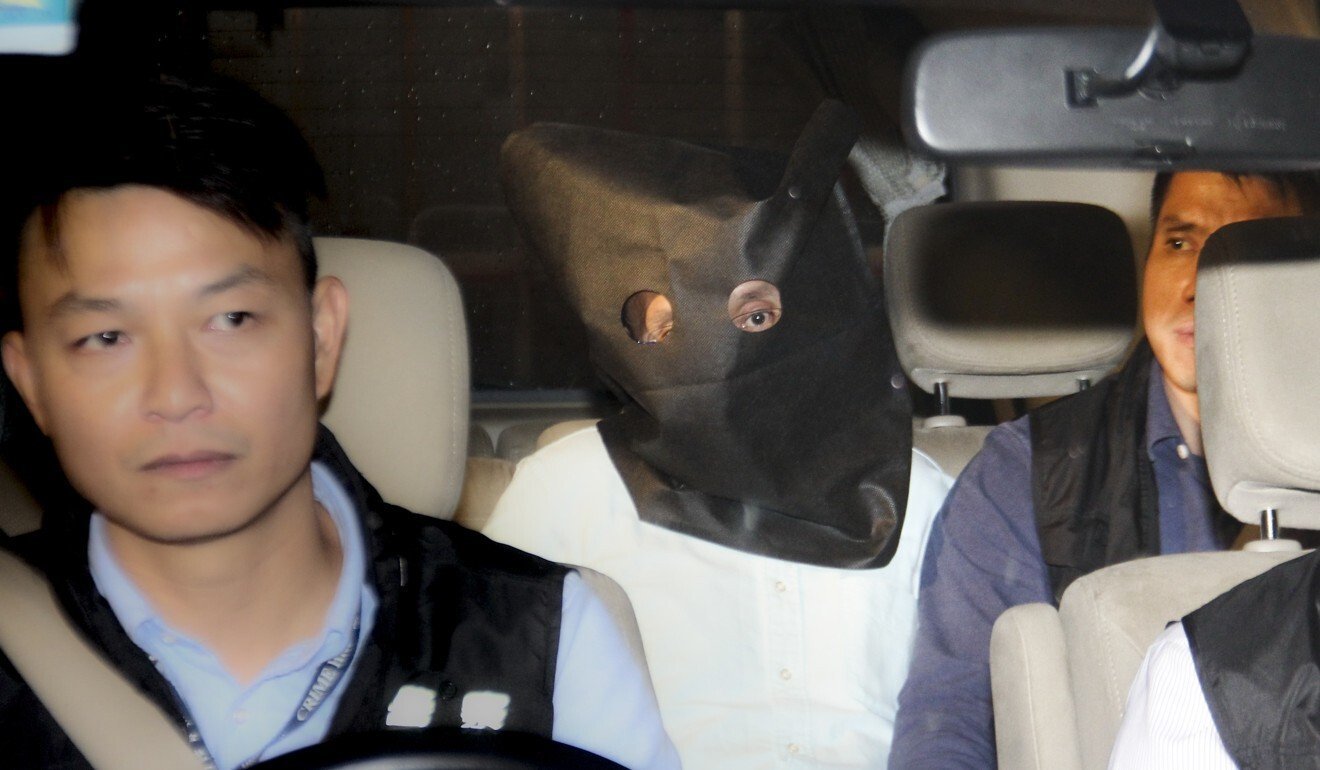 Cheung Kie-chung was arrested in August 2018.

Chan’s body was eventually recovered from a suitcase stored inside a sealed wooden box in the professor’s campus office on August 28, with two rounds of electrical cable around her neck. The cause of death was found to be “pressure on the neck”.

Cheung admitted to the killing from the outset but pleaded not guilty to murder, presenting the defence of provocation and diminished responsibility based on his depression, which his lawyers said had substantially impaired his mental culpability for the crime. Both murder and the lesser charge of manslaughter are punishable by life in prison.

His second day of testimony revealed his wife had a qualification in construction and was interested in electrical wiring, which could explain the various cables, wires and tools found scattered around their home.

The examination also delved deeper into his marital relationship and assets, revealing humiliating arguments – some of which he enacted in painstaking detail on the stand – and the origin of a HK$6.7 million (US$864,000) IOU police found in his bedroom.

The court heard Cheung was the breadwinner, while Chan made investments. Together they had five properties – which they rented out – on mortgage and a cash flow of about HK$500,000 (US$64,000) from 12 bank accounts in August 2018, while living rent-free at Wei Lun Hall.

The IOU showed the professor owed his wife HK$6.7 million, to be paid on the day on May 31, 2018 or with a million-dollar penalty the following month.

Cheung said Chan had demanded a post-dated cheque on the basis that half of his roughly HK$100,000 monthly salary belonged to her, adding up to more than HK$6 million over the years.

He later wrote her the cheque, as he did before for an alleged similar request for HK$6 million in February, after she reportedly got angry because he did not have his chequebook with him when he wrote the IOU.

Cheung said Chan told him “to eat faeces” when she was angry, called him “useless” at least once a month and “to drop dead” on occasions, such as when he explained why he could not just ask the dean to promote him, despite his heavy workload.

The professor said he would get so angry during intense arguments that his hands would shake, adding he would sometimes talk back but had never resorted to violence.

He did, however, admit he would easily get irritated and volunteered two examples of how he had lost control, saying he had once thrown a cordless phone and its charger out the window when she complained about him texting while he was dealing with official matters, and scolded a subordinate on another occasion for messing up a layout for a robotics competition. 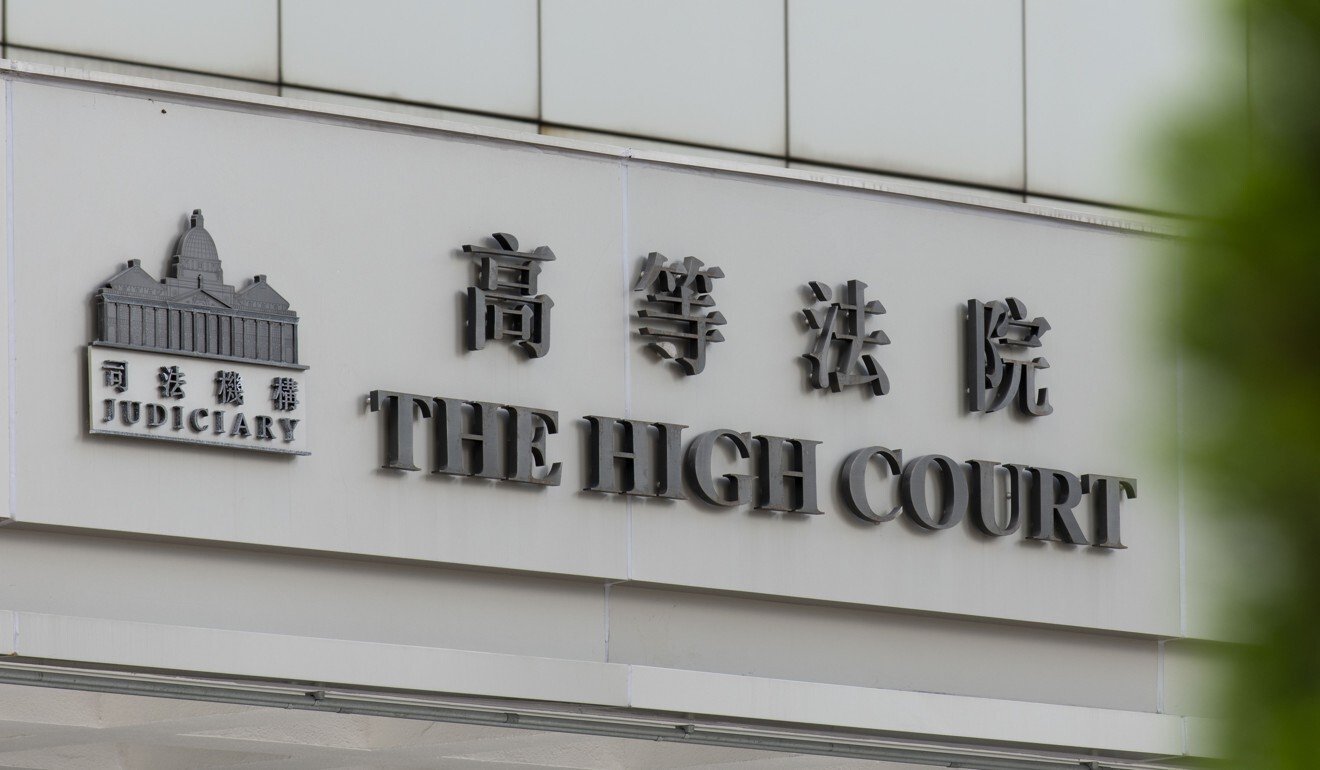 The trial continues in the High Court on Monday.

Cheung recalled that August 16, 2018 had started peacefully at home, and he was not under stress despite his busy schedule: interviewing dormitory recruits, fixing a toilet sink for a tenant, and meeting a bank manager upon his wife’s request, which left him just 15 minutes for lunch.

But he remembered feeling very angry at his wife that night when he learned their daughter Nancy had packed her things and left home after Chan allegedly refused Nancy’s request to clean up the toilet bowl in the bathroom they shared, which in a prank had been covered with plastic tape and chocolate spread for more than a week.

The court heard Scot had allegedly pulled the prank because he was angry at Chan for replacing his toilet seat with a stained one that had been used by one of their tenants.

But Cheung said he did not quarrel with Chan until later that night when he offered her a glass of orange juice while she was watching the popular historical drama Story of Yanxi Palace in their bedroom – only to hear her complain about its taste on the phone, with instructions to return the product for a refund.

Cheung said he got very angry because Nancy had bought the juice after noticing they had ran out at home, and he felt it was “unreasonable” to tell her off at this late hour.

“Are you trying to scold her [to the point] that she will not return home again?” he recalled asking his wife.

Chan allegedly responded by questioning Cheung’s parenting skills and their argument snowballed to include complaints relating to the toilet bowl incident and their respective financial contributions to the family.

As they took turns telling each other to leave, Cheung said Chan kicked him out of bed for the first time in their 30 years of marriage, which made him want to sleep in another room.

But when he slipped his hand under the bed to collect his slippers, his hand felt the loose wires instead, which he then grabbed with both hands and placed against Chan’s neck.

“I was thinking, ‘How come you still have so much to say?’” Cheung testified. “I put the wire in front of her neck, then I did not know what happened.”