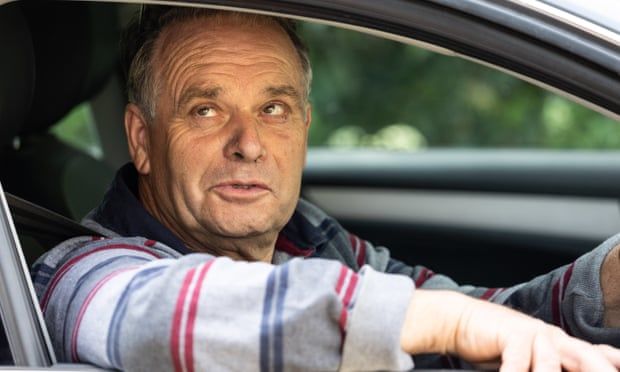 Parish resigns over ‘moment of madness’, and claims ‘it was tractors I was looking at on the internet’

Disgraced Tory MP Neil Parish, who resigned his seat on Saturday after admitting he had twice watched pornography in the House of Commons chamber, appeared to have committed a criminal offence which carried a maximum two-year prison sentence, Labour said.

But in an emotional interview announcing his resignation, in which he came close to breaking down in tears, he said his “biggest crime” was to have done so again – this time deliberately and in what he called “a moment of madness” – while waiting to vote.

Explaining what had happened, Parish, who also runs a farm, told BBC Politics South West: “The situation was that – funnily enough it was tractors I was looking at. I did get into another website that had a very similar name and I watched it for a bit which I shouldn’t have done.

“But my crime – biggest crime – is that on another occasion I went in a second time.”

Asked if that was deliberate, he admitted: “That was deliberate … that was sitting waiting to vote on the side of the chamber.” Parish added: “I will have to live with this for the rest of my life. I made a huge terrible mistake and I’m here to tell the world.” 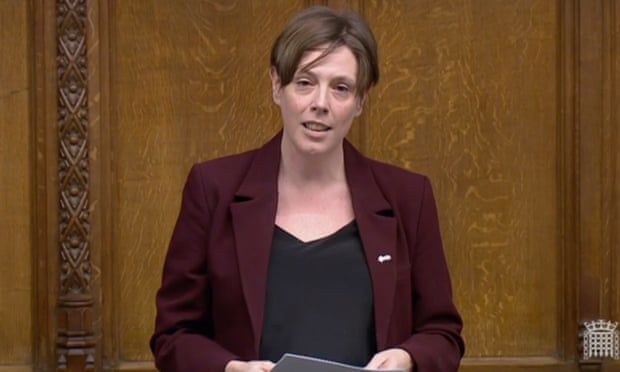 Jess Phillips, Labour’s shadow minister for domestic abuse and safeguarding, said it appeared that Parish ‘of his own admission’ had committed a criminal offence.

The dramatic resignation, after a week of lurid allegations about MPs’ conduct, comes just days before Thursday’s local elections throughout the UK, which are being viewed as a key test of Boris Johnson’s ability to survive as prime minister after Partygate and other scandals.

Parish’s exit now sets the stage for a second byelection battle this summer for the Tories, as Johnson fights for his political life.

Last night Jess Phillips, Labour’s shadow minister for domestic abuse and safeguarding, said that it appeared that Parish “of his own admission” had committed a criminal offence under the Indecent Displays (Control) Act of 1981.

The act states that: “If any indecent matter is publicly displayed the person making the display and any person causing or permitting the display to be made shall be guilty of an offence.”

It adds that: “Any matter which is displayed in or so as to be visible from any public place shall, for the purposes of this section, be deemed to be publicly displayed.”

Sentences range from a fine to up to two years in prison.

Phillips, who said the law was not widely known about and therefore not often enforced, told the Observer: “If this law was to be applied it appears he has committed an offence by his own admission.”

Phillips said: “There are plenty of laws on the statute books that are meant to protect women and girls in society, however they are not enacted. They are very rarely enacted appropriately.

“People don’t know they can complain about it. What we will do now is look into where charging has and hasn’t happened [under this law], such as on transport networks where people watch it on the bus next you.”

She added that greater awareness of the act would not be enough, but charges needed to be brought under it to demonstrate to people that watching pornography in public was completely unacceptable and would lead to prosecutions.

On Friday Parish had referred himself to the parliamentary commissioner for standards, Kathryn Stone, for investigation, but had said he would only stand down if found guilty. He said yesterday he changed his mind after realising the pressure he was putting his family under and the damage he was doing to his party.

Parish was identified and stripped of the whip on Friday afternoon after two female colleagues had claimed last week they had seen him looking at adult content on his phone while sitting near them in the chamber.

Although Parish retained the Tiverton and Honiton seat with a majority of more than 24,000 in 2019, the Liberal Democrats are now certain to pour resources into the midterm contest there as they battle to re-establish themselves as a force in the west country.

The Tories are already bracing themselves for another even tougher byelection test in the “red wall” seat of Wakefield, after Conservative MP Imran Ahmad Khan resigned following a conviction for sexually assaulting a boy aged 15 in 2008.

Labour had held Wakefield since the 1930s until Khan took the seat at the 2019 general election with a majority of 3,358.

Writing in the Observer, Commons Speaker Lindsay Hoyle demands a radical overhaul of the working practices in Westminster, after a series of scandals over sexual harassment and bullying.

Commons staff have been pushing for an overhaul for some time. They have raised concerns that the Independent Complaints and Grievance Scheme, set up in the wake of sexual harassment and bullying claims, remains a complicated, slow and often intimidating process. Some 43 complaints against MPs have been investigated by the service in the last three years. It is understood that the number for the current year is similar to last year’s figure of 15 MPs.

Hoyle is working to form a “Speaker’s conference” – essentially a cross-party committee – to examine swift reforms and back an overhaul. Such a conference was last called in 2008 to examine the representation of women, ethnic minorities and disabled people in the Commons. The committee will hear expert evidence before finalising the reforms. It would have to be formally approved by the government and the Commons.