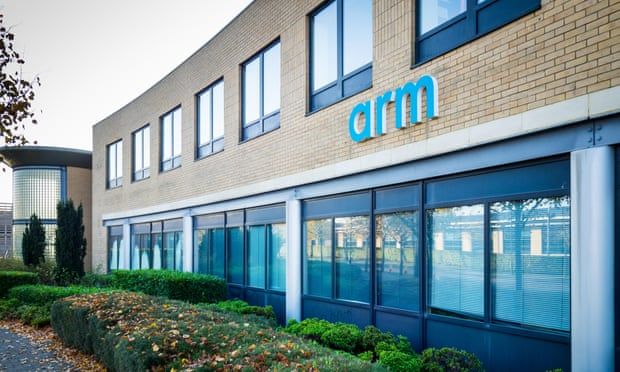 The UK government is finally taking a look at the sale of the chip designer to US firm Nvidia, but why not just buy a controlling interest?

Last September, Nvidia, the American manufacturer of graphics processing chips, and the Japanese company SoftBank announced an agreement under which Nvidia would acquire the British chip designer Arm from SoftBank for $40bn. Since SoftBank had acquired Arm in 2016 for $32bn, you could say that a 25% profit on a five-year investment isn’t to be sneezed at, especially if industry mutterings about SoftBank’s crackpot investment strategy and Arm’s internal difficulties with its China-based operation are to be believed.

But even if one were foolish enough to sympathise with SoftBank’s desire to climb out of the hole it had dug for itself, the idea that Arm should be sold to a US chip manufacturer is so daft that even Boris Johnson’s administration had begun to smell a rat. And so on Monday it announced that the secretary of state for digital, culture, media and sport was “intervening in the sale on national security grounds”, based on advice received “from officials across the investment security community”. To which decision the only possible response is: what took him so long?

To fully appreciate the idiocy of allowing the Nvidia deal to go ahead, some technical background might be helpful. Arm is a remarkable Cambridge-based company that emerged from the UK’s early lead in microcomputers in the 1980s, triggered by the BBC’s digital literacy project and the emergence of the BBC Micro. This famous machine was designed by Acorn, a Cambridge startup, and it provided the platform on which a generation of programmers and game designers first learned the basics of their craft.

After the success of the BBC machine, the question for Acorn’s founders was: what next? Their answer was to design a new kind of processor called a Risc (reduced instruction set computer) machine that had the potential for faster, cheaper and more energy-efficient computing. The company they set up to develop this idea was originally called Acorn Risc Machines, hence the acronym Arm, though it eventually became Advanced Risc Machines.

Arm was based on a clever idea from the outset, but the real stroke of genius was its co-founders’ invention of a novel business model. The company would not manufacture chips, but merely design processors to exploit Risc architecture and license the designs to anyone who wanted to actually manufacture the chips while paying royalties to Arm for the use of its intellectual property. This was astute because chip manufacturing is a hugely capital-intensive business feasible only for big companies with very deep pockets and an appetite for risk.

The key to Arm’s extraordinary growth was the smartphone revolution kicked off by the Apple iPhone in 2007. Suddenly, the world shifted to everyone wanting a powerful handhold computer that could access the internet. And all those little computers needed processors that were small, powerful and – most importantly – consumed as little power as possible. In other words, Arm designs. The result: something like 95% of all the mobile devices in the world now run on Arm-designed processors. That’s a British success story on an unimaginable scale.

But here’s the critical bit: Arm doesn’t make chips – that business is left to what are called “silicon foundries”, ie semiconductor fabrication plants. If you need a processor for your new phone or tablet or other gizmo and you’re willing to pay the royalty, you can use an Arm design. And so can your competitors. Arm can – and does – license its designs to all-comers because it’s not involved in their business! It doesn’t compete with its customers.

Nvidia, however, does make processors. Its graphics processing units (GPUs) are the wonders of the silicon world. Originally dominant in the areas of computer gaming, graphics processing and film animation, it turned out that they are also terrific for building machine-learning systems and neural networks – all stuff that happens on desktop computers or in large racks of servers in datacentres. And as the feeding frenzy over machine learning has become frenetic, Nvidia is booming, because it’s surfing a tsunami.

But it doesn’t really have a serious foothold in the mobile computing world, which is why it was hooked when SoftBank decided to dispose of Arm. In the crazed world of corporate mergers and acquisition it probably looks like a smart purchase. But in the long run it’s a way of crippling Arm (or perhaps even destroying it) because all chip manufacturers are, ultimately, competitors of Nvidia. They’re in the same business and in that racket only the paranoid survive.

If the Johnson administration is really serious about the UK continuing to have some real clout in the global digital economy, then letting the country’s one genuinely world-beating company go to a US firm (which is subject to US government rules about technology exports to China) would be certifiable lunacy. And the annoying thing is that an obvious solution exists: the government should take a 51% stake in Arm to protect it from corporate raiders and let it get on with what it does best.