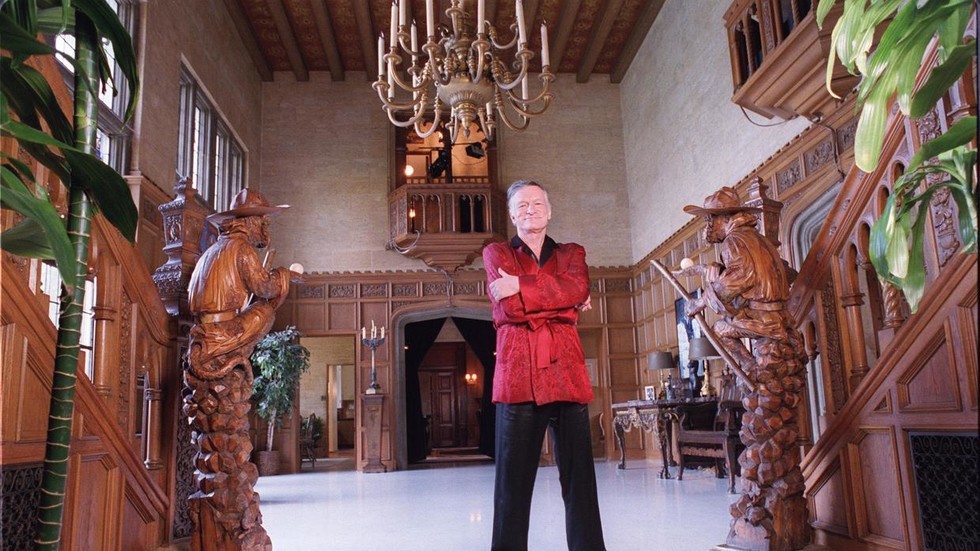 Playboy founder Hugh Hefner may have passed on in 2017 at the age of 91, but there are still plenty of people with much to say about the man, evidenced in a new documentary in which he is accused of everything from sexual assault to bestiality.

The 10-part A&E documentary series titled ‘Secrets of Playboy’, which premieres on Monday night, features many figures from Hefner’s life, including former Playmate models, as well as ex-girlfriend Sondra Theodore, who described the infamous cigar-smoking, pajama-wearing media mogul as a “predator” who groomed young women.

Theodore herself said she began dating Hefner when he was 50 and she was 19. She said he plied her with alcohol when she was under the legal age and later introduced her to drugs.

Perhaps the most shocking claim is Hefner’s supposed preference later in life for the company of animals.

“I walked in on him with my dog and I said, ‘What are you doing?’ I was shocked,” Theodore told the New York Post, claiming she caught Hefner performing a sexual act with the animal. “He made it seem like it was just a one-time thing, and that he was just goofing off. But I never left him alone with my dog again.”

Another woman claimed that adult film actress Linda Lovelace was coaxed with drugs by Hefner and other men to perform a sexual act on a dog at a party. That incident was recalled by former Playboy employee PJ Masten, who was for many years in charge of the Playmate models.

“She was drunk and drugged…They got her so messed up that they made her give the German Shepherd oral sex. You wanna talk about depravity? This is despicable,” Masten said.

Hefner also apparently had a penchant for snuff films and he was accused of filming sexual acts without consent, drugging woman and coercing them into sexual encounters.

Masten also accused Hefner’s “good friend” Bill Cosby of assaulting her. Cosby has been accused of sexual assault by numerous women whose stories cover the span of most of his career.

Former associates of Hefner claim he used the Playboy Mansion as a way to gather dirt on celebrities, models, and even law enforcement in an attempt to keep his alleged misconduct hidden from public view.

In a public statement responding to the documentary earlier this month, Playboy acknowledged there are “elements” of the company’s past they find “unworthy of our principles.” They added that the Hefner family is “no longer associated with Playboy.”

Hugh Hefner’s son, Cooper, has meanwhile defended his father, saying this week on Twitter that Hugh Hefner “was not a liar” and chalked up “salacious stories” about him as “regret becoming revenge.”