Excluding foreign domestic workers from the extended consumption voucher scheme is not only heartless but hurts Hong Kong’s image. A city with a good soul should care about the most deserving and vulnerable.

When I heard the news that the Hong Kong government would be extending the consumption voucher scheme to non-permanent residents, I thought “Great! Finally, they are being more inclusive.”

It became clear, however, that the extension would not include some of the most deserving residents in our community: the 400,000 foreign domestic workers, most of whom are from Indonesia and the Philippines.

The consumption voucher scheme, dispensed in two instalments worth HK$5,000 (US$637) each, is intended to boost spending in the local economy.

The first instalment was disbursed in April this year.

Having the second round of the scheme expanded to benefit non-permanent residents and people with “talents” (e.g., entrepreneurs and overseas students) but not overseas domestic workers is obviously class-conscious and – to be completely blunt – racist.

And to add insult to injury, these eligible non-permanent residents require no minimum period of stay to qualify for the bursary (they could have arrived in the city only days earlier). 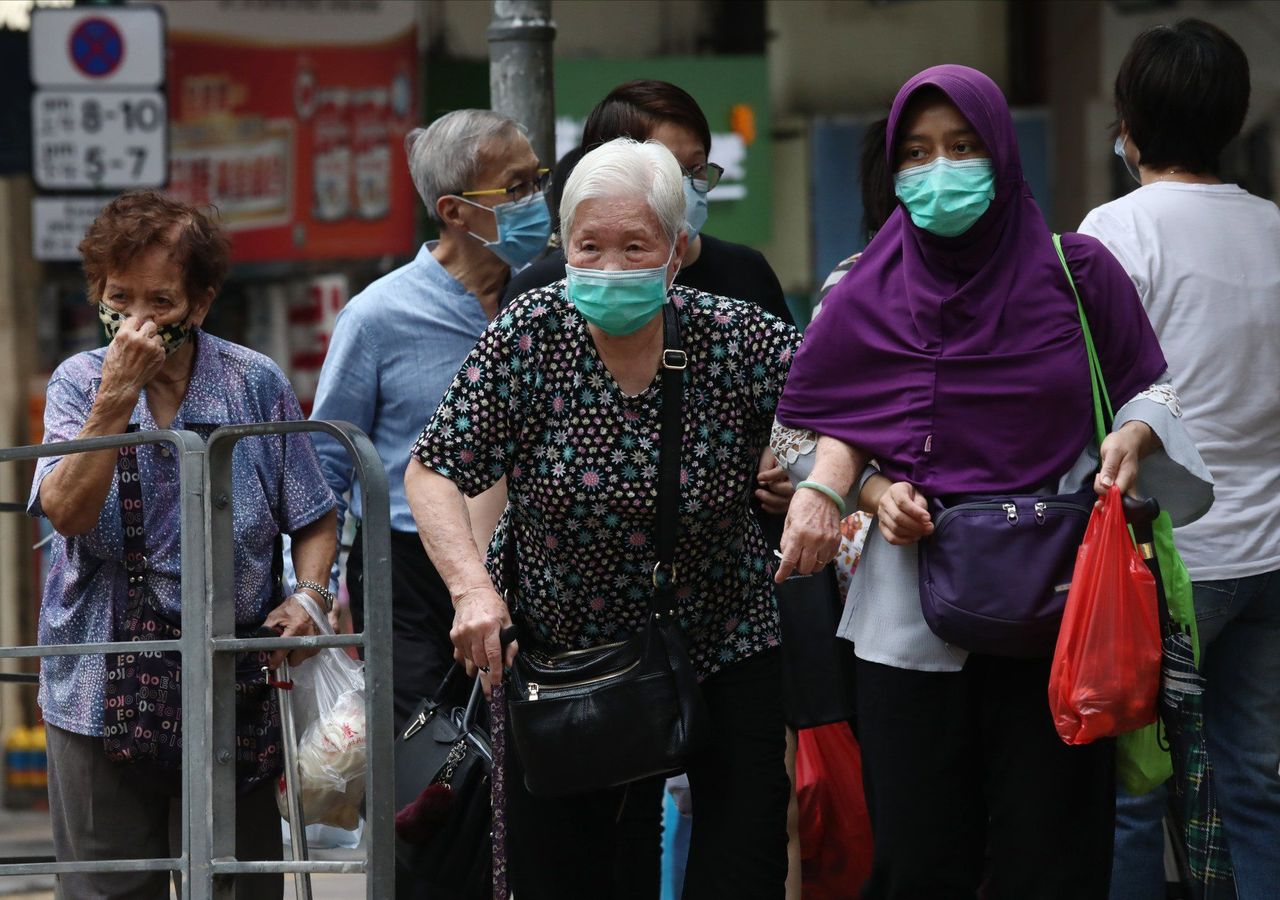 A domestic helper crosses the road with an elderly woman in Sai Ying Pun.

If you think about it, the HK$1.7 billion (US$216 million) being set aside for the extension of the scheme would be better spent on remunerating the many foreign domestic workers who care for local families at home so that their employers can work to contribute to the Hong Kong economy.

A good city has a good soul that inspires, excites and connects people. It’s not about how much cash it gives out but how much appreciation it shows to those who are most deserving.

Hong Kong would attract more talent to its shores if the government extended a hand to all its citizens, regardless of their standing in society.

Mahatma Gandhi said: “The true measure of any society can be found in how it treats its most vulnerable members.” The positive impact these overseas workers’ contributions have on Hong Kong’s economy should not be overlooked.

In 2018, Hong Kong’s domestic workers contributed an estimated US$12.6 billion to the city’s economy, which accounted for 3.6 per cent of our gross domestic product.

Their presence has enabled more than 110,000 mothers to rejoin the workforce, according to a study commissioned by information services company Experian, in partnership with Hong Kong charity Enrich. 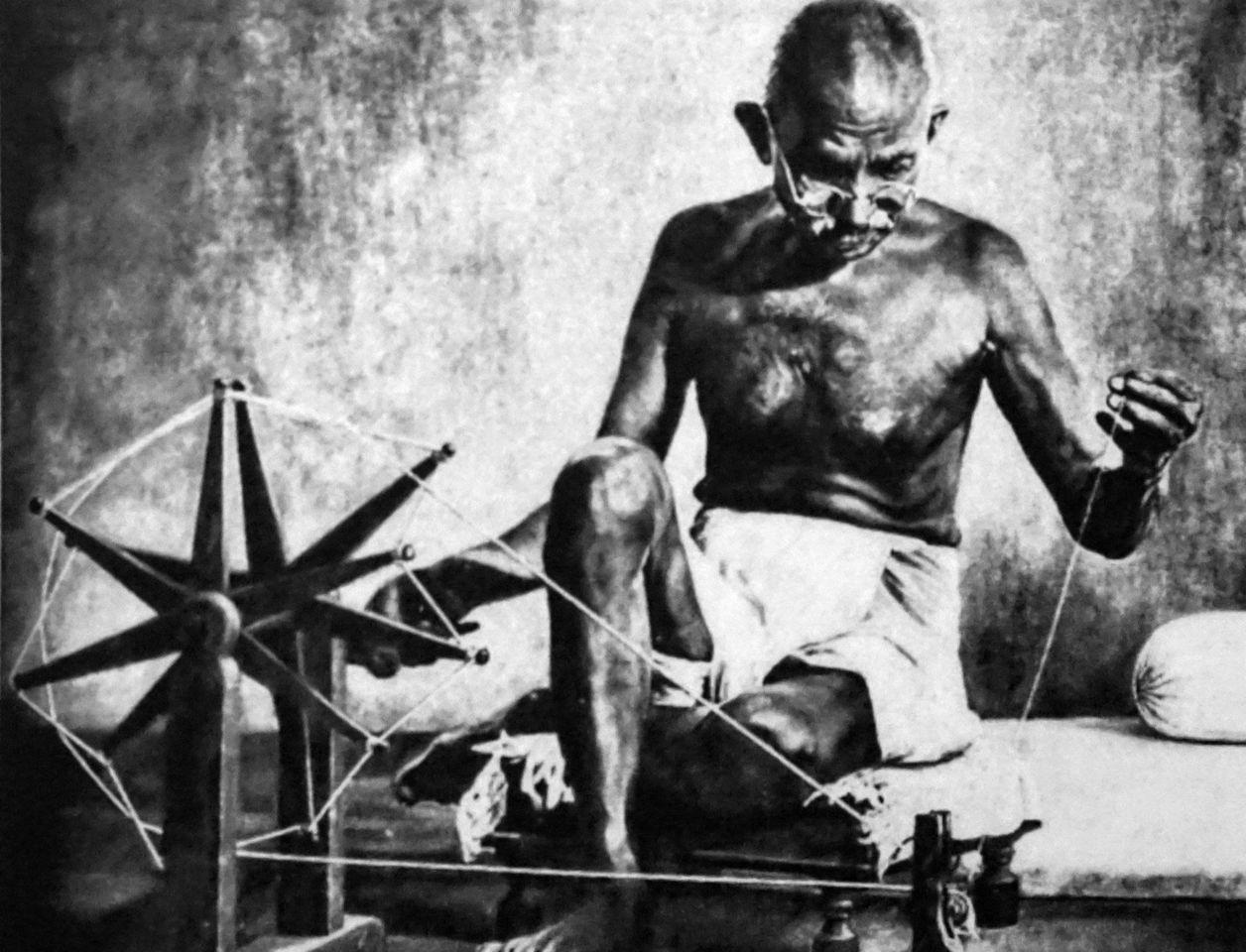 Mahatma Gandhi said: “The true measure of any society can be found in how it treats its most vulnerable members.”

The biased voucher scheme is, figuratively speaking, a slap in the face to all stay-at-home parents, as it implies that their contributions as primary carers are null.

As for foreign domestic workers, they were doomed from the get-go because of the pre-existing visa restrictions that prohibit them from ever becoming permanent residents, regardless of how long they work and live in Hong Kong.

Granted, that it is a complex legal web to untangle – but something needs to change. 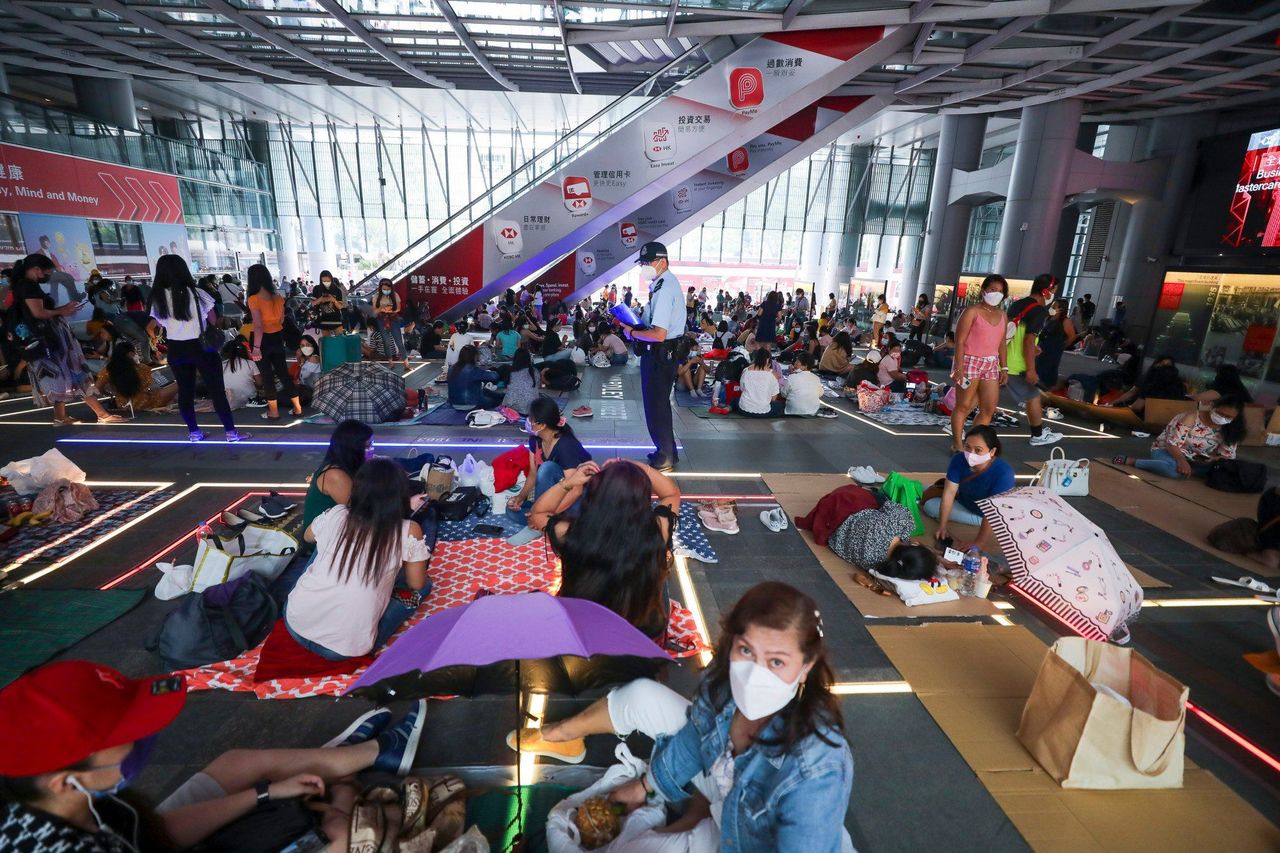 Domestic helpers in Central, Hong Kong Island, on a day off. Pre-existing visa restrictions prohibit them from ever becoming permanent residents.

Many foreign domestic workers spend a portion of their salaries on basic living expenses. Giving each of them a handful of e-consumption vouchers is more than fair, if not the bare minimum.

Excluding them from this scheme is effectively saying: “We need you to live with and care for our families, but you are not welcome to be a part of it.” The city has always treated them as if they are invisible and insignificant citizens when that could not be further from the truth.

If this is not discrimination, then what is it? And where is the Equal Opportunities Commission when we need them to call out the government on this systemic discrimination? Naturally, many migrant workers’ advocacy groups are up in arms, and frankly so am I.

I cannot help but feel a deep sense of shame and disappointment towards the government for being so blatantly biased, dismissive, prejudiced and heartless.

As these migrant workers’ representatives have said time and time again, there is a pattern of exclusion being perpetuated by the Hong Kong government and by society at large.

Having insufficient financial resources to cover this segment of the community is not an excuse. The government has enough in its coffers, but instead it has decided to give it to those they perceive to be more “deserving”. 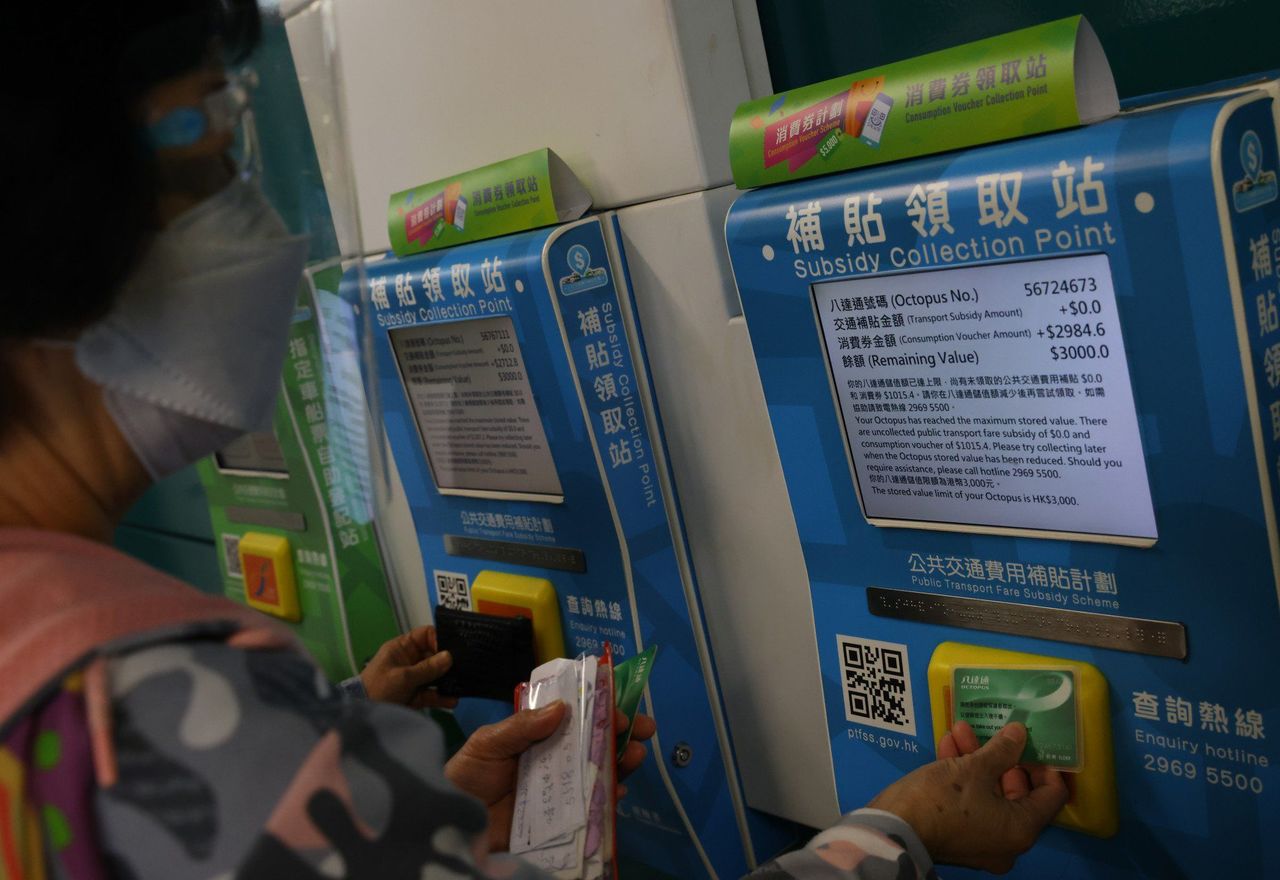 The consumption voucher scheme is intended to boost spending in the local economy. The first round was disbursed in April this year.

This is insulting because it effectively means that these hard-working foreign domestic workers are seen as having zero talent and zero contribution, which I believe many in Hong Kong would disagree with.

I would like to ask those at the government’s headquarters who are in charge of this unequal and unjust scheme to look in the eyes of their own foreign domestic workers at home and tell them that their work means nothing and that their “talents” are worthless.

Let’s face it, most of the city’s foreign talent and entrepreneurs would not be able to make optimal contributions to our economy if it weren’t for the contributions of our migrant workers. 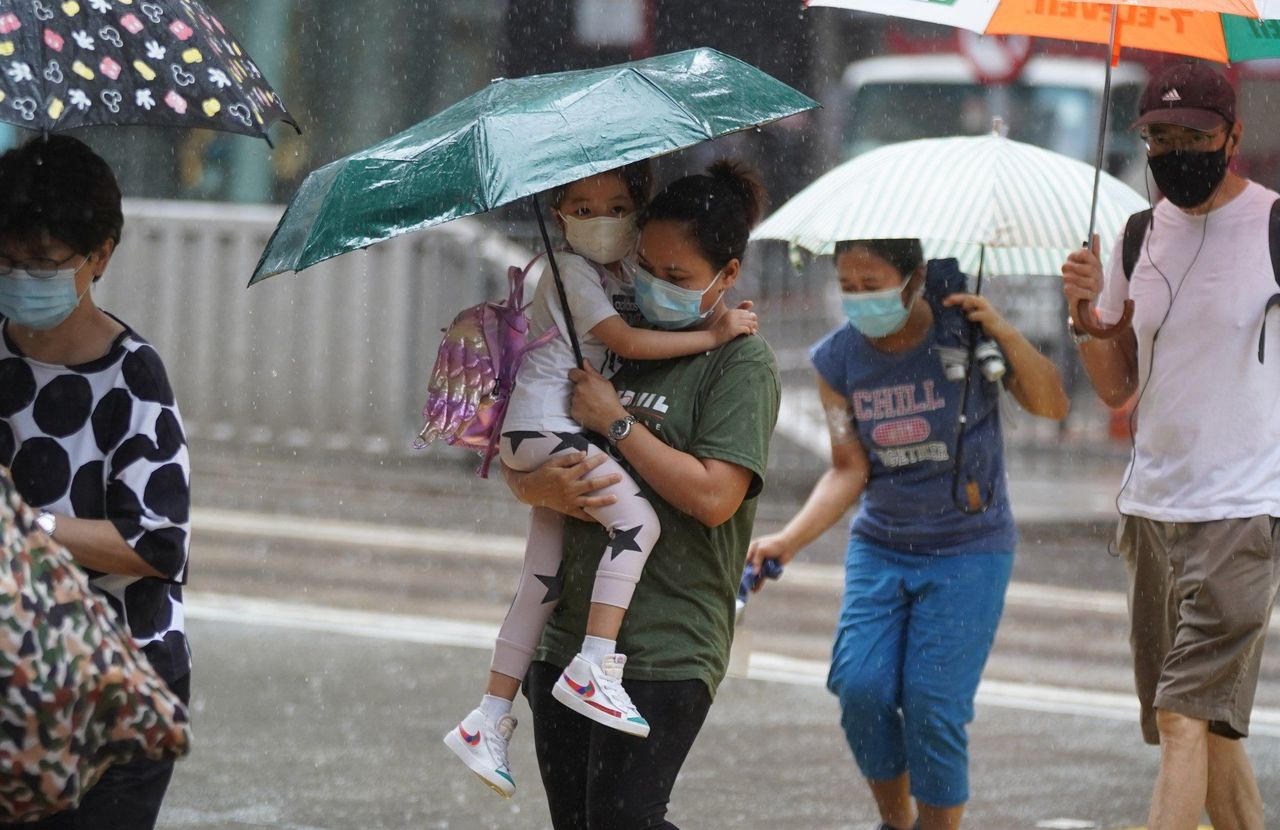 In 2018, Hong Kong’s domestic workers contributed an estimated US$12.6 billion to the city’s economy.