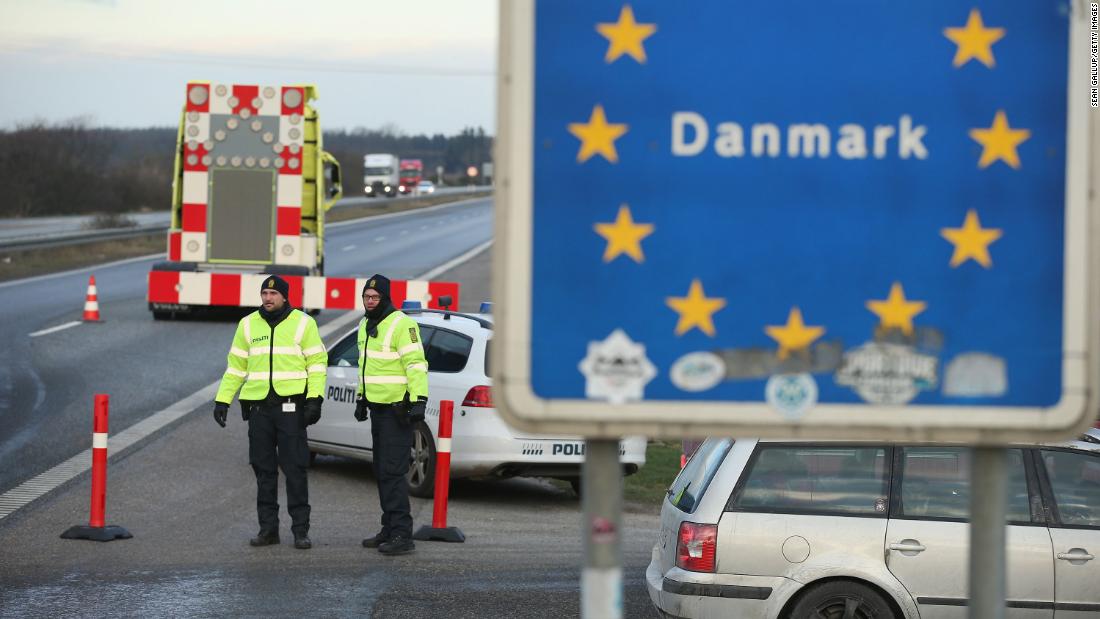 Denmark passes law to move asylum centers outside the EU

Denmark has passed a law allowing it to relocate asylum seekers to third countries while their asylum claims are processed, in a move that has drawn sharp condemnation from human rights groups.

The bill paves the way for the establishment of offshore asylum centers outside the European Union. It was approved in Danish parliament on Thursday, a parliamentary press officer told CNN.

The legislation aims to send asylum seekers to reception centers in third countries once a quick process has been completed in Denmark. But the government has yet to outline where these centers will be placed, as it has not reached an agreement with a third country, Danish government spokesperson on immigration Rasmus Stoklund told CNN.

The Danish Refugee Council called the law "irresponsible." Its chief, Charlotte Slente, said lawmakers had voted blindly for legislation that advocates for an asylum processing model "that does not yet exist and which they therefore do not know what actually entails."

Stoklund defended the government to CNN, saying the aim is to stop people "applying for asylum in Denmark" and free up resources, otherwise used on asylum claims, which can be used in refugee camps close to war zones where the government maintains refugees are in greatest need.

More than half of asylum seeker claims in Denmark last year were rejected, he said, adding that the government hopes that reduced asylum claims would help to counter issues of integration and criminality in Danish society.

The law is the country's latest hardline measure aimed at sending a blunt message to asylum seekers, and Denmark's refugee and immigrant communities.

In 2019, the Scandinavian nation became the first democratic European nation to tell Syrian refugees originating from Damascus and its surrounding countryside to return to the war-torn nation. That same year, the government forced social and ethnic change in 15 low-income housing estates across the country -- which it called "hard ghettos" and which Danish regulations define partly according to the races of residents.

The measures are championed by the governing coalition led by the left-wing Social Democrats, which critics maintain is copying the language and policies of the far right.

On Thursday, the European Commission expressed "concerns" regarding "the compatibility of this text with Denmark's international obligations," its spokesperson for home affairs, Adalbert Jahnz, told a press briefing Thursday.

He added that the kind of external processing of asylum claims is "not possible under existing EU rules or proposals under the new pact for migration and asylum."

The EU will "now analyze the Danish laws pending their entry into force before deciding on any next steps" Jahnz added.

The UN refugee agency (UNHCR) warned last month that the bill could encourage a "race to the bottom" where "other countries in Europe and the surrounding areas will also explore the possibilities of limiting the protection of refugees in their own territory," the body's Nordic and Baltic countries representative, Henrik M Nordentoft, said in a statement.

He added that it might be impossible to implement such a law without violating international obligations set out both in the human rights and refugee conventions -- which Denmark was the first signatory to in 1951.

Denmark, like other countries in Europe, witnessed high numbers of asylum claims during the height of the migrant crisis. In 2015, it registered 11,539 asylum applications. Those figures have gone down in recent years. According to Statistics Denmark, 756 asylum applications were lodged last year.
Add Comment