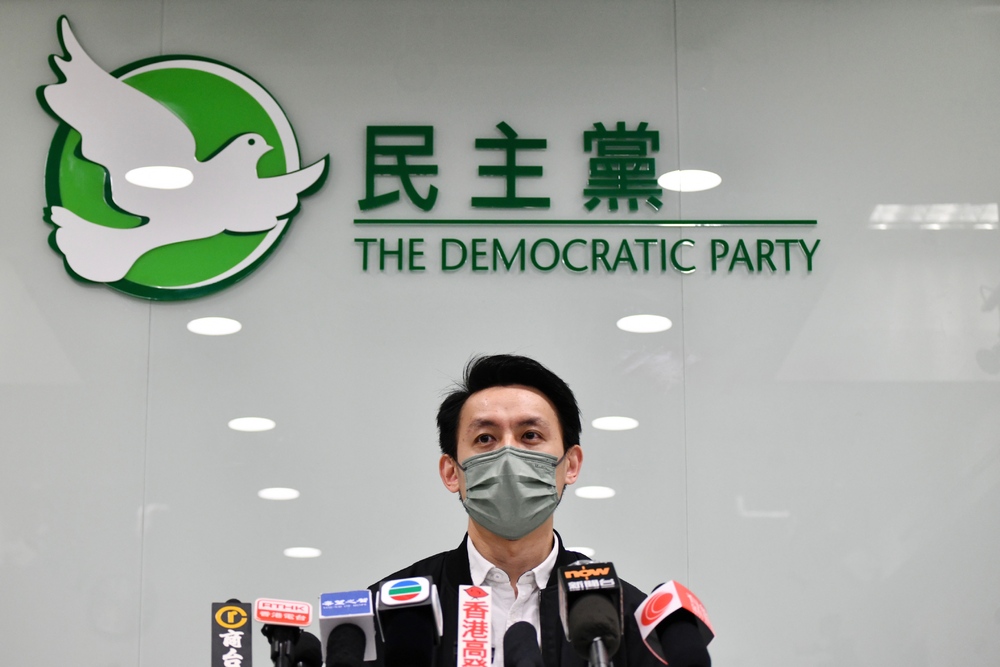 The Democratic Party should not forbid its members from running in the upcoming elections, or it could violate the national security law, said the vice-chairman of the All-China Federation of Returned Overseas Chinese, Lo Man-tuen.

In a commentary published in a Chinese local newspaper yesterday, Lo said the party should return to a more pragmatic and moderate route, as one side of the party is trying to “seek death” by boycotting the elections, while the other are “seeking survival” by joining the election. Beijing said "patriots administering Hong Kong" is not intending to create a "echo chamber", but that does not mean the new electoral system cannot do without the pro-democracy camp, Lo said.

“No matter whether the Democracy Party decides to run or not in the upcoming elections, there will be candidates from the pro-democracy camp, but if the democracy camp wants to fight for its survival, they need the elections under the new electoral system,” he added.

Being the biggest pro-democracy party in Hong Kong, he said, the Democratic Party should also bear in mind that forbidding its members to run in elections might violate the national security law.

He added that if the party forces members not to run, that would be equivalent to challenging or damaging the new electoral system, which might violate article 29 of the National Security Law under collusion with foreign forces. “If the Democratic Party acts recklessly and violates the national security law, then they might really go down a path of no return,” Lo wrote.

In response, Democratic Party chairman Lo Kin-hei said members will discuss the matter and reach a decision regarding whether they should run in the upcoming election during the members’ meeting on September 26. “His sentiment is very different from the election ethics in Hong Kong that I understand and therefore, I will look into it carefully,” Lo Kin-hei said. He also called on authorities to clarify Lo Man-tuen’s remarks on the relation between running in elections and breaching the National Security Law in order to make sure no citizens accidentally breach the law.

Executive Council member and senior counsel Ronny Tong Ka-wah said unless the behavior of hampering the elections are proven to involve collusion with foreign forces, such behavior will not breach the national security law. “The sentiment might not be entirely correct, as everyone, including political parties included, has the right to decide on whether or not to run in elections based on their judgments on the political atmosphere,” Tong said.

Tong has joined the Election Committee election under the legal subsector, with 16 candidates vying for 15 seats within the subsector.
Add Comment