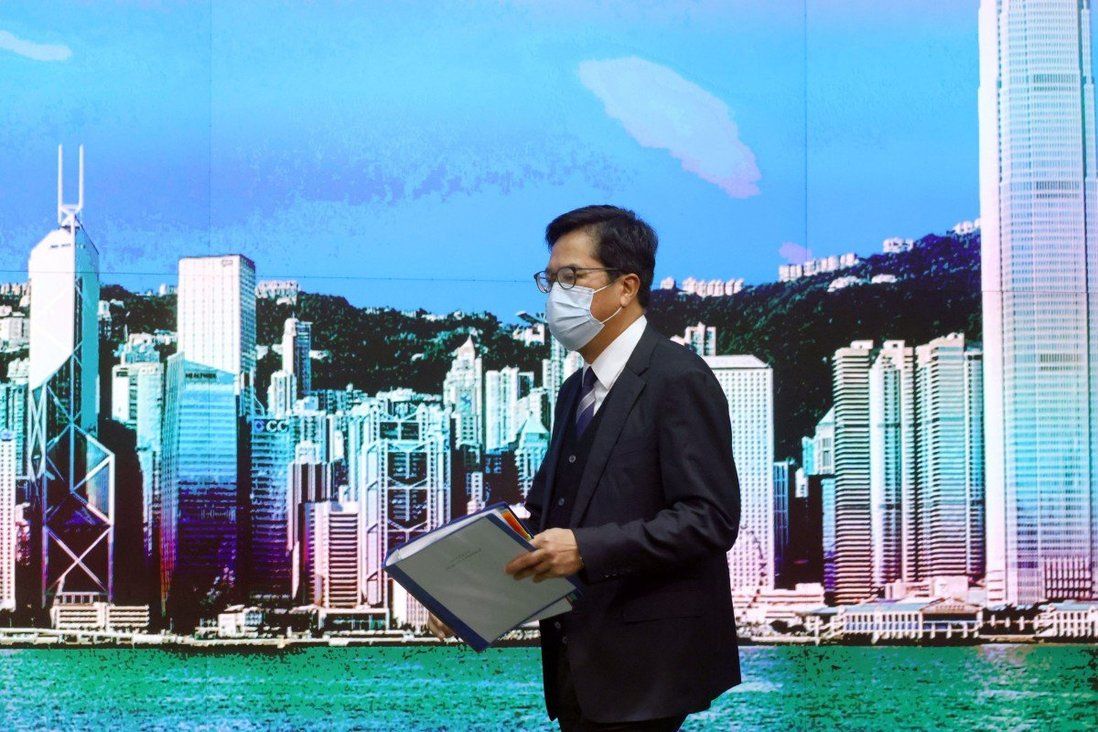 Hong Kong’s government set a larger-than-expected minimum size for the city’s new homes and increased the supply of residential land to a four-year high, as the authorities announced a new housing strategy to tackle one of the most intractable socioeconomic issues in the world’s least affordable city.

The tiniest living space built on government land must not be smaller than 280 square feet (26 square metres), Secretary for Development Michael Wong Wai-lun said at a press briefing, adding that the new rule will be tested in Tuen Mun, where 2,020 flats will be built. The market was expecting a minimum size of between 200 and 250 sq ft.

Hong Kong’s government will also expand the supply of housing land in the coming three months, bringing the total number of new homes to 20,080 for the financial year ending March 31, 2021. That exceeds the annual target by 56 per cent, Wong said.

“The government will continue to speed up the pace of making land [available] and building homes,” Wong said. It will “continue to use a multipronged approach to maintain stable supply” in response to Hongkongers’ housing demand, and offer solutions to address issues of “economic and social development,” he said.

The total supply will be the highest since the 25,500 units in the financial year ended March 2018.

MTR will follow the government’s minimum size requirement for its project, while the URA was already adhering to an even higher minimum size of its own that translates to about 300 sq ft, added Wong.

Wong said the new minimum size requirements would not drastically affect homebuying options as there are still plenty of homes in the market that measure less than 300 sq ft.

He said the impact on land bidding would not be great either, since only 13 per cent of new homes in the past five years measured less than 280 sq ft.

If the trial in Tuen Mun is successful, and the minimum size does not prove problematic for the market, the limit will also be implemented in future parcels.

Asked whether the housing authority would follow the new size protocol, a spokesman from the Housing Department said the priority was still to make good use of land resources to build more public housing units.

When asked why 26 sq m was chosen, Wong said another subsidised project at Anderson Road in Kwun Tong that had a minimum size limit of 23 sq m, or 250 sq ft, was used as a reference point. As the Tuen Mun parcel is a private parcel that is one step higher on the housing ladder, the decision was taken to set the threshold 10 per cent higher.

The Tuen Mun site is suitable as a testbed for the limit as it can house a high number of units, Wong said.

“Now that we have set the rules of the game clearly, [developers] will not need to worry about their peers benefiting from a layout with very small units,” Wong said. “We think it is a level playing field. It is a very fair-game rule.”

The introduction of a minimum size would make housing even more unaffordable for home seekers on a budget, according to Martin Wong, head of research and consultancy in Greater China at Knight Frank.

“The elimination of nano flats – those less than 200 sq ft – will increase the barrier for budgeted first time home buyers,” said Wong.

“It may be beyond the budget of some first time buyers.”

For now, the city’s famous nano flats are still available in new projects.

Chun Wo Development will offer 120 units at its Soyo project in Mong Kok for sale on Sunday. Units on offer range from 152 sq ft to 228 sq ft, and are priced between HK$3.38 million and HK$6.56 million.

Hong Kong’s lived-in home prices fell to a seven-month low in November after peaking in August, as buyers were put off by the stock market slump and a looming interest rate increase in the United States.

Prices dropped to 391.5 last month, down 1.18 per cent from October, according to an index published by the city’s Rating and Valuation Department on Wednesday. That marked the steepest decline since February 2020, when prices retreated 1.65 per cent, according to the government data.

“The elimination of nano flats – those less than 200 sq ft – will increase the barrier for budgeted first time home buyers,” said Martin Wong, head of research and consultancy in Greater China at Knight Frank.

“It may be beyond the budget of some first time buyers.”