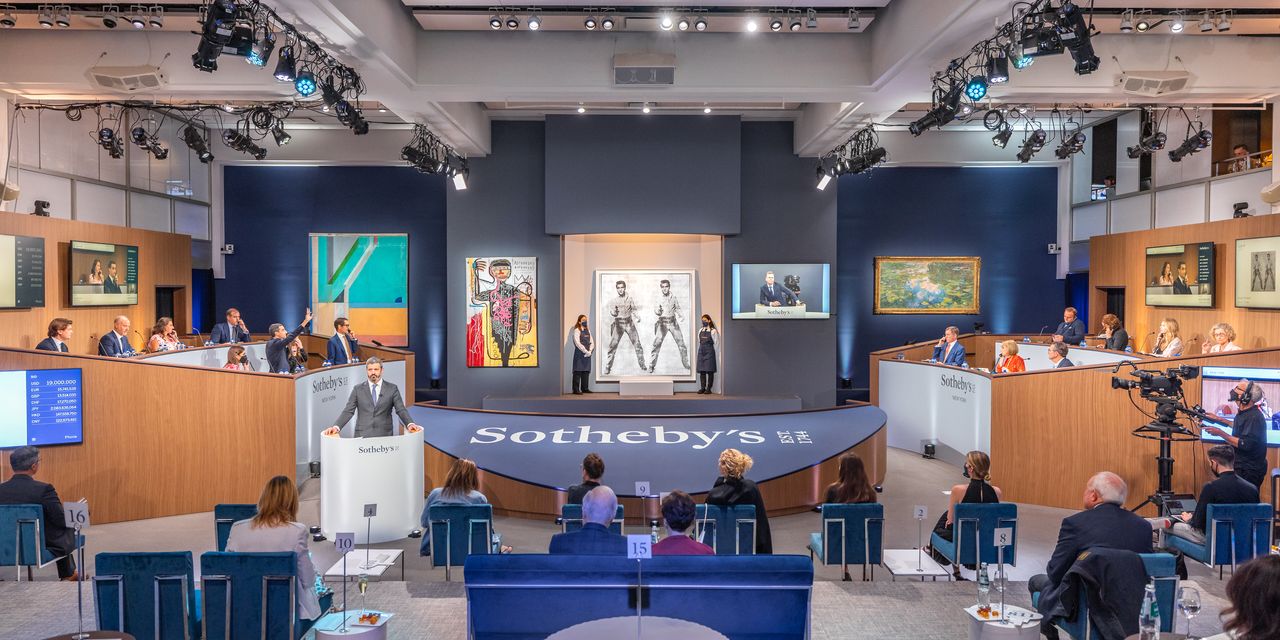 The global auction market soared to record levels in 2021, with Christie’s, Sotheby’s, and Phillips posting a combined US$12.6 billion in sales, according to a report released Tuesday.

Sotheby’s maintained its leading position,accounting for 49.8% of the total auction sales last year, with auctions running at US$6 billion. That’s the highest level in the company’s 277-year history.

New York retained its position as the global art hub, accounting for 48% of auction sales in 2021. Hong Kong, with a market share of 19.4%, replaced London to become the second most important art market, where the three auction houses saw a combined US$2.45 billion in sales.

Online sales continued to explode as the three auction houses adapted to the global pandemic. Online-only sales amounted to US$1.35 billion, up 28.2% from 2020 and accounting for 10.7% of total auction sales. Online-only sales were at a mere US$168.2 million in 2019.

In terms of categories, post-war and contemporary art accounted for 32.8% of the market in 2021, with total sales of US$4.14 billion, according to the report.
Add Comment