David Walliams has admitted making "disrespectful comments" about two Britain's Got Talent contestants during a break in filming in 2020.

A leaked transcript of a recording showed the talent show judge making derogatory and sexually explicit remarks, according to the Guardian.

He has said sorry, and that the remarks "were never intended to be shared".

The show's producers said they had spoken to him about his "future professional conduct".

The comedian and author has appeared on the ITV programme since 2012.

In a statement, the TV personality said: "I would like to apologise to the people I made disrespectful comments about during breaks in filming for Britain's Got Talent in 2020.

"These were private conversations and - like most conversations with friends - were never intended to be shared. Nevertheless, I am sorry."

The comments were picked up by microphones during discussions between the judging panel while recording an audition show at the London Palladium, the Guardian said.

One was reportedly aimed at an older performer who had made a jibe about Walliams while joking with the judges.

The other incident occurred shortly after a woman had walked off stage, with Walliams apparently referring to her as a "slightly boring girl you meet in the pub" who thinks you want to have sex with her.

In a statement, ITV said: "We do not condone the language outlined in these allegations, and we have spoken to the producers of Britain's Got Talent.

"Duty of care towards all participants on any of our programmes is always of paramount importance and we have protocols and guidelines in place for all our production partners." 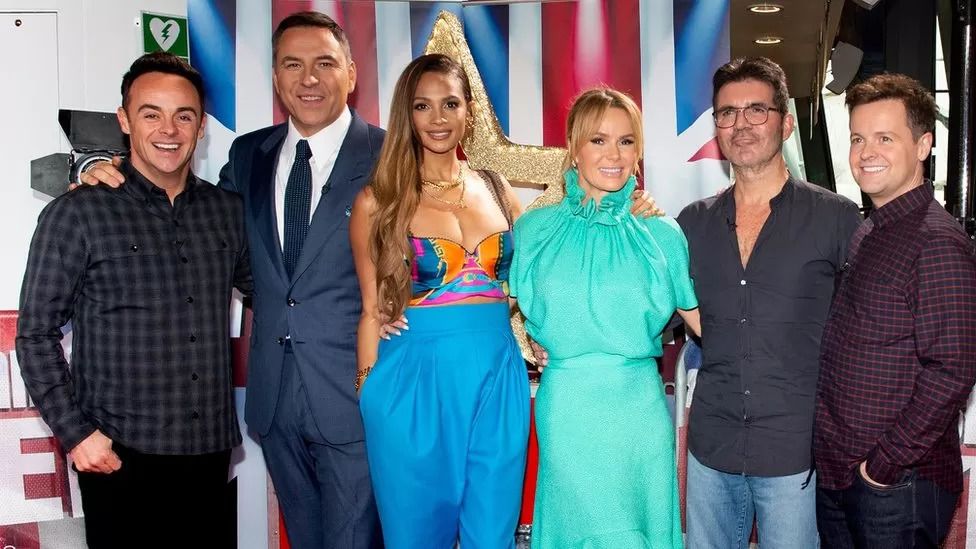 A spokesperson for Thames TV, which produces the show, said the company regarded Walliams' comments as private, but that his use of language was "inappropriate".

They added: "Even though it was private, those involved have been spoken to and reminded of their responsibilities and the show's expectations as to future professional conduct."

A spokesperson for Cowell and Syco Entertainment, the co-producer of Britain's Got Talent, said they were "unaware" of the alleged conversation until contacted by the newspaper, stressing that "Britain's Got Talent is a family show and we do not condone the use of any such language".

There is no suggestion that Cowell or any other judges made any such remarks.

Noted for his on-screen chemistry with Cowell on the show, Walliams was named best judge at the National Television Awards in 2015, 2018 and 2019.

He rose to fame in the noughties as the star and co-creator of hit BBC sketch show Little Britain and has gone on to enjoy success as a best-selling children's author.

However, in 2020, he and Little Britain co-star Matt Lucas apologised for using black face in the show; and last year a story about a Chinese boy was removed from one of his books after criticism that it contained "harmful stereotypes".