If you’ve been wondering what Daniel Craig has been up to since stepping down as James Bond, well, he’s here to show you his killer dance moves.

The Knives Out actor, 54, gives his kids bragging rights for having the coolest dad on the planet in a new vodka commercial, directed by Taika Waititi.

In what can only be described as a cinematic masterpiece, the award-winning star shimmies, thrusts, and gyrates around a hotel in an ad for Belvedere although, let’s face it, the beverage isn’t the star of the show.

The incredible commercial begins with Craig – who stars as ‘himself’ – offering a smirk to the camera as the epitome of sophistication in a white suit.

But, his swagger is soon unleashed, as he hops out of a car wearing an all-black ensemble, complete with leather jacket and shades.

Craig proceeds to strut down the street before boogying his way inside the lobby of the Cheval Blanc Paris hotel, while a groovy soundtrack by Rita Ora and Giggs plays. 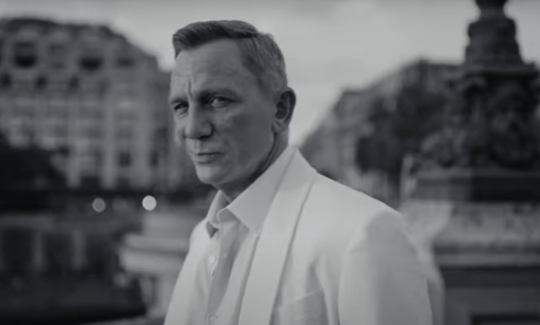 Daniel Craig begins with a smirk to camera, before proceeding to unleash his swagger 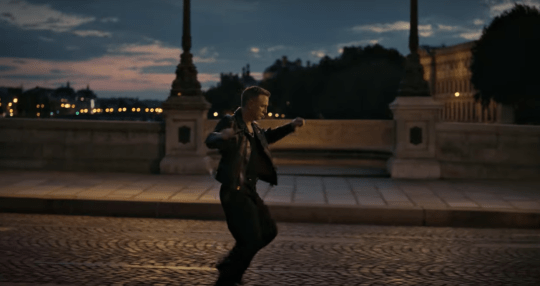 He boogies down the street, solidifying his status as the coolest dad ever

Complete with black shades and a leather jacket, Craig looks worlds away from smart and slick James Bond

The 007 icon is later seen thrusting his hips in an elevator, totally oblivious to the elderly couple behind them just trying to get to their room, but the smiles on their faces suggest they were enjoying the show.

Accurately representing all of us when we’re home along, Craig shimmies down the hallway before walking on water and seamlessly transitioning into a white vest and jeans.

If you thought he was done there, you thought wrong as Craig goes on to get down on a rooftop, before heading to the mini fridge – because all that dancing is thirsty work! 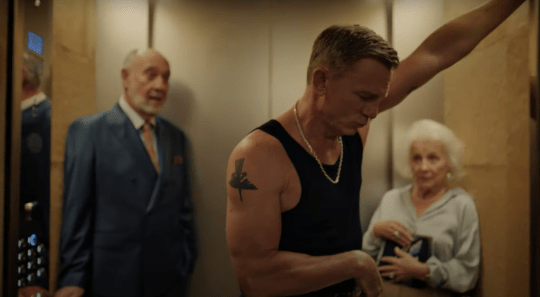 Thrusting his hips in the elevator, he was oblivious to the elderly couple behind 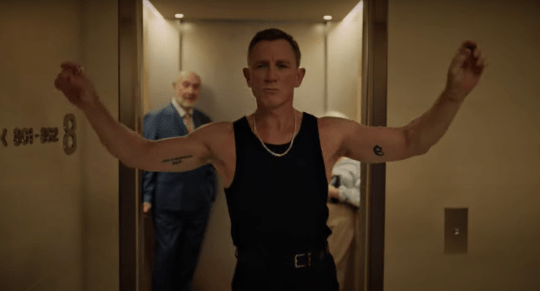 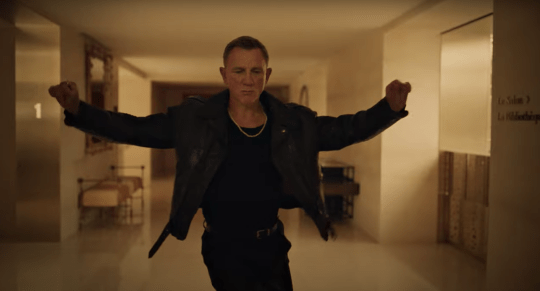 Daniel Craig is all of us when we’re home alone

Yes, this is actually a vodka commercial, in case you’d forgotten amid all that excitement, and in one swift swipe, the star pops off the bottle cap and pours himself a glass.

‘Finally,’ he sighs, but is unable to fully enjoy his beverage before director Taika shouts: ‘And cut!’

Playing a caricature of himself, Taika is the demanding director, with an assistant by his side fanning him while another feeds him sushi. 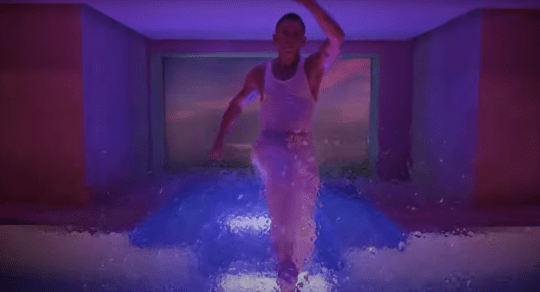 Craig seamlessly transitions into a white look, splashing about in the water 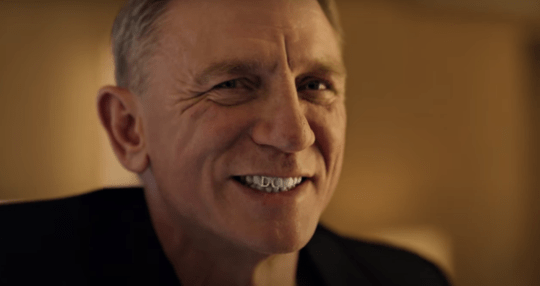 Of course, he has personalised grills 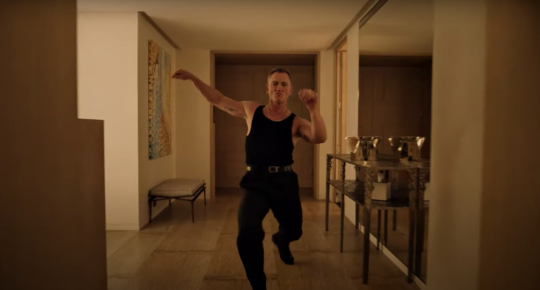 He let out all his inhibitions

‘Let’s go again, just be yourself,’ he tells Craig, who flashes a smile to camera and, in turn, his sparkling grills, spelling his initials.

Understandably, the ad has set the internet alight, with one Twitter user branding it ‘the wildest thing I’ve ever seen.’ 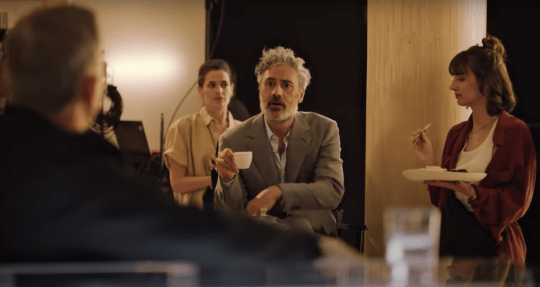 ‘Sure, the John Lewis advert is great but does it have Daniel Craig dancing???’, tweeted another, in reference to the store’s emotional Christmas ad.

Belvedere said their new global campaign starring Craig was inspired by ‘the pure emotion captured in a glorious moment of feeling free.’

Choreographed by JaQuel Knight (although, you’d be forgiven for thinking they were his own moves), Craig’s performance was intended to exude a ‘warmly rebellious energy’ and be ‘courageous in spirit,’ and boy, was it exactly that.

In true megastar style, the campaign debuted in Times Square on November 9 and will showcase in Piccadilly Circus on November 21.