US National Football League star Damar Hamlin woke up after collapsing during a game and asked doctors treating him in hospital if his team won the game.

The Buffalo Bills star suffered a cardiac arrest on the field during Monday night's game in Ohio, causing an outpouring of grief from football fans.

Doctors and his team say he has shown "remarkable improvement" in the past 24 hours and is "neurologically intact".

Hamlin has been in the intensive care unit since he was taken off the field.

He has been communicating with doctors by writing after waking up.

One of Hamlin's physicians, Dr Timothy Pritts, said he had asked who won the game between the Bills and the Cincinnati Bengals.

The doctor responded: "Damar, you won - you won the game of life." 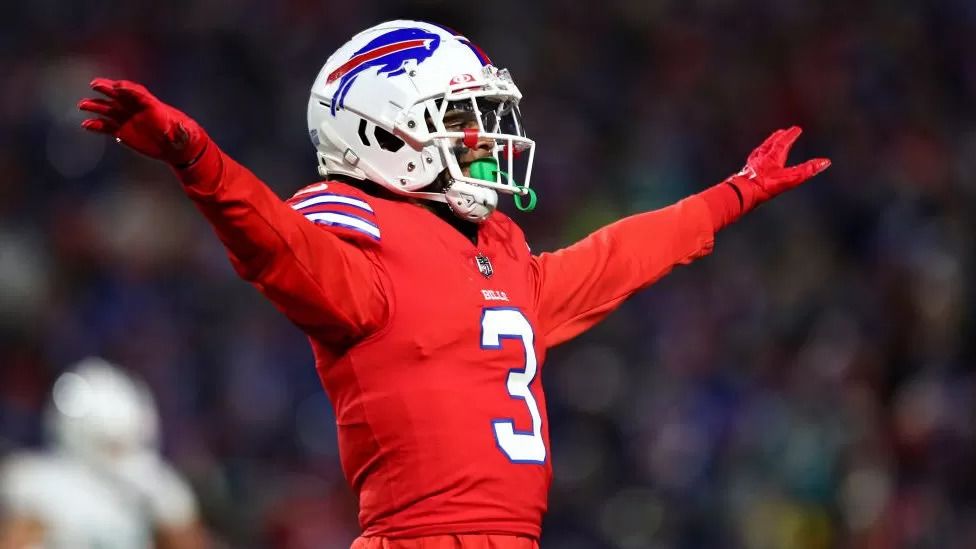 Hamlin is still on a ventilator in the intensive care unit at the University of Cincinnati Medical Center to help his breathing.

Earlier in the day, the doctors treating him said he "demonstrated that he appears to be neurologically intact", the Bills said in the latest update.

"His lungs continue to heal and he is making steady progress," the team added. "We are grateful for the love and support we have received."

Shortly before Hamlin's team issued the latest statement on Thursday, his teammate Kaiir Elam wrote in a tweet: "Our boy is doing better, awake and showing more signs of improvement."

His agent, Ron Butler, confirmed to CNN that Hamlin was awake and had been holding hands with his family in the hospital.

Hamlin, 24, suffered a cardiac arrest during the primetime game after tackling Cincinnati Bengals receiver Tee Higgins. He fell on his back to the ground after the collision.

He received over 30 minutes of on-the-field medical care, during which he was resuscitated once, according to the player's friend and marketing agent Jordon Rooney.

Support for the second-year Bills player has poured in since the accident.

A GoFundMe page for a toy drive launched by Hamlin has amassed more than $7m (£5.9m).

Hamlin was drafted to the NFL in 2021 from the University of Pittsburgh, where he played college football.

The NFL has postponed the Bills' game against the Bengals indefinitely in the wake of the incident.