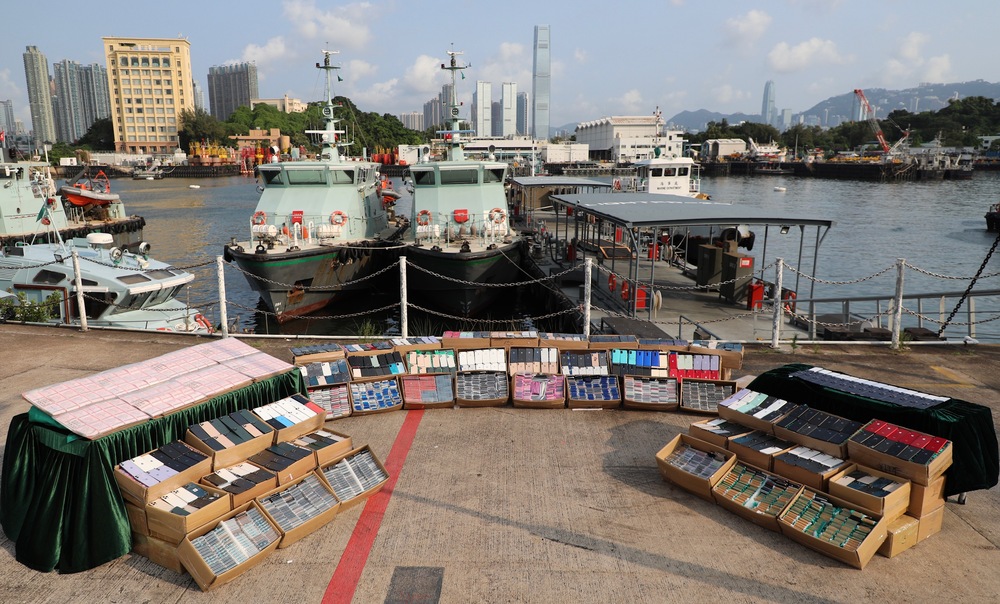 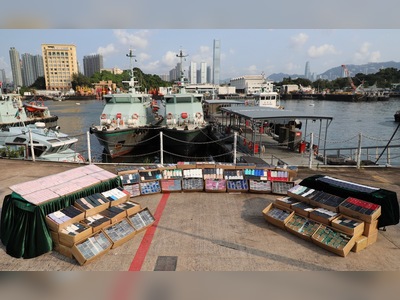 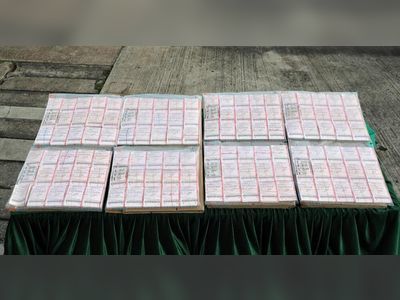 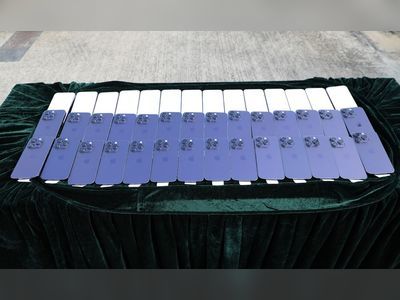 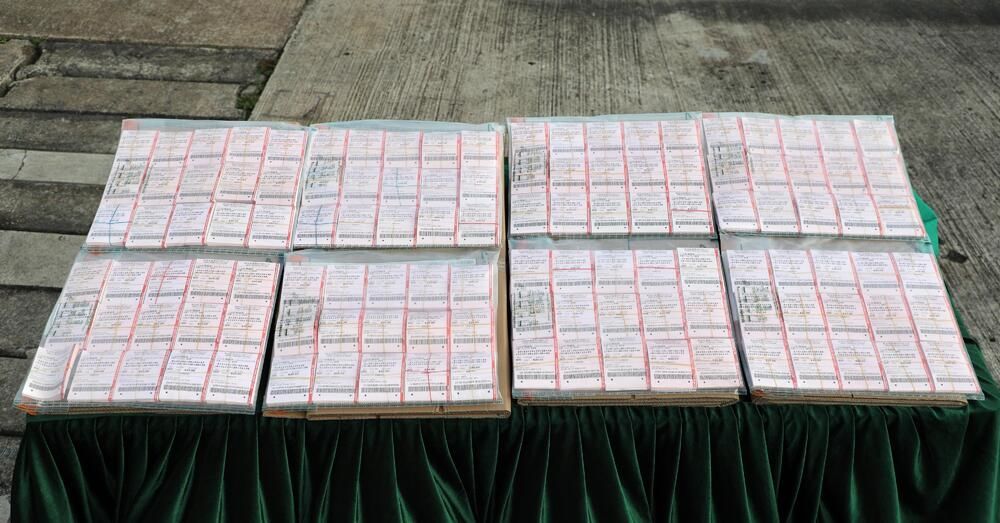 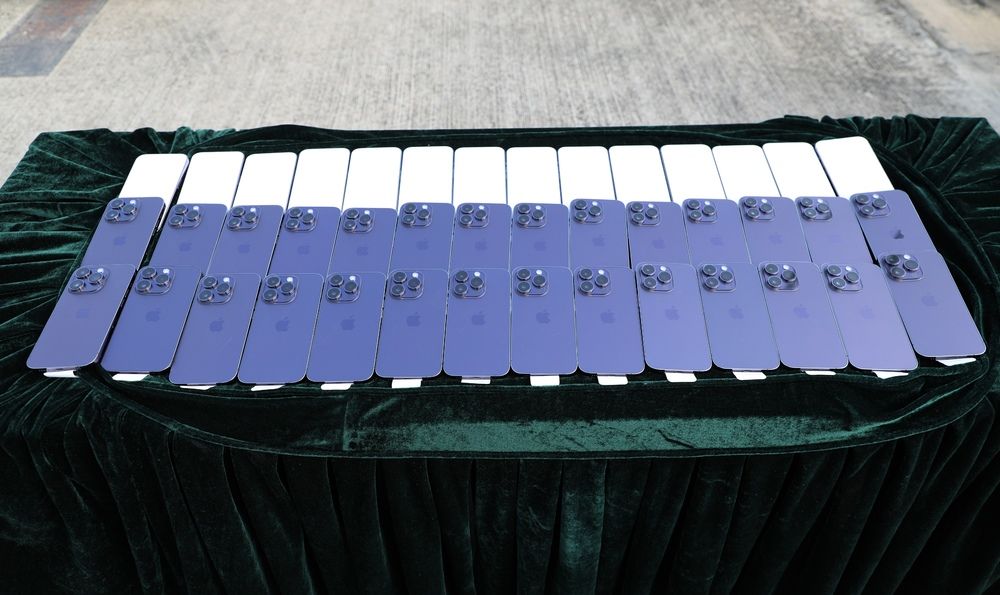 Officers launched an operation on September 21 to combat smuggling and spotted a river trade boat in the waters off Lung Kwu Tan in Tuen Mun.

Two men in the boat, who came from China and aged 37 and 59 respectively, were arrested on suspicion of smuggling.

The haul, which included 3,000 new smartphones and 3,000 tablets with an estimated market value of about HK$10 million, was put inside boxes in the boat and mixed with food.

A batch of 16,000 bet Mark Six lottery tickets, which will be drawn tonight (Sept 22), was also seized. Police estimated the seizure was worth about HK$330,000 and ready to smuggle to mainland China and Macau for reselling.

“Suspects have claimed the load to be food, but we found the package and weight of the batch of goods were not in accordance with the goods list they provided,” said Choi Yin-ming, Senior Inspector of the Marine Enforcement Division of the Ports and Maritime Command of Customs.

“It is believed that criminal syndicates hired people in Hong Kong to purchase Mark Six tickets to resell in China and Macau for a profit of HK$4 to 13 each ticket individually,” said Wong Chi-keung, Senior Investigator (Special Investigation Division)2 of the Syndicate Crimes Investigation Bureau of Customs.

Officers also claimed the case was the third one with a similar smuggling route in three months, noting the likelihood of further arrests is not ruled out.