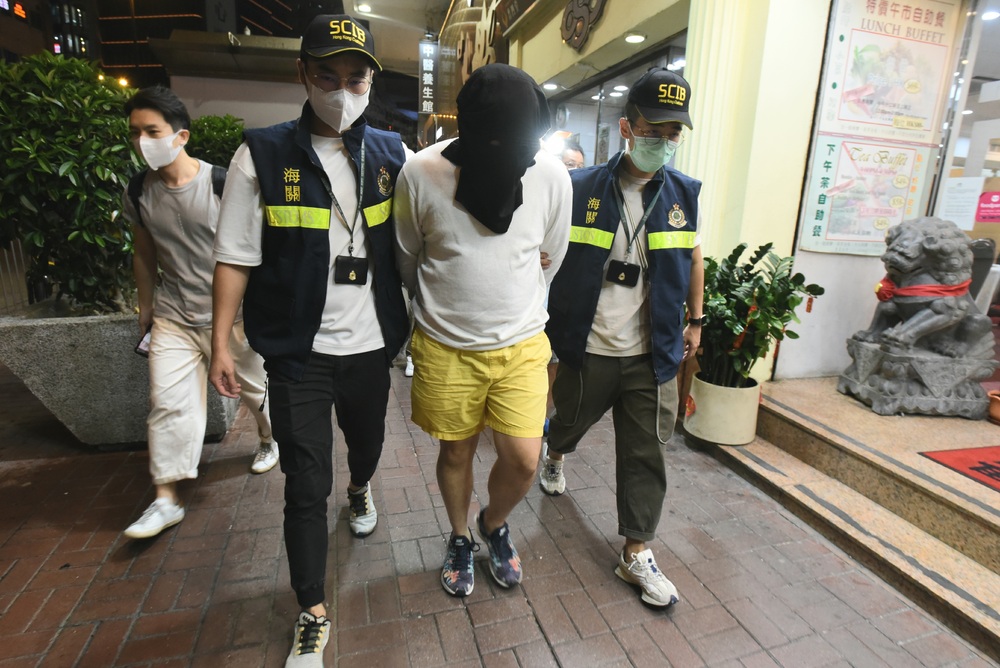 Customs busted the largest money laundering case this year so far, involving up to HK$600 million, and arrested four key members of a syndicate who committed the crime on cryptocurrency trading platforms.

The four arrestees, including two men and two women, aged between 32 and 54, were reportedly a clerk, a hotelier, a company manager, and a housewife.

The first three had a monthly salary ranging between HK$20,000 and HK$30,000. Yet, transactions worth over HK$$600 million were detected from their personal bank accounts in the past 25 months, mismatching their reported financial background.

Parts of the sum were also transferred to the mainland, with the most significant single transaction involving over HK$3 million, through two local licensed currency exchange stores.

The four were also found to have received cryptocurrency worth about HK$50 million on a trading platform and sold them for US dollars. They then wired the US dollars to local bank accounts, converted them back to Hong Kong dollars, and transferred the money to other accounts.

Customs added over 40 officers were mobilized in the operation conducted on April 28 to search the arrestees' homes, offices, and two exchange stores in Kwun Tong and Cheung Sha Wan.

Customs have also frozen HK$1.7 million of assets and will seek advice from the Department of Justice.

An investigation into the source and the flow of the money is still ongoing, and officers said more arrests may be made.
Add Comment