One of the most familiar refrains of the Conservative leadership contest was candidates earnestly inviting comparisons to Margaret Thatcher.

But after his resignation as chancellor brought down Boris Johnson’s wobbling house of cards, a Tory insider said Rishi Sunak found himself with “the curse of Heseltine hanging round his neck”.

Despite long having been talked of as a likely future prime minister, Sunak struggled to shed the parallel with the man who helped bring down Thatcher but failed in his own tilt at the top job – before coining the famous political cliche: “He who wields the knife never wears the crown.”

It was only a matter of hours after Johnson stood on the steps of Downing Street on 7 July and announced he was bowing out when the frantic jockeying to replace him began.

While Penny Mordaunt’s campaign fumbled with a video that had to be repeatedly re-edited and Tom Tugendhat’s logo was refreshed after suggestions it accidentally spelled “TIT”, Sunak’s close-knit group of advisers ensured Brand Rishi was launched swiftly and slickly.

Truss was the last candidate to hold her campaign launch – but calculated in her attacks on the man who would become her main rival. “I’m a loyal person,” she told the assembled audience. “I’m loyal to Boris Johnson. I supported our prime minister’s aspirations and I want to deliver the promise of the 2019 manifesto.” 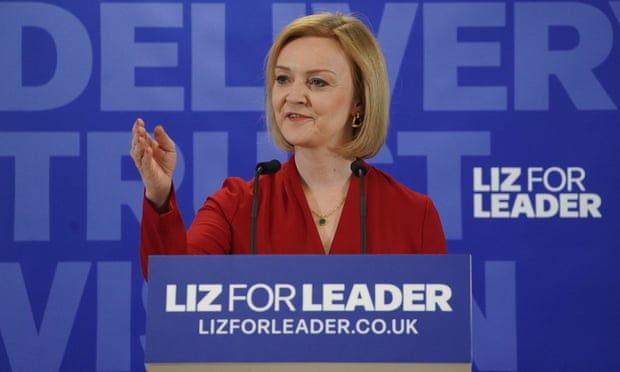 Liz Truss at the launch of her Tory leadership campaign. She made a point of her loyalty to Boris Johnson and grew in confidence as the race wore on.

Having secured endorsements from four former chief whips, Sunak began streets ahead in the race to hoover up votes.

“At the parliamentary stage, he totally owned it,” said one MP who helped drum up support among colleagues across the five rounds of voting. “But then everyone thought he was quids in. There probably was a little bit of arrogance back then.”

Though he collected an endorsement from the failed leadership contender Jeremy Hunt, a host of others who dropped out – Sajid Javid, Nadhim Zahawi and then, finally, Mordaunt – sensed which way the wind was blowing and got behind Truss. A series of MPs who switched sides to support the foreign secretary also dented morale.

Sunak supporters said that, in hindsight, he set too much store on winning over MPs and speaking over members’ heads to the general public; he had one eye on the real electorate he would face as prime minister instead of the roughly 160,000 people making up the party’s grassroots.

Though Sunak’s personal ratings immediately shot up in the days after he resigned, Conservative members turned against him as the contest progressed. YouGov polls found a majority of them initially supported his decision to quit, but this subsided by the start of August. Of those party faithful who hold an unfavourable view of Sunak, a fifth (22%) hold a grudge and view him as a backstabber for causing Johnson to resign. His tax policies and performance in the Treasury was given as a reason by 8%, while 7% cited a lack of trust and 5% saw him as out of touch.

A video of Sunak admitting to taking money from deprived urban areas dented his reputation further. A supportive “red wall” MP said the comment – “made in some well-heeled garden” – created an “unhelpful narrative”. “I had a flurry of people saying this is proof the Tories aren’t helping constituencies like ours,” they confessed. 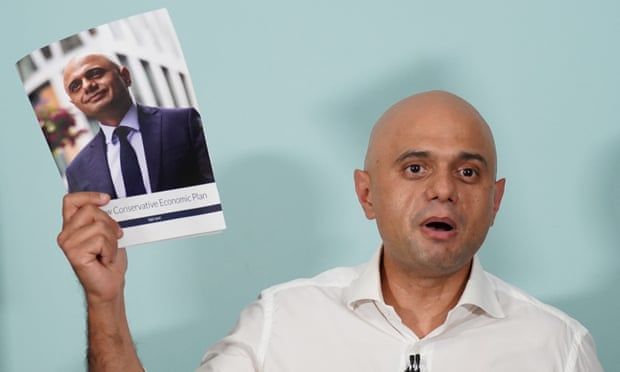 Sajid Javid speaking at the launch of his campaign to be Conservative party leader. He later dropped out of the race but threw his weight behind Sunak’s rival, Liz Truss.

Meanwhile, the warnings about the brewing cost of living crisis worsened. While Truss perused tax cuts, Sunak held firm and insisted doing so would only fuel inflation.

Major jitters began to set in at Sunak’s campaign headquarters when the first polls began to show Truss outstripping him – far outside the margin of error. “There was a genuine belief on Rishi’s side that those numbers were wrong,” said an insider.

In response, his campaign announced plans to cut the basic rate of income tax from 20p to 16p in the pound by the end of the next parliament and axe VAT from energy bills for the next year to help with the cost of living crisis.

“He lost credibility, then was desperately trying to get it back,” a Tory source not involved in either camp noted. “If he’d been playing a consistent message, it would have been clearly received.”

They also said Sunak would probably have been supported by those members driven to quit the party because of Johnson, but by doing so had lost their right to vote in the contest.

While Sunak’s allies hoped Truss would fail to match his charisma and come across as gaffe-prone in the TV debates, she became savvier and sharper. Right-leaning newspapers The Daily Telegraph and The Daily Mail swung behind her, and Sunak’s team feared a media narrative was setting in that meant their candidate was gradually being edged out of the picture.

By the time of the final hustings in London, Sunak supporters were ready for one more heave. Their man in the room was welcomed with rapturous applause as he strode on to the stage and declared: “Hello Wembley!” A source claimed that such was Sunak’s popularity, his supporters’ stand ran out of merchandise, and that a yelling match ensued when rival supporters for Truss tried to cover up his posters with their own. 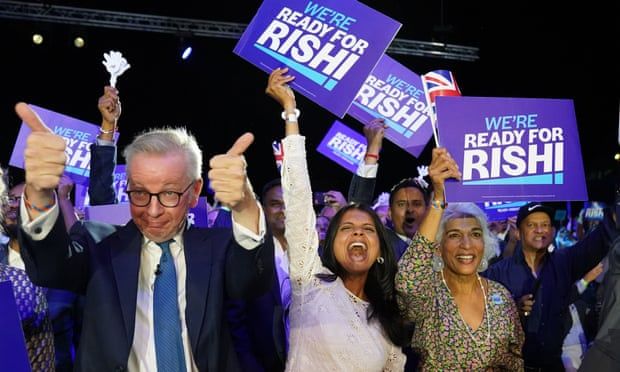 On the penultimate day of the campaign, a member of Team Sunak sought to underline their confidence in his victory by placing a £5 bet on the outcome. But a supportive MP just grimaced: “I’m not sure I’d boast about such a low amount.”

The scars of the leadership contest will be long-lasting. A Sunak supporting MP called culture secretary Nadine Dorries “feral” and admitted: “Nerves are very raw because of the way some people have behaved.” Another said the timing of the contest would be punished by voters. “We plunged this country into the unknown for so long while facing crises on multiple fronts – we can’t do that again,” they said.

But Sunak’s team are pleased they ran what they think was a clean campaign. “We’ve channelled Michelle Obama – when they went low, we went high,” said one.

Number volunteering on the campaign team: 60

Kcals burnt by one energetic campaign member at the final hustings: 4,500