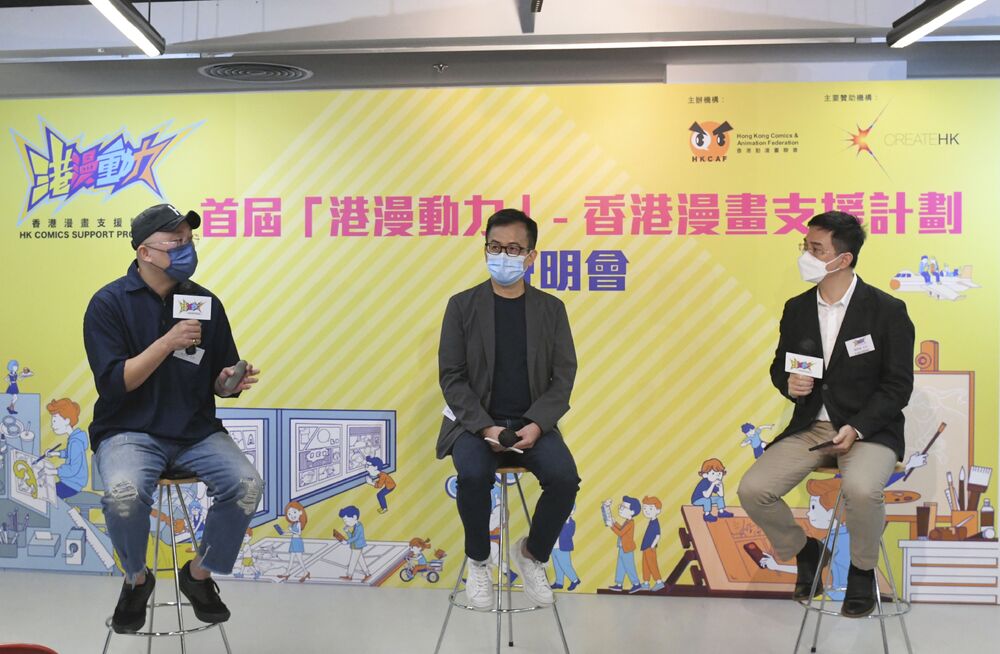 Some 15 local comics companies could receive as much as HK$210,000 in funds from a new HK Comics Support Program.

The program was launched by Hong Kong Comics and Animation Federation and subsidized by CreateHK - a government office.

Interested comics companies must apply for the program on the official website by November 9. They must provide a 500-word story outline, as well as at least 10 pages of pencil storyboard and two colored pages.

A briefing section was held yesterday, and more than 200 people signed up. Some local comic artists and publishers, such as Ma Wing-shing, Lai Ho and Matthew Chow Wing-siu, shared their experiences on comic production.

"When we pick up our pen, we should do our part well first," Ma said.

The vice president of the Hong Kong Comics & Animation Federation, Alan Wan Siu-lun, said the judges -comprising eight professionals from the creative industry - will be responsible for the division of groups.

Each group will get a chance to publish an original comic, receive training as well as participate in exhibitions such as next year's Anicom and the Malaysian Comic Fiesta in June 2022.

They can receive at most HK$180,000 in sponsorship money and an extra HK$30,000 for marketing. The HK$180,000 fund will be disbursed in four installments, and the last installment is expected to be distributed by the second quarter of 2023.

There are no restrictions on topics, but politics, triads, pornography and defamation will not be accepted. The secretariat of the HK Comics Support Program, Steve Lau Yat-chiu, said the requirements are very basic.

"We hope that the comics can be decent," Lau added.

Candidates will be given at least six months to produce the comics. They will own the comics' copyrights, but they would be allowing the government to use their creations for non-commercial purposes.
Add Comment