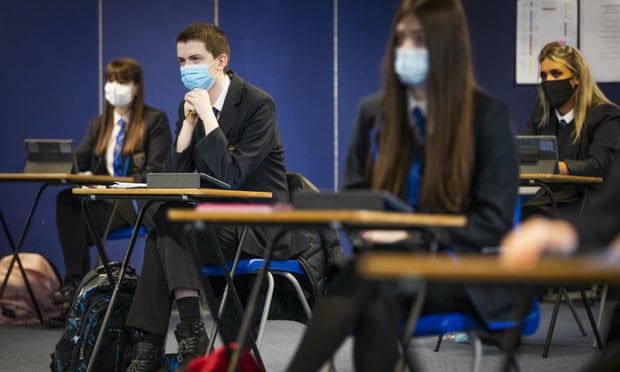 Council-maintained schools in England outperform academies in Ofsted rankings, according to analysis published on the day the government’s ambitions for all schools to join multi-academy trusts (Mats) are expected to be outlined in the Queen’s speech.

Research conducted on behalf of the Local Government Association (LGA) found 92% of council-maintained schools were ranked outstanding or good by Ofsted in January 2022, compared with 85% of academies that have been graded since they converted.

It also found only 45% of academies that were already an academy in August 2018 managed to improve standards from inadequate or requires improvement to good or outstanding, compared with 56% of council-maintained schools.

The findings are part of an ongoing dispute over the impact of taking schools out of local authority control and putting them into Mats, but will have added piquancy ahead of Tuesday’s Queen’s speech, in which the schools bill will be a centrepiece legislation.

The government has previously said it wants all schools in England to join or be in the process of joining a strong Mat by 2030, but many in the sector – including the National Education Union – have questioned the evidence for such a move. Currently 80% of secondary schools and 40% of primaries are academies.

According to LGA research, which looked at Ofsted ratings between August 2018 and January 2022, 81% of council-maintained schools retained their outstanding rating, compared with 72% of outstanding academies that did not inherit grades from their former maintained school status.

The education secretary, Nadhim Zahawi, said: “Our new schools bill, alongside the schools white paper, will create a school system that works for every child, parent and family, bringing every school up to our current best standards. We want every school to be part of an academy trust, enabling teachers to focus on what they do best – meeting the needs of every child.”

The bill will also strengthen the regulatory framework for academy trusts, with powers to intervene where they are failing. It will place a duty on local authorities to provide support to home schooling families, establish compulsory registers for children not in school and give Ofsted more powers to crack down on unregistered schools operating illegally.

The government’s schools white paper, published in March, attempted to sweeten the pill for councils, indicating they would for the first time be able to set up their own Mats. The LGA urged the government “to build on this and utilise the knowledge and expertise of councils in supporting schools to improve”.

Anntoinette Bramble, a councillor and chair of the LGA’s children and young people board, said: “While academisation can be a positive choice in some cases, these findings raise questions over whether a one-size-fits-all approach is a guaranteed way of improving results and strengthening a school’s performance.”

Kevin Courtney, a joint general secretary of the National Education Union, said: “Today’s research once again brings into question the government’s drive to force all schools to join a multi-academy trust. The government should concentrate on the real challenges schools face – recovery from the pandemic, inadequate funding, rising class sizes, and a teacher recruitment and retention crisis – but they have no answers for them.”

A Department for Education spokesperson said: “The evidence quoted by the Local Government Association fails to take into account many schools will join trusts to address historic underperformance, which can take a number of years, or more than one cycle of Ofsted inspections.

“Our data from over the past decade shows strong academy trusts can transform underperforming schools. More than seven out of 10 schools which became academies due to underperformance in inspections while they were local authority maintained schools now have a good or outstanding Ofsted rating.

“That is why we are opening new routes for schools to join a strong academy trust, including by working with local authorities to allow them to establish trusts for the first time.”
Add Comment