A US Senate antitrust panel is set to hold a hearing after the chaotic sale of tickets to Taylor Swift’s Eras tour.

Users reported major service failures and delays after tickets went on sale on November 15, with many fans unable to secure tickets to the highly-anticipated tour.

Senators Amy Klobuchar and Mike Lee announced the hearing, which will be focused on the lack of competition in the industry, with a date and witnesses to be confirmed at a later date.

Taylor responded to the fiasco in a statement, saying: ‘Well. It goes without saying that I’m extremely protective of my fans. We’ve been doing this for decades together and over the years, I’ve brought so many elements of my career in house.

‘I’ve done this SPECIFICALLY to improve the quality of my fans’ experience by doing it myself with my team who care as much about my fans as I do.

‘It’s really difficult for me to trust an outside entity with these relationships and loyalties, and excruciating for me to just watch mistakes happen with no recourse. 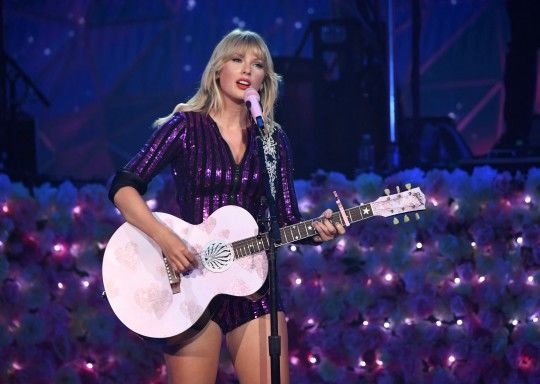 Taylor is headed out on her Midnights tour
‘There are a multitude of reasons why people had such a hard time trying to get tickets and I’m trying to figure out how this situation can be improved moving forward.’

‘I’m not going to make excuses for anyone because we asked them, multiple times, if they could handle this kind of demand and we were assured they could,’ she continued.

‘It’s truly amazing that 2.4million people got tickets, but it really p***es me off that a lot of them feel like they went through several bear attacks to get them.

‘And to those who didn’t get tickets, all I can say is that my hope is to provide more opportunities for us to all get together and sing these songs.’

‘Thank you for wanting to be there,’ she concluded. ‘You have no idea how much that means.’

Live Nation responded to the situation with a lengthy statement, saying it takes ‘its responsibilities under the antitrust laws seriously and does not engage in behaviors that could justify antitrust litigation, let alone orders that would require it to alter fundamental business practices.’

Taylor sent us all into a spin when she announced her return to the stage at the beginning the month, revealing that her Eras tour would be hitting the road next March, in Arizona, before wrapping the US leg in LA in August.

The concerts will mark the first time that the Shake It Off star perform on the road since 2018.

It comes after she released her album Midnights, and made history by securing all top 10 spots on the Billboard Hot 100.