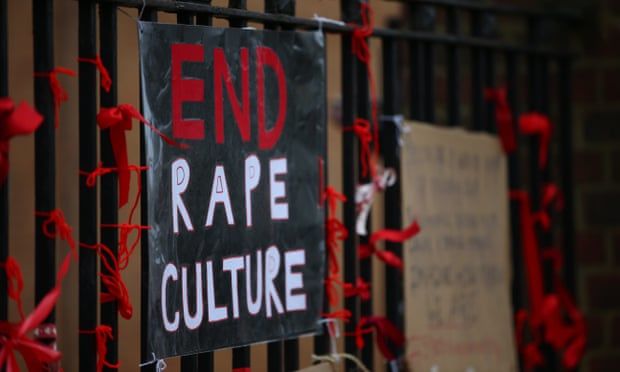 Complaining to universities about harassment ‘often a waste of time’

Some institutions withhold details of outcome of investigations from staff or students, say campaigners

Students and staff who complain of sexual assault and harassment are often left in the dark by university investigations, and made to feel like their disclosures were “a waste of time”, according to campaigners.

The campaigners also said the government should make it a legal requirement for universities in the UK to complete sexual misconduct investigations even where staff have left the university, and to inform their new employer in a written reference. This would prevent staff from moving institutions to evade sanctions.

Anna Bull, a co-director of the 1752 Group, a UK-based organisation that lobbies to end sexual misconduct in higher education, said some universities withheld details of the outcome of sexual harassment investigations out of erroneous fears that doing so might breach data protection legislation.

Typically, when a student or staff member comes forward with a disclosure, they are not briefed on the progress or outcome of the investigation, instead receiving a letter to say whether or not their claim was upheld, she said.

“[Complainants] don’t get told the member of staff has been dismissed, here’s what action we’re taking to keep you and other students safe. So they feel like the entire process was a waste of time and a slap in the face. Many complainants make a formal report to protect other students,” Bull said. “It destroys trust in the institution and the process.”

Lawyers say universities may be in breach of their duties under the equality and human rights acts if they inform perpetrators of the outcomes of investigations but withhold them from complainants.

Universities are permitted to disclose personal information under general data protection regulation (GDPR) where this is to address grievances under employment law, in the public interest, and to exercise legal claims, according to a briefing document produced by Culture Shift, a bullying and harassment reporting platform.

Gemma McCall, Culture Shift’s founder, said data from the universities using the platform suggested that many survivors believe nothing will come from making formal disclosures. “The complaints process is so opaque and not as transparent as it should be, which prevents people from reporting. It should be as easy as possible,” she said.

McCall added that there was considerable variation among universities’ approaches. “It’s a lottery as a student whether you’re going to get a university that isn’t risk-averse and which will share outcomes if the worst happens, but that should be clear and consistent across the sector,” she said.

The universities regulator, the Office for Students, published guidance on 19 April recommending that universities provide students and staff who make disclosures with information on the outcome of an investigation where possible, as well as an explanation of why penalties have or have not been imposed. In future, universities that do not follow this guidance may be sanctioned.

The guidance follows the publication of thousands of disclosures shedding light on the scale of sexual misconduct at universities by the campaign website Everyone’s Invited, prompting fears that rape culture remains unaddressed despite years of warnings from campaigners.

A spokesperson for the Information Commissioner’s Office said: “Our advice is that data protection is not a barrier to sharing information when it is appropriate to do so and it is necessary and proportionate for the purpose. Universities should be transparent about the complaints process and only share the personal data it needs to.”
Add Comment