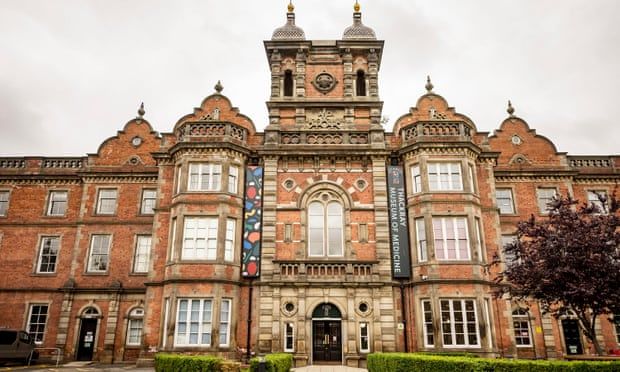 Five museums that excelled in staying connected with communities through the pandemic, whether that was offering virtual trips to the pub or artist-led activity packs, have been shortlisted for the UK’s most lucrative arts prize.

The Art Fund museum of the year prize is the world’s biggest museum prize, with the winner receiving £100,000.

The five shortlisted museums were named on Wednesday: the Centre for Contemporary Art (CCA) in Derry, Experience Barnsley, Firstsite in Colchester, the Thackray Museum of Medicine in Leeds and Timespan in Helmsdale, a village on the east coast of the Scottish Highlands.

Jenny Waldman, the director of the Art Fund, said each of the museums had shown “extraordinary innovation and resolve”.

She added: “It has been incredible to see what museums, galleries and historic houses across the UK have achieved, overcoming the challenges of the past year. Their resilience is nothing short of heroic.

“Our five finalists are all deeply embedded in their communities and alive to the possibilities of reaching far beyond their locality digitally.”

In previous years many of the UK’s biggest museums have been nominated, with the prize won by the V&A in 2016 and the British Museum in 2011. The list this year is all smaller organisations.

Experience Barnsley, which opened in 2013 in the town hall, traces the area’s local history. Among its lockdown activities have been virtual trips to the pub, a daily digital jigsaw and working with Ian McMillan, its poet in lockdown.

Timespan in Helmsdale covers local history and a vibrant contemporary art programme. Last year it sent social injustice activity packs to local village children, which resulted in the formation of a young gardeners’ club and an online quarantine cooking show, Recipes for a Disaster, where viewers can learn fun things such as how to make jam in a microwave.

The Thackray Museum of Medicine is housed in what was originally the Leeds Union Workhouse, which opened in 1861. It was the first museum in the pandemic to be a vaccination centre and worked with schools to create content reinforcing the science behind handwashing.

The CCA in Derry was praised for supporting 65 artists over the past year with paid opportunities including social media takeovers. It presented its biennial exhibition in spaces across the city, which included shop windows, theatres and a shopping centre.

The contemporary art gallery Firstsite celebrates its 10th anniversary this year. One of its whizziest projects was a downloadable activity pack created by artists including Gillian Wearing and Mark Wallinger, who urged people to draw their own hand and put it in their window as a kind of nationwide wave.

The judges for this year’s prize include Maria Balshaw, the director of Tate, and the broadcaster Edith Bowman. They will visit all five museums and the winner will be announced on 20 September.
Add Comment