The drumbeat in Washington for US regulators to do more to oversee crypto has grown louder as digital currencies have tumbled from all-time highs.

Coinbase Global Inc. is facing a US probe into whether it improperly let Americans trade digital assets that should have been registered as securities, according to three people familiar with the matter. The company’s shares dropped as much as 9.2%.

The US Securities and Exchange Commission’s scrutiny of Coinbase has increased since the platform expanded the number of tokens in which it offers trading, said two of the people, who asked not to be named because the inquiry hasn’t been disclosed publicly. The probe by the SEC’s enforcement unit predates the agency’s investigation into an alleged insider trading scheme that led the regulator last week to sue a former Coinbase manager and two other people.

“We are confident that our rigorous diligence process — a process the SEC has already reviewed — keeps securities off our platform, and we look forward to engaging with the SEC on the matter,” Chief Legal Officer Paul Grewal said on Twitter. The SEC declined to comment.

The drumbeat in Washington for US regulators to do more to oversee crypto has grown louder as digital currencies have tumbled from all-time highs, erasing hundreds of billions of dollars in market value. SEC Chair Gary Gensler has homed in on trading platforms and argued that they should do more to protect retail investors.

As the largest US trading platform, Coinbase lets Americans trade more than 150 tokens. If those products were deemed securities, the firm could need to register as an exchange with the SEC. Coinbase shares fell $5.23 to $61.84 at 9:32 a.m. in New York on Tuesday and changed hands for as little as $60.91. The stock has lost almost three-quarters of its value this year.

Coinbase has repeatedly sparred with the agency over how it oversees the industry, and the firm last week called on the SEC to propose clearer rules. Meanwhile, after taking a relatively cautious approach for years, Coinbase has boosted its token offerings. 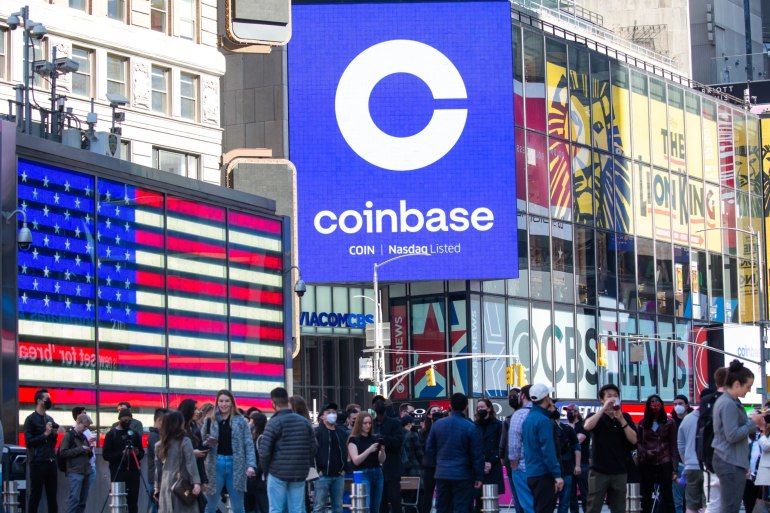 Tensions bubbled up further July 21 when the SEC accused one of the company’s former employees of violating its insider-trading rules by leaking information to help his brother and a friend buy tokens just before they were listed on the platform. While the agency didn’t allege wrongdoing by Coinbase, the SEC said it had determined that nine of the dozens of digital tokens the men traded were securities — including seven the exchange says it lists.

In response, Coinbase put out an entry on its blog titled: “Coinbase does not list securities. End of story.” Grewal pointed out that the Justice Department chose not to file securities fraud charges, despite reviewing the same facts as the SEC. He also said that before listing tokens, Coinbase analyzes whether an asset could be considered a security and “also considers regulatory compliance and information security aspects of the asset.”

Investigations by the SEC’s enforcement unit can lead to the regulator suing companies or individuals.

Coinbase, which went public last year, previously acknowledged that it has faced scrutiny from the regulator. In its first-quarter earnings report, the firm said it had “received investigative subpoenas from the SEC for documents and information about certain customer programs, operations, and intended future products, including the company’s stablecoin and yield-generating products.” 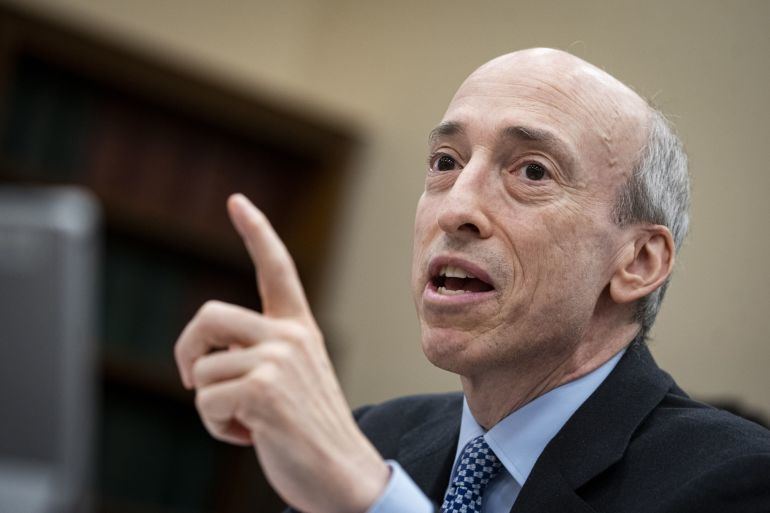 Gary Gensler, chairman of the US Securities and Exchange Commission (SEC), speaks during a hearing of the House Appropriations Subcommittee in Washington, DC, the United States

To decide if a digital asset is a security, the SEC applies a legal test, which comes from a 1946 US Supreme Court decision. Under that framework, the agency considers a token generally to be under SEC purview when it involves investors kicking in money to fund a company with the intention of profiting from the efforts of the organization’s leadership.

Gensler has long argued that many cryptocurrencies come under the regulator’s jurisdiction and that firms offering them should register with his agency.

However, the SEC mostly hasn’t said specifically which coins are securities, and exchanges decide whether to list an asset. Platform operators are seeking to avoid offering those deemed securities because doing so could trigger investor-protection rules, some of which crypto enthusiasts say are incompatible with digital assets.