The cabinet minister who led last year’s landmark Cop26 UN climate summit has made a dramatic intervention in the Tory leadership race, suggesting he could resign if the incoming prime minister fails to commit to a strong agenda on the climate crisis.

In an interview with the Observer, Alok Sharma said a total commitment to the net zero agenda from whoever is to lead the country would be essential to avoid “incredible damage” to Britain’s global standing, as well as irreversible harm to the UK and international economies.

“This is absolutely a leadership issue,” Sharma said, accusing some of the candidates of being “lukewarm” on net zero in the contest so far.

“Anyone aspiring to lead our country needs to demonstrate that they take this issue incredibly seriously, that they’re willing to continue to lead and take up the mantle that Boris Johnson started off. I want to see candidates very proactively set out their support for our net zero agenda for green growth.”

His comments came as the UK braced itself for record-breaking temperatures of 40C (104F) over the coming days, while fires raged across large parts of the continent.

In south-western France and Spain thousands of people had to be evacuated from their homes. More than 12,200 people had fled France’s Gironde region by Saturday morning as 1,000 firefighters battled to bring the flames under control.

Asked if he could resign if candidates were weak on net zero, Sharma said: “Let’s see, shall we? I think we need to see where the candidates are. And we need to see who actually ends up in No 10. I hope every candidate realises why this is so important for voters generally and why it’s important for Conservative supporters. And I hope that we will see, particularly with the final two, a very clear statement that this is an agenda that they do support.” 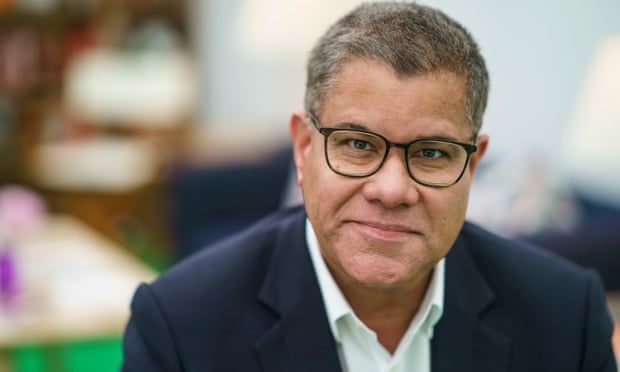 Alok Sharma has accused some of the Tory leadership candidates of being ‘lukewarm’ on net zero.

While all of the leadership candidates, with the exception of Kemi Badenoch, have technically committed to the UK’s legislated target of reaching net zero greenhouse gas emissions by 2050, there are severe doubts over whether all the others would push forward the policies needed to reach the target.

Tom Tugendhat has wavered on net zero, first questioning the target then reaffirming it, while Badenoch has called net zero “unilateral economic disarmament”.

Rishi Sunak has said he would keep the levies, supports net zero and called for more home insulation, though critics noted that he withdrew Treasury cash for insulation while chancellor of the exchequer.

Criticising those who oppose green levies, Sharma pointed out that they help poor households with insulation, support more renewable generation capacity and pay for discounts on electricity bills.

Without the levies, he said, more people would be vulnerable to high bills, and there would be less renewable power, which is bringing down energy costs. “We need to very clearly understand what is actually driving the price of energy. It isn’t green levies, it is the wholesale gas price,” he said.

The increasingly acrimonious contest to succeed Johnson is causing deepening rifts across the party on a range of policy issues. As well as disagreements on net zero, the candidates have been at loggerheads over plans to cut taxes, while many northern Tory MPs fear those aiming to be prime minister are insufficiently wedded to the levelling up agenda.

In a surprise development last night a survey of 850 Tory members put Badenoch in the lead on 31%, with Truss second on 20%, Mordaunt third on 18%, Sunak fourth on 17% and Tugendhat fifth on 10%. The survey for the ConservativeHome website was taken yesterday after Friday’s Channel 4 TV debate.

The next vote of Tory MPs on the leadership on Monday is expected to see Tugendhat, who came last of the five survivors in Thursday’s ballot, eliminated, although his supporters believe his upbeat performance in the TV debate may boost his support.

It will also be crucial for Truss and Mordaunt’s chances of progressing to the last two, after both were seen as having put in disappointing performances on Friday. Truss will need to show she has won most of the MPs who backed attorney general Suella Braverman, who was eliminated from the race on Thursday, if she is to claim second place from Mordaunt and boost her chances of making the final two. There are 27 votes available from Braverman’s hard-Brexit supporters. Braverman has endorsed Truss while Steve Baker, a prominent backer, has also fallen in behind the foreign secretary. However, some Braverman backers are threatening to back Badenoch.

Postal votes will be sent out to more than 150,000 Tory party members who will decide the eventual winner by the end of this month. Members will also be able to vote electronically. One senior Tory source said this meant “it could all be effectively done and dusted by mid-August”.

Meanwhile, Labour has been taking advantage of the blue-on-blue infighting that has erupted. The party has drawn up attack ads directed at marginal and target seats highlighting the uncosted pledges and the lack of plans for energy costs. It has also called on candidates to reveal whether they would abolish non-dom status – a hugely popular Labour policy.

Labour strategists believe unfunded pledges being announced mean they are being handed a tactical gift. They said Tories were engaged in a “chaotic bunfight at a time the country needs proper leadership”. One attack ad read: “The Conservative leadership candidates are playing fantasy economics with your money. Britain deserves a government that is honest about how we fund every single promise made. That’s what you’ll get with Labour.”

Sharma is the leading green voice in the cabinet, having won plaudits around the world for his skilful chairing of the fractious UN Cop26 climate summit last November. The UK retains presidency of the talks until Egypt takes over this November, at the next conference Cop27 in Sharm el-Sheikh, and until then the UK will play a vital role in convening nations to fulfil their Cop26 promise to limit global heating to 1.5C. Sharma was tipped to be the UN’s next climate chief, after the outgoing top official Patricia Espinosa, whose term ended this month, but said he had decided against applying, in order to stay on as Cop president until the end of the UK’s presidency.