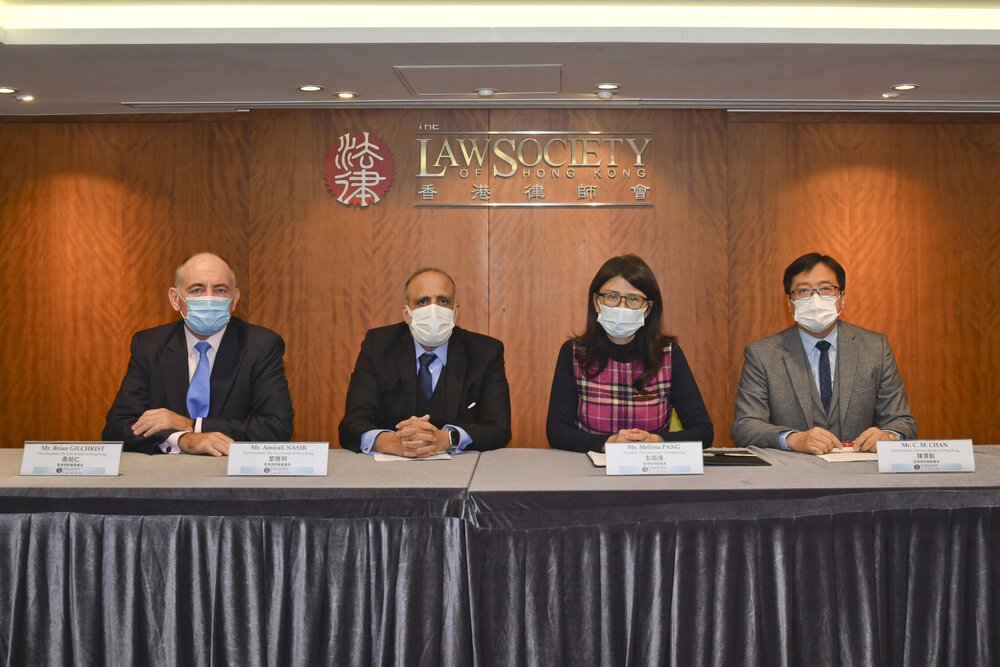 Seventy nine families have suffered losses of more than HK$100 million after the Law Society froze the account of a shutdown law firm.

Wong, Fung & Co -- one of the biggest law firms specializing in conveyancing in Hong Kong -- was shut down on December 24 last year after a former clerk was found misappropriating money from clients.

In a press conference today, the families affected by the incident demanded the Law Society should accelerate the process of unfreezing their money.

The victims said that at least 1,200 people from 79 families have been affected by the incident, and a total of around HK$126 million was frozen.

Among the affected families, more than half of them suffered losses of around HK$500,000 to HK$2 million. One of the clients even saw more than HK$10 million frozen.

One of the victims, Ken, who wanted to change to a bigger flat, said he got HK$4 million from sales of his old flat. As the money was frozen, he ended having to borrow money from relatives to pay for the down payment of the new flat.

“I have lost an apartment for no reason,” he said, adding that he feels very helpless at the moment.

“We are just doing normal business, not trying to make money from it.”

Ken also criticized the action taken by the Law Society was unreasonable and said the money should be returned to them as soon as possible.

“Most of the money from affected clients was saved in the law firm’s account within 10 working days before it shut down, while the former clerk misappropriated clients’ money at least a month ago. What does our money have to do with this investigation?” Ken said.

“In the future, will people dare to buy a flat through a law firm? There is no protection to clients at all,” he added.

Another affected client of the law firm, Ms Chan, said in tears that more than HK$800,000 of her has been frozen, including the deposit and the stamp duty.

Chan, who is in her early 30s and plans to get married to her boyfriend next year, said the couple have saved the money for five to six years.

In order to prevent the forfeiture of the deposit, Chan said she and her boyfriend had to borrow hundreds of thousands of dollars from their parents’ pension.

“I don’t know how many years it will take to get my money back and return the pension to my parents,” Chan said. “Has the Law Society even considered the huge impact of their actions on citizens?”

“I’m so stressed right now, all we wanted was to have a home in the city,” she added.

Another victim, Michael, said he had finished the transaction with the house seller on December 23 last year and already started decorating his new home.

However, he found out that around HK$8 million to HK$9 million of deposit and mortgage had been frozen in the law firm's accounts before being transferred to the seller.

Michael said the whole incident is “ridiculous” and his family is suffering from the losses.

“The most painful thing now is that nobody knows what to do next,” he said.

He criticized the Law Society for the lack of a thorough plan before shutting down the law firm and said a special committee should be set up for victims to seek help.

The affected clients urged the society to unfreeze their money as soon as possible and also appealed to the government to intervene in the incident and offer interest-free loans to them.

On December 24 last year, the law firm was shut down after the Law Society found a former clerk of the law firm had misappropriated money belonging to its clients.

The society said the law firm also committed other serious breaches of lawyer accounting rules, including overdrawing money from client accounts and allowing unqualified persons to sign off client documents that required authorization.

Melissa Pang Kaye, president of the law society, said shutting down the law firm was their only option to protect the interest of the clients.

In a press conference on December 31, the society said affected clients would have to seek court approval before having their money back. It also urged the clients to find other lawyers by themselves to handle the case.

The case is being handled by a special team from the police's commercial crime bureau, but the force has not received any reports regarding the former clerk.
Add Comment