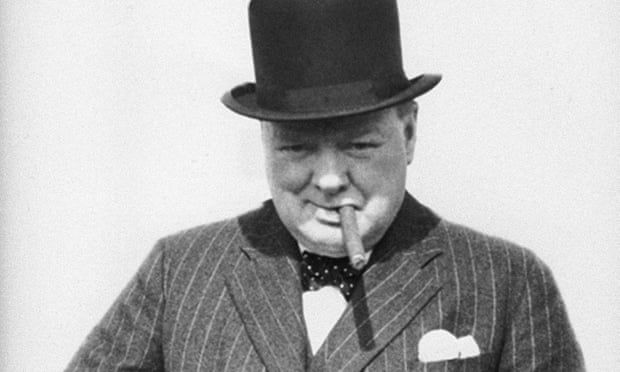 The Churchill Fellowship has rejected allegations by Boris Johnson that it has airbrushed out images of Britain’s wartime prime minister from its website in an attempt to rewrite history, saying its was proud of its association with Sir Winston.

Several newspapers have carried reports suggesting that the Winston Churchill Memorial Trust, a charitable foundation that funds UK citizens to study abroad, had changed its name and removed pictures of Churchill in an attempt to “woke-wash” his memory.

The prime minister’s spokesman weighed in, calling it “completely absurd, misguided and wrong to airbrush his giant achievements and service to this country, and the trust should think again”.

The spokesman said: “The prime minister has always been clear that, whilst it’s legitimate to examine Britain’s history, we should aim to educate people about all aspects of our complex past, both good and bad, and not erase them.

“We need to focus on addressing the present and not attempt to rewrite the past and get sucked into the never-ending debate about which well-known historical figures are sufficiently pure or politically correct to remain in public view.”

The Fellowship firmly rejected the allegations that it wanted to airbrush Churchill’s achievements from history. It said the changes had the full support of Churchill’s family and defended its decision to change its name and redesign its website, saying it wanted to “set the record straight”.

In a statement it said: “The Churchill Fellowship was created on the death of Sir Winston, as a national memorial to his wartime leadership. We are proud of his contribution to saving the world from Nazism and of our connection to him.”

The former Tory MP Sir Nicholas Soames, one of Churchill’s grandchildren, said in a statement: “I and the rest of my family, fully and unreservedly, support the remarkable work of the Churchill Fellowship, which is the truly wonderful living memorial to Sir Winston Churchill.”

Since 1965 the charity has awarded more than 5,800 fellowships enabling recipients to study innovative solutions for practical issues, and bring back global insights to enhance and transform their communities in the UK, including in areas such as care, disability and homelessness.

The fellowship said: “Last month we simplified our name to the Churchill Fellowship. We did so not because we are disowning Sir Winston, but because over many years we have found that, in a simple practical sense, the name was confusing to people and did not explain what we do.

“That is to fund UK citizens to learn from the world and transform lives across the UK – as Sir Winston wished. The new name captures a sense of the fellows’ remarkable dedication and public service.

“It was a change that had been decided in 2019, in consultation with hundreds of fellows. The key element we kept was the name ‘Churchill’. You cannot look at our new logo and avoid the importance we attach to that name.”

The changes were overseen by the charity’s trustees headed by Jeremy Soames, another grandson of Churchill, after wide consultation with donors and fellows. It had received virtually no complaints about the rebrand until the reports in the Sun and Daily Mail this week.

It said it was untrue that it taken down several images of Sir Winston from the site. A spokesperson for the fellowship said it had only ever had the rights to use one image, and this was now back on the site. It also questioned reports that some of its “loyal volunteers” were fuming at the move, pointing out that it did not have any volunteers.
#boris johnson  #johnson
Add Comment