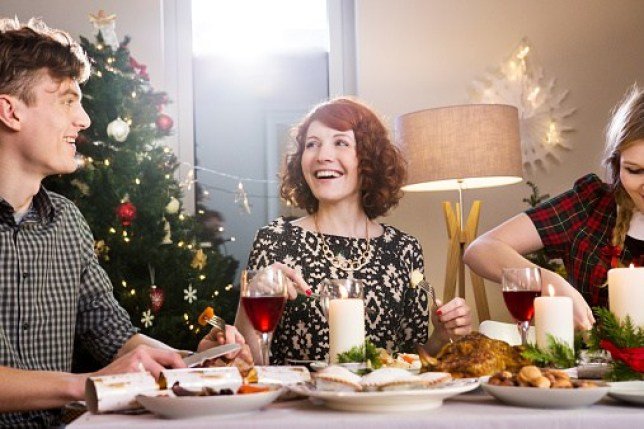 Not only is it nearly the Christmas – with all the presents, TV and food that always come with the season – but families and friends will soon be allowed to enjoy their Christmas bubbles.

The Christmas bubbles will allow up to three households to meet and mingle indoors, which could be the first time many have been allowed to see one another in quite some time.

As people will no doubt be preparing to set Christmas tables and buffets, what’s the advice around sharing food? And just how many people should you have round for Christmas dinner?

Here is all you need to know before tucking into some figgy pudding.

How many people can come for Christmas dinner?

Your Christmas dinner table will depend on a few factors: who is in your Christmas bubble and whereabouts in the UK you are.

In Northern Ireland, this window is a bit longer – December 22 to 28 – to allow travel between the nations. 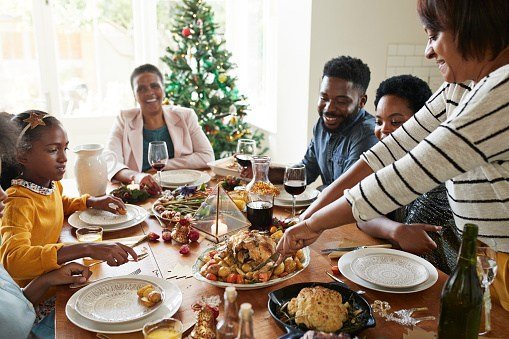 Up to three households will be able to mix indoors, regardless of tiers

The bubbles are fixed once you’ve had your first gathering, so you will not be able to mix with two households on Christmas Day and then two different ones on Boxing Day.

In England, Wales and Northern Ireland, there’s not a limit on how many people can count within those bubbles, provided they are in the same household.

This is to cater to big families who live together.

Even though there’s no official limit, the government guidance is to keep it ‘as small as possible.’

However, in Scotland, there is a limit of up 8 people from up to 3 households.

Bubbles will be allowed to meet each other:

*  In each other’s homes


*  In an outdoor public space, or garden

How to serve food safely this Christmas

If you’ve got family and friends coming over, you might be putting on a spread.

We spoke with chef Dom Taylor about the problems with buffet-style spreads.

He told Metro.co.uk: ‘A buffet can be an easy place for bacteria to lurk and multiply. Bacteria is present in all food and can become unsafe if not handled correctly.’ 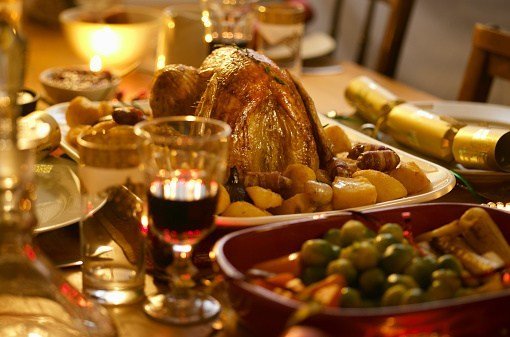 Be careful with doling out the treats this Christmas

‘Food Standards Agency recommended prepared food to be consumed within 90 mins of being prepared if not temperature controlled. The reason being is that the danger zone which is the temperature at which bacteria can multiply at a unsafe rate is between 8 and 63 degrees.’

To help combat the spread, Dr Olivia Szepietowski from Medic Testing told  there are some best practices to follow.

*  ‘Clean your hands and encourage everyone else to clean theirs. Leave hand sanitizer stations at either end of the buffet and on tables. Remember to clean them after serving yourself because everyone has been using the same spoons.


*  Cover the food. Place it under lids or cover with cling film/tin foil when not being used. This reduces the chance of any droplets landing on the food. Also any servers should wear masks to reduce the spread.


*  Consider having a couple of people serving the food so that not everyone is handling it.


*  Keep food to individual portions. Eg don’t have a loaf of bread that requires everyone to handle it to cut themselves a slice.


*  Use disposable cutlery and plates that can easily and quickly be thrown away limits the number of people who need to come into contact with used dishes which is a risk.’

Bodice-ripper Bridgerton is just the latest show where women call the shots between the sheets. The best TV is embracing a new...
×