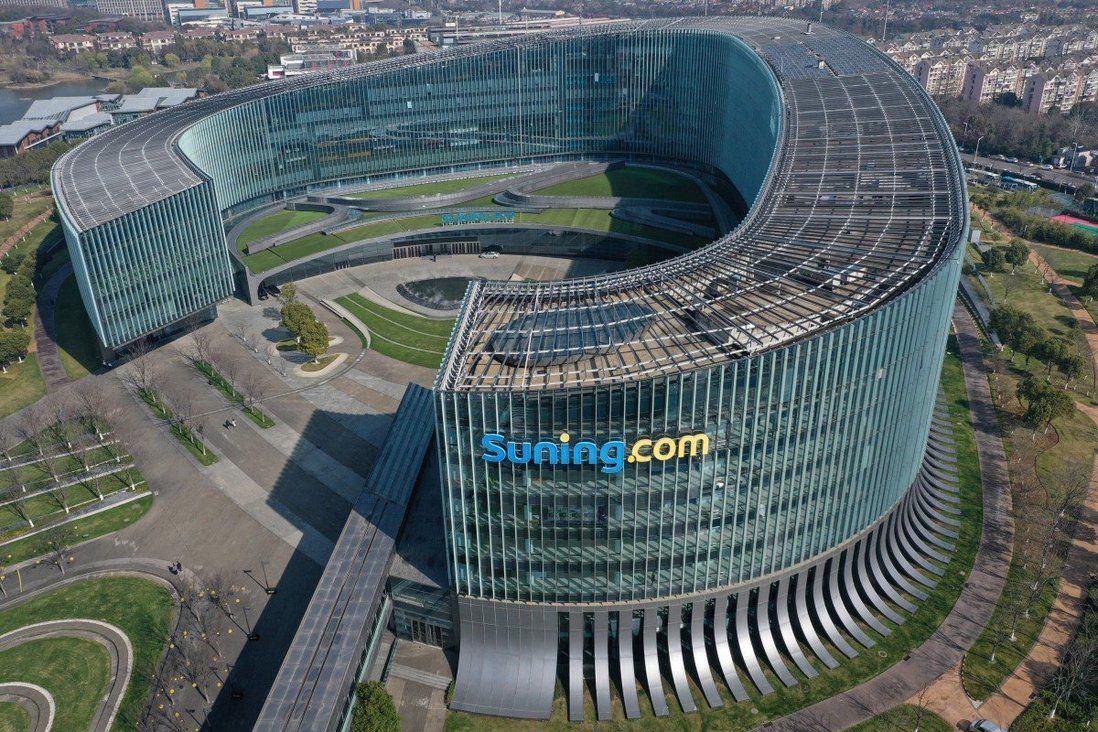 The investment into the indebted retailer comes from a consortium led by the Jiangsu government as China continues to bail out indebted conglomerates.

A consortium led by the Jiangsu government is taking a stake in Suning.com, the retail arm of billionaire Zhang Jindong’s Suning Group, marking the latest move in China’s effort to bail out its heavily indebted conglomerates.

Suning.com announced on Monday night that Zhang, Suning Group and Suning Appliance Group will sell 1.58 billion shares of the embattled retail firm
, or 16.96 per cent of the company, to a fund at 5.59 yuan per share (86 US cents), according to company filings to the Shenzhen Stock Exchange. That puts the total value of the deal at about US$1.4 billion.

“This deal helps Suning out of its debt crisis,” said Maggie Hu, assistant professor of real estate and finance at the Chinese University of Hong Kong. “It contributes positively to the normal operation of business and avoids potential disruption due to bankruptcy risk.”

After the share transfer, which still needs to be confirmed by the Shenzhen Stock Exchange, Suning.com will no longer have a controlling shareholder or actual controller, the company said. 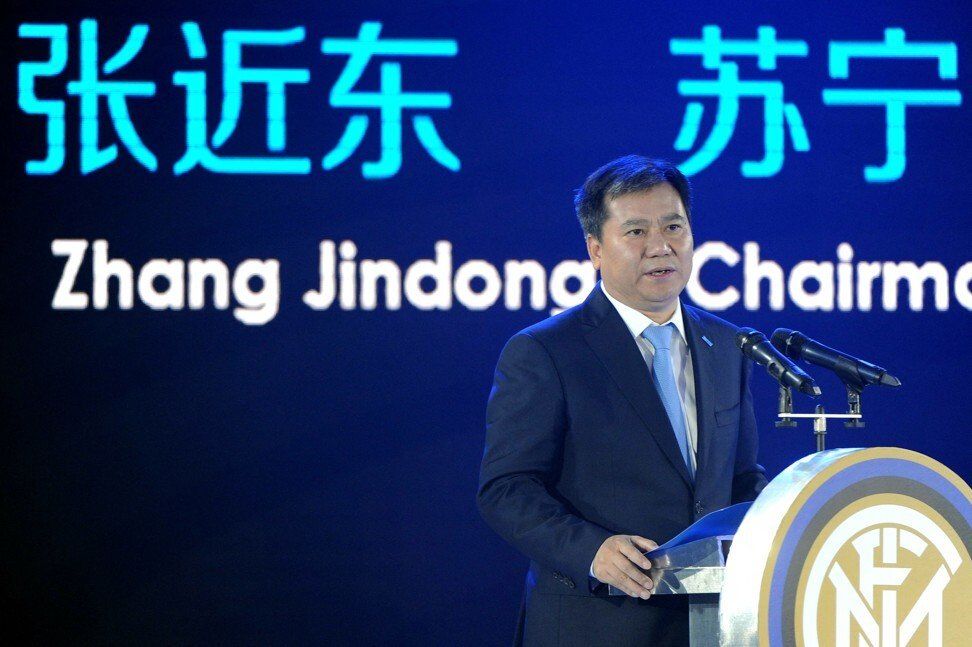 “The participation of state-owned assets will lay a solid foundation for the stable and healthy development of Suning.com,” Suning said in a statement published on its official WeChat account. “Alibaba, Haier, Midea, TCL, Xiaomi and other industrial investors will exert close synergy with Suning.com and continue to deepen cooperation in areas such as users, technology, services, supply chain, warehousing and logistics.”

Notably, this is the first deal Alibaba has been involved in following a months-long antitrust investigation that culminated in a record 18.2 billion yuan fine
for the Hangzhou-based company in April. The deal adds to the nearly 20 per cent stake in the retailer already held by Alibaba, owner of the South China Morning Post.

The deal comes more than a week after Suning.com, once China’s dominant retailer of home appliances, revealed plans to buy unspecified assets from a local private equity fund to revive the group, after forays in football clubs and other businesses drained its cash.

Suning.com was in talks to buy some companies from a fund backed by Shenzhen Capital Group, it said in an exchange filing on June 23, without disclosing the details. The purchase will be funded by issuing new shares and partly by cash, the company said.

Shares of Suning.com have been suspended since June 16, pending further announcement on that deal. They last traded at 5.59 yuan in Shenzhen, the lowest in eight years. The company’s market value has dwindled to 52 billion yuan, down 75 per cent from its peak in 2015.

In 2015, Alibaba and Suning.com – then known as Suning Commerce Group – signed a strategic partnership, acquiring stakes in each other. Alibaba paid 28.3 billion yuan for a 19.9 per cent stake in the retailer that, in turn, invested 14 billion yuan to acquire 1.1 per cent of the e-commerce giant. 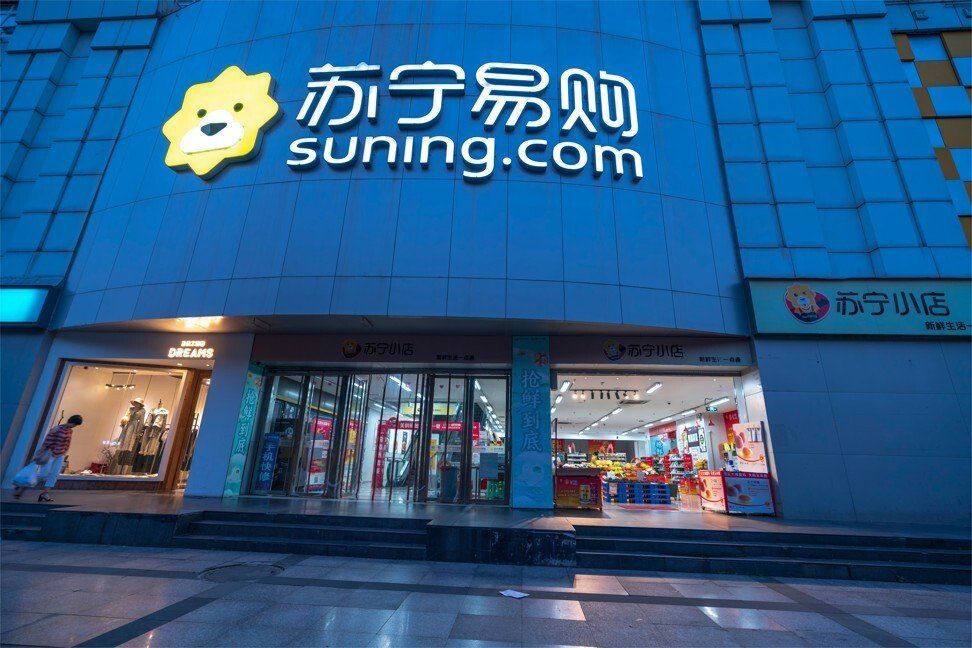 Founded in 1990 in Nanjing, capital of Jiangsu, Suning.com grew from a 200-square-metre store that sold air conditioners into one of the country’s largest retailers of home appliances and consumer electronics.

At the end of March, Suning.com, which also has franchised shops, had 2,611 self-operated stores across China, including 30 shops in Hong Kong.

The company has become the country’s third-largest online retailer and ranked first in the home appliances category, according to separate reports from market research firm Analysys and China Household Electric Appliance Research Institute.

Although former Premier Wen Jiabao previously exhorted Suning.com to transform into “China’s Walmart”, the company became mired in a cash crunch after it pursued an aggressive expansion into areas like finance, property and professional sports.

That liquidity crisis surfaced last September when Zhang, also the founder and chairman of privately held Suning Holdings Group, waived his right to ask property developer China Evergrande Group to repay the company’s strategic investment of 20 billion yuan. The decision surprised some investors because the group’s management said earlier that month the holding company would demand the return of its money if Evergrande failed in its domestic stock listing in January this year.

At the time, the holding company and Suning.com were facing the equivalent of US$4.3 billion in local and dollar bond maturities by the end of 2021.

Zhang, whose wealth is estimated at US$6.6 billion by Forbes, said at a company meeting in February that it would focus on the retailing business and shed unrelated assets. He disbanded the Jiangsu Suning football club, which won the Chinese Super League title in November, and has asked players at Inter Milan, which the group acquired in 2016, to take a pay cut after winning the Italian Serie A football championship in May.

While Zhang has been trying to stabilise the group’s finances, he is expected to lose control of Suning.com after 31 years because the share issue to Shenzhen Capital Group will dilute his holding, according to the Shenzhen Stock Exchange filing last month. His stake in Suning.com fell below 21 per cent after the sale of a combined 23 per cent stake to Shenzhen International Holdings and Shenzhen Kunpeng Equity Investment Management in March to raise cash.

Zhang’s Suning group is not the first Chinese conglomerate to encounter financial difficulties because of debt-fuelled expansion. Real estate developer Dalian Wanda Group and aviation services firm HNA Group have been forced to unwind investments or go under government control.

Dalian Wanda, which is controlled by billionaire Wang Jianlin, sought to reorganise part of its sprawling businesses after halting a five-year pursuit to list its property operations on the mainland in March.

HNA, one of China’s largest global asset buyers spawned from the country’s largest privately-owned airline, entered bankruptcy restructuring in January after a government-led exercise to work out its debt failed to come up with the money to repay bondholders and creditors.