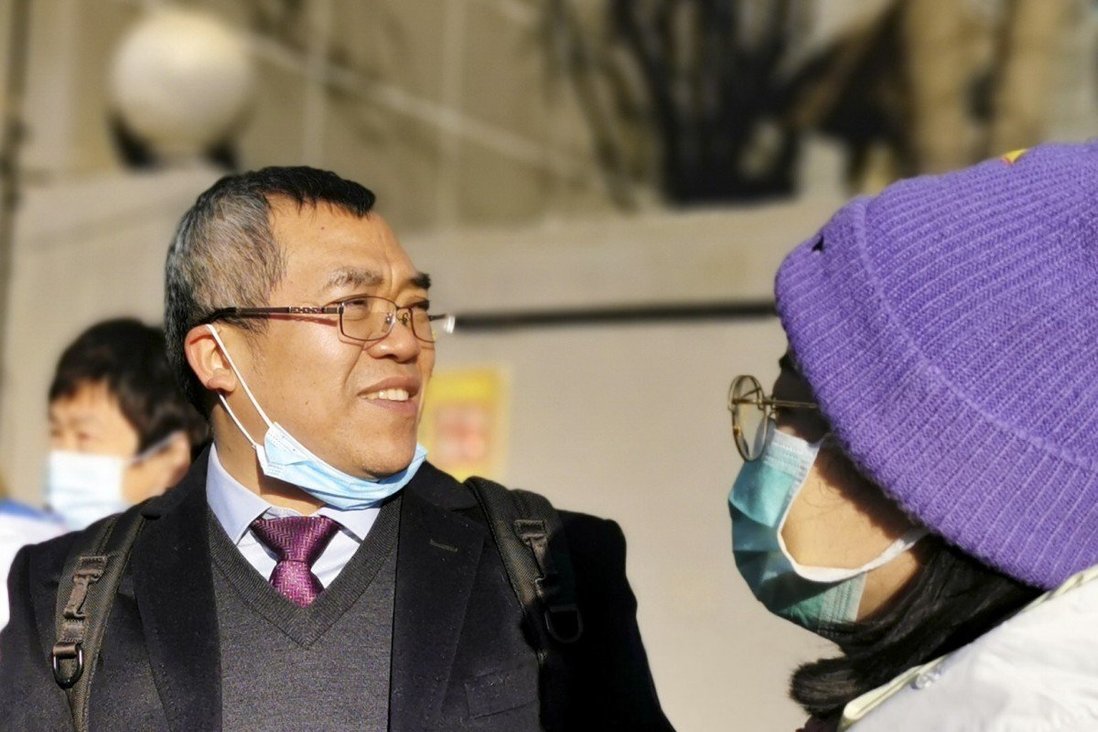 Zhou Ze gets one-year suspension for disclosing evidence from a financial crime case in which he represented another lawyer.

A Chinese lawyer has been suspended for a year after he posted videos on social media that allegedly showed police using torture to extract confessions from witnesses and a defendant he was representing.

The justice bureau in Beijing’s Chaoyang district on Thursday handed down the suspension to Zhou Ze, 51, for breaking a government regulation on lawyers’ conduct.

Zhou, who has been practising law since 2003, said he would appeal the ruling.

It comes as scores of lawyers in mainland China – some of whom have taken on politically sensitive cases – face pressure from the authorities to drop cases or risk losing their licences.

Earlier this week, Lu Siwei and Ren Quanniu were told by their justice bureaus that their lawyer licences would be revoked. The two lawyers had been appointed by families of some of the 12 Hong Kong fugitives who were jailed in Shenzhen last week for illegally crossing the border, but their appointments were rejected by the authorities.

Zhou’s suspension was handed down after a one-day hearing on Tuesday. The justice bureau heard Zhou’s defence for disclosing the evidence from a financial crime case on Weibo last year, when he was representing another lawyer, Lu Xiansan, but all of his arguments were rejected.

In its ruling on Thursday, the justice bureau said Zhou had violated the lawyers’ code of conduct in order to “influence a case that is proceeding through inappropriate methods”.

Zhou said afterwards that the ruling was unreasonable because the material he had disclosed was from the first instance hearing that had concluded, and he was the defence lawyer for the appeal.

“Since that case was closed, all information – with the exception of internal files – was no longer considered confidential and there was no restriction on disclosure,” Zhou said.

“The disclosure related to unlawful interrogation and extraction of a confession through torture and therefore it was entirely justifiable both from a legal and ethical perspective,” he said. 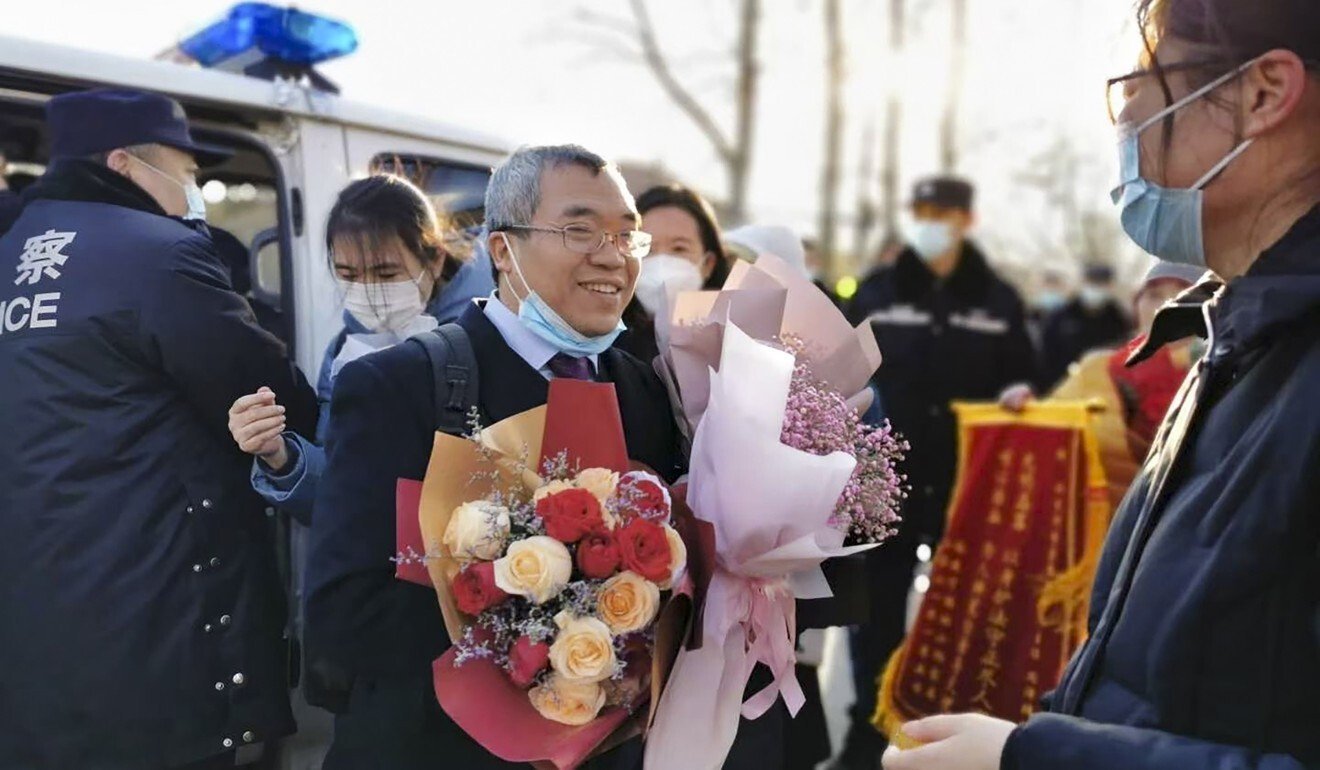 Supporters give Zhou Ze flowers after the hearing in Beijing.

Lu Xiansan’s wife, Zhao Jing, had earlier complained to police, prosecutors and the courts, alleging her husband had been tortured, but got no response.

Lawyer Yang Jinzhong, who was not involved in Zhou’s case, said China’s Criminal Procedure Law allowed defence lawyers to file charges against police and prosecutors if they were found to have violated defendants’ rights.

“The law gives lawyers this power, so how can this be seen as a violation that warrants administrative punishment when [Zhou] was simply exercising his lawful right?” said Yang, who is also vice-chairman of the Lawyers’ Association in the Ningxia Hui autonomous region.

“Torture is a serious crime and seen as a ‘tumour’ in any civilised country,” he said. “If the extraction of confession through torture is not exposed and instead condoned … then illegal prosecution will go unchecked.”

Zhou was previously a journalist and taught at the China Youth University of Political Studies before he became a lawyer. In recent years he has defended fellow lawyers, journalists, private businessmen and intellectuals caught up in government political campaigns.