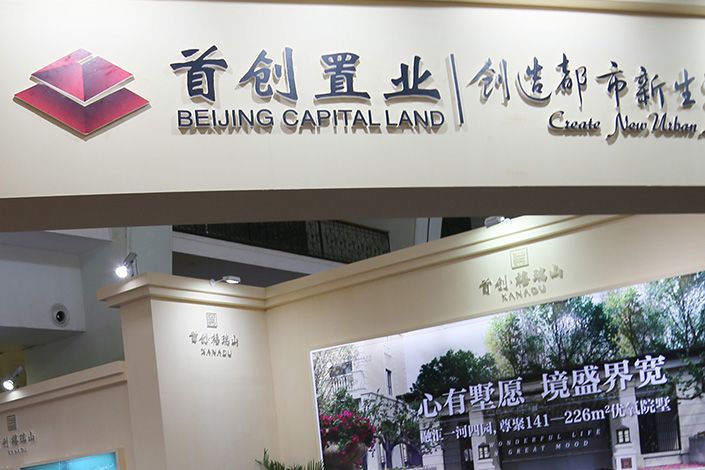 Property developer Beijing Capital Land Ltd. is seeking to delist from the Hong Kong bourse after 18 years and be absorbed by its controlling stakeholder after low share prices and sluggish trading hamstrung its ability to raise funds from the equity market.

Under the proposal, Capital City will pay HK$2.8 ($0.36) per H share to shareholders in cash, representing a premium of about 62.8% over the closing price on Thursday, according to the filing. Capital Group, which is wholly owned by the Beijing municipal government, currently holds a 56.7% stake in the property developer.

“The relatively low trading price range … significantly limit the company’s ability to raise funds from the equity market,” according to the statement. “At the same time, the cost of maintaining the company’s listing status … had been on the rise, defeating the original purpose for listing.”

Capital Land’s H shares have traded at a significant discount compared to the book value of the company and its subsidiaries over the past three years, with price to book ratios ranging from 0.21 to 0.52 during that period, according to the filing. Daily transaction volumes meanwhile have averaged just 4.68 million shares, or 0.31% of its total issued H shares over the past two years.

The proposal will require approval from the Chinese government and shareholders, after which Capital Land will eventually be de-registered.

The privatization will improve the creditworthiness of Capital Land because Capital Group is a key state-owned enterprise, and it will also make it easier for the firm to receive capital support from its parent, according to the filing.

Tough conditions in China’s real estate market that have dented profits in the past few years also prompted the merger and delisting, said the company, citing government policies launched in 2018 to stabilize housing prices and curb speculation.

In view of the uncertainties, “… the Merger would provide the H Shareholders an excellent opportunity to monetize their investments in the Company with relatively low liquidity immediately for cash at a compelling premium over the market price,” said the filing.

Capital Land closed at HK$2.5 on Monday, up over 45% from the previous trading day.
Add Comment