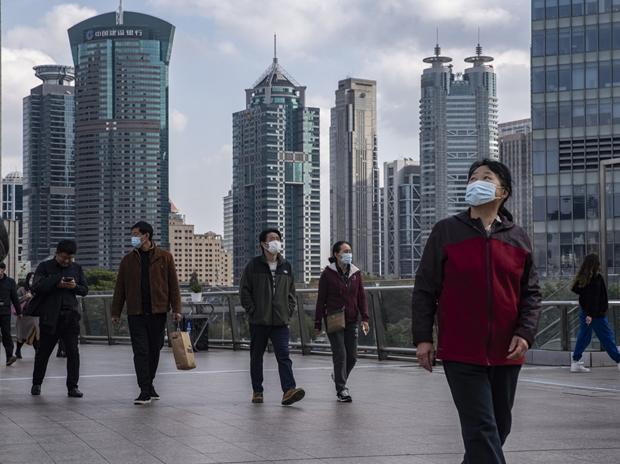 The demographics of the world's most populous country is set to change as China will experience a negative growth after 2025, which will result in shortage of consumer demand, a well-known Chinese economist has cautioned.

China's population is set to peak in just four years' time and the milestone will be marked by a significant downturn in consumer demand, said Cai Fang, a member of the monetary policy committee of the People's Bank of China, the central bank.

When the total population enters negative growth (after 2025), there will be a shortage of demand, Cai was quoted as saying by Hong Kong-based South China Morning Post on Sunday.

We need to pay attention to the impact of demographics on future consumption, he said.

Cai's comments came as China is due to release its latest census later this month.

According to a PBOC study released a few days ago, China should immediately liberalise its birth policies or face a scenario in which it has a lower share of workers and higher burden of elderly care than the United States by 2050.

In a rare frank appraisal, four researchers from the PBOC said the country should not interfere with people's ability to have children or it will be too late to reverse the economic impact of a declining population.

Since 2016, Chinese couples have been allowed to have two children.

We should not hesitate and wait for the effects of existing birth policies, the researchers said in a working paper published early this week.

The birth liberalisation should happen now when there are some residents who still want to have children but can't. It's useless to liberalise it when no one wants to have children, it said.

After implementing the controversial one-child policy for over three decades, China is facing a demographic crisis with a rapidly ageing population over 60 years, which according to official figures, has increased to 420 million in 2019.

The two-child policy, which was implemented from 2016 failed to make an impact on the low birth rates as the number of newborns dropped by two million in 2018.

China as a whole saw 580,000 fewer new-borns in 2019 compared to 2018, marking the third consecutive year of decline since the implementation of the universal two-child policy in the mainland, according to official data.

According to China's statistics bureau, the country had a population of 1.34 billion in 2010 with an annual growth rate of 0.57 per cent, down from 1.07 per cent a decade earlier.

Cai said the number of Chinese of working age had been in decline since 2010, which had mainly affected the supply side of the economy.

He said if people of working age were faced with the additional financial burden of looking after an elderly relative while trying to raise a family it would make them more likely to save than consume.

That would be bad news for the economy as the government has sought in recent years to drive growth through domestic consumption.

The cost of childbearing, parenting and education are the biggest constraints on young couples, Cai said.

For the elderly, we need to increase their labour participation and social security benefits so that they can contribute to and share in the economic growth, while also maintaining consumer demand, he said.

The government should also do more to stimulate consumption among low-income groups that had a higher propensity for spending than the wealthy, he said.
Add Comment