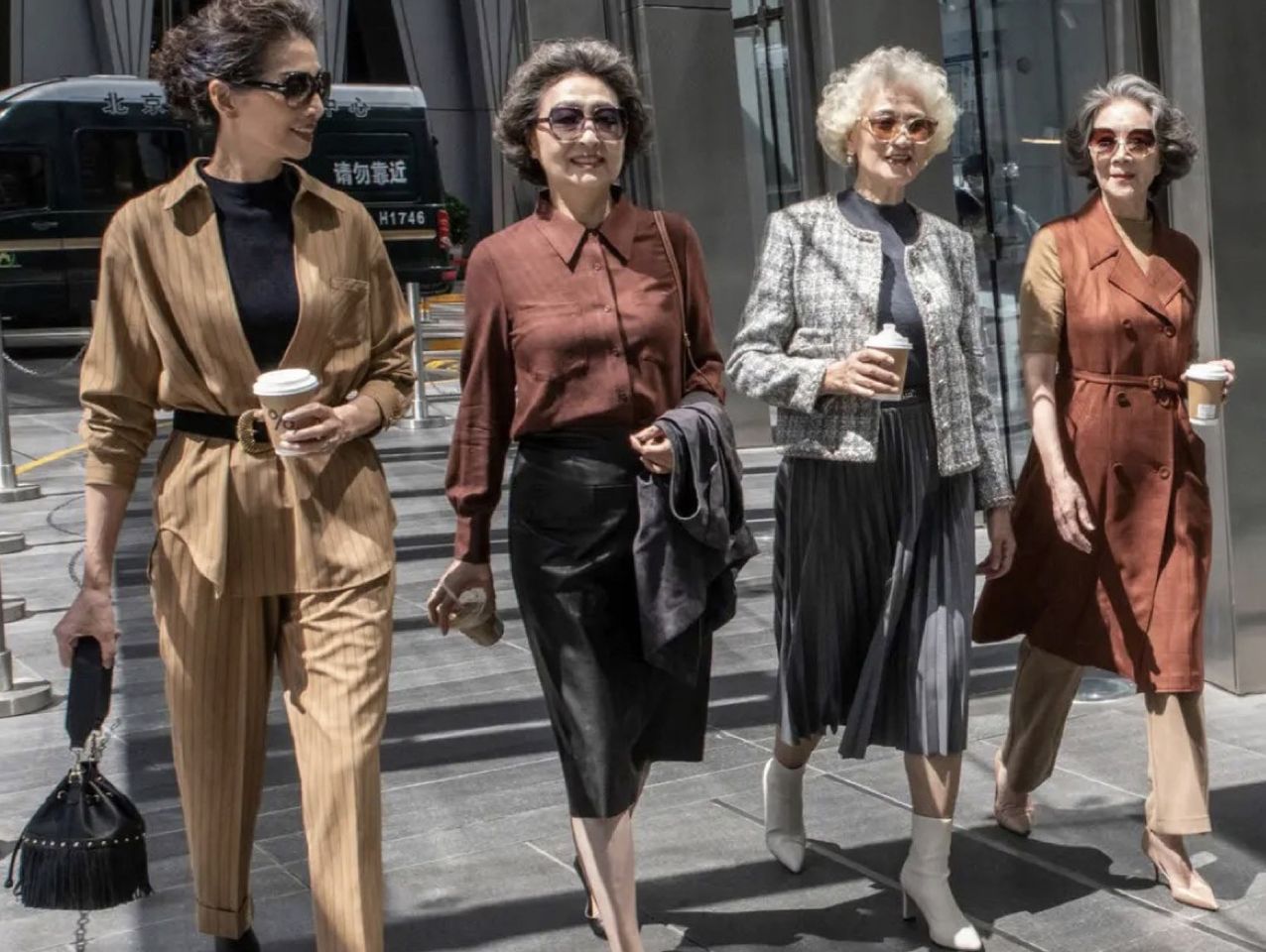 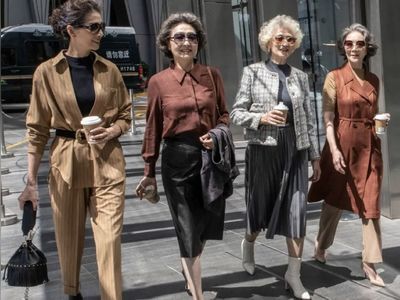 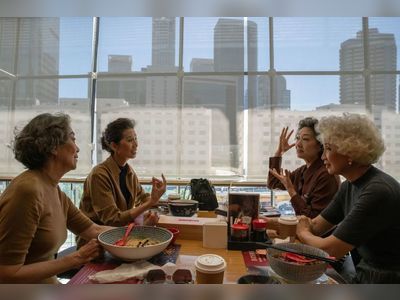 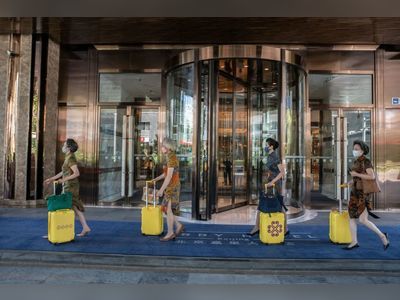 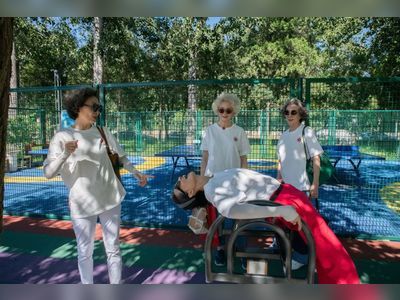 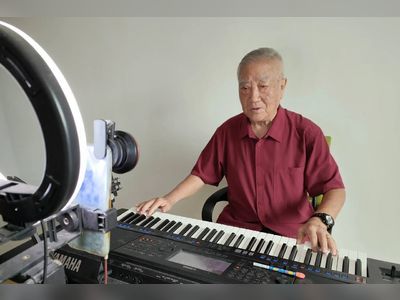 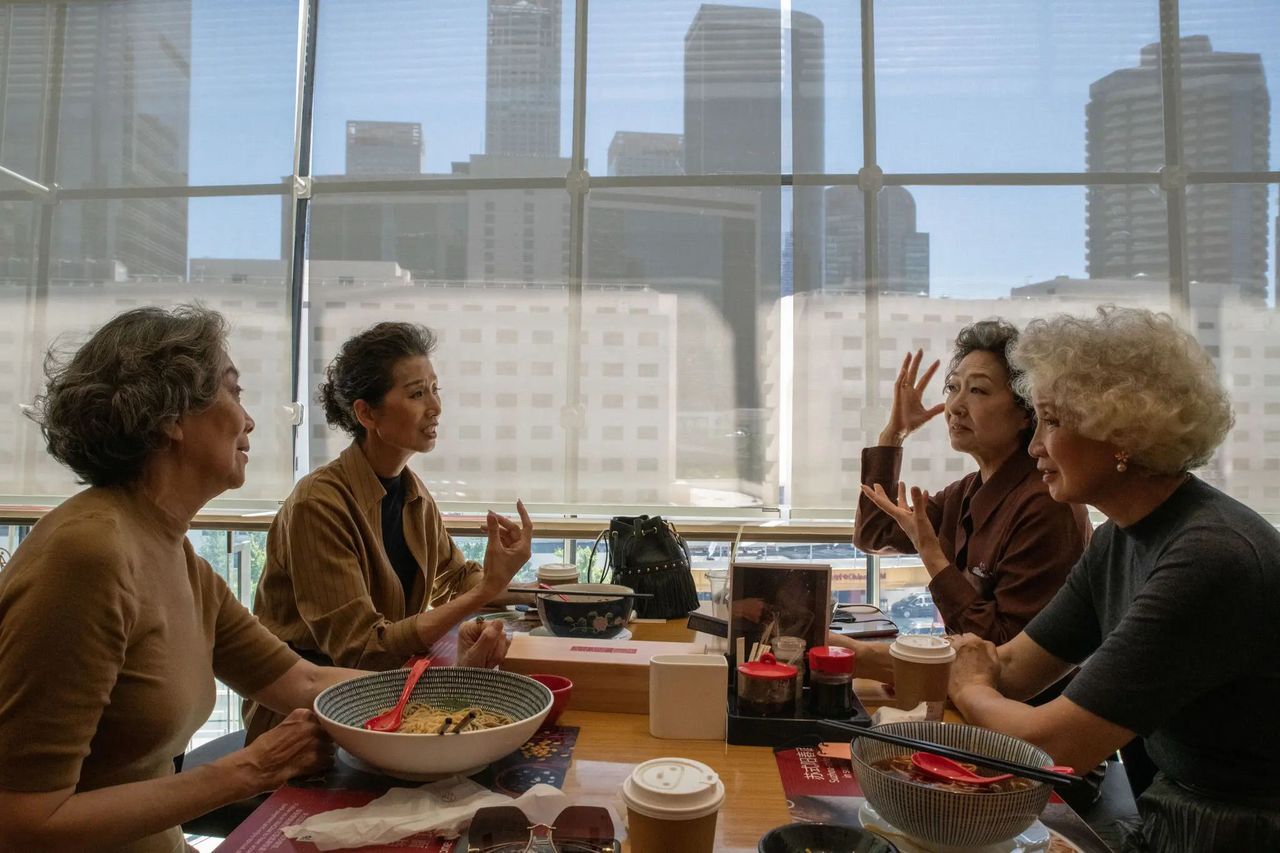 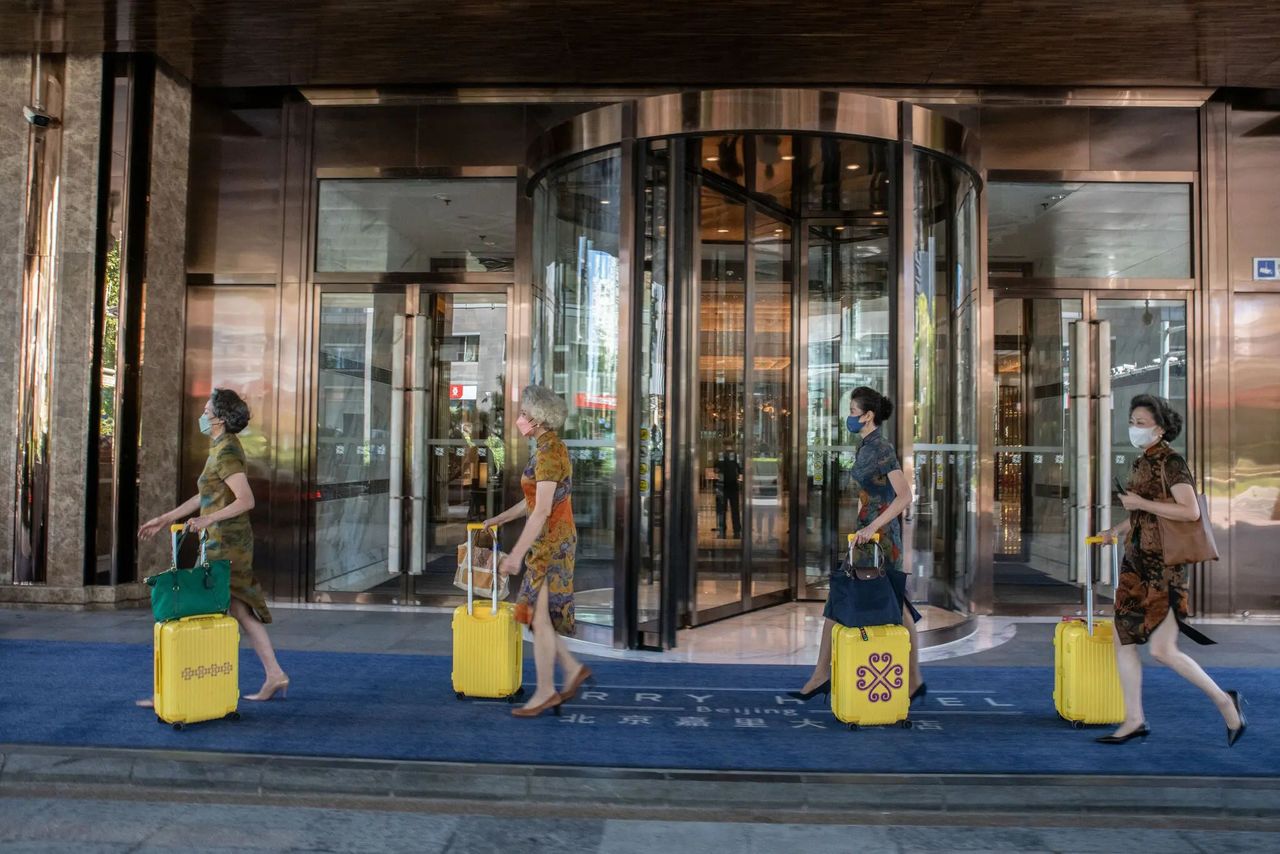 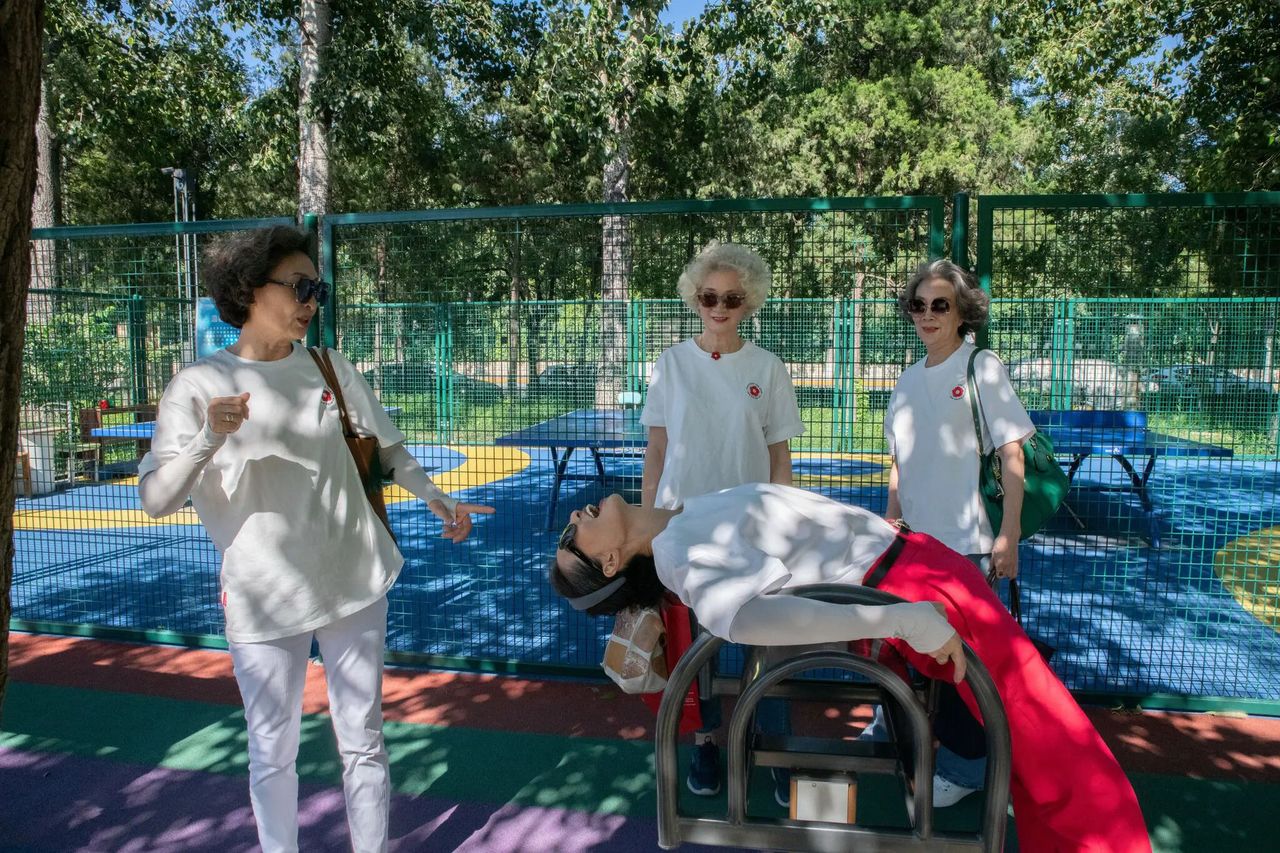 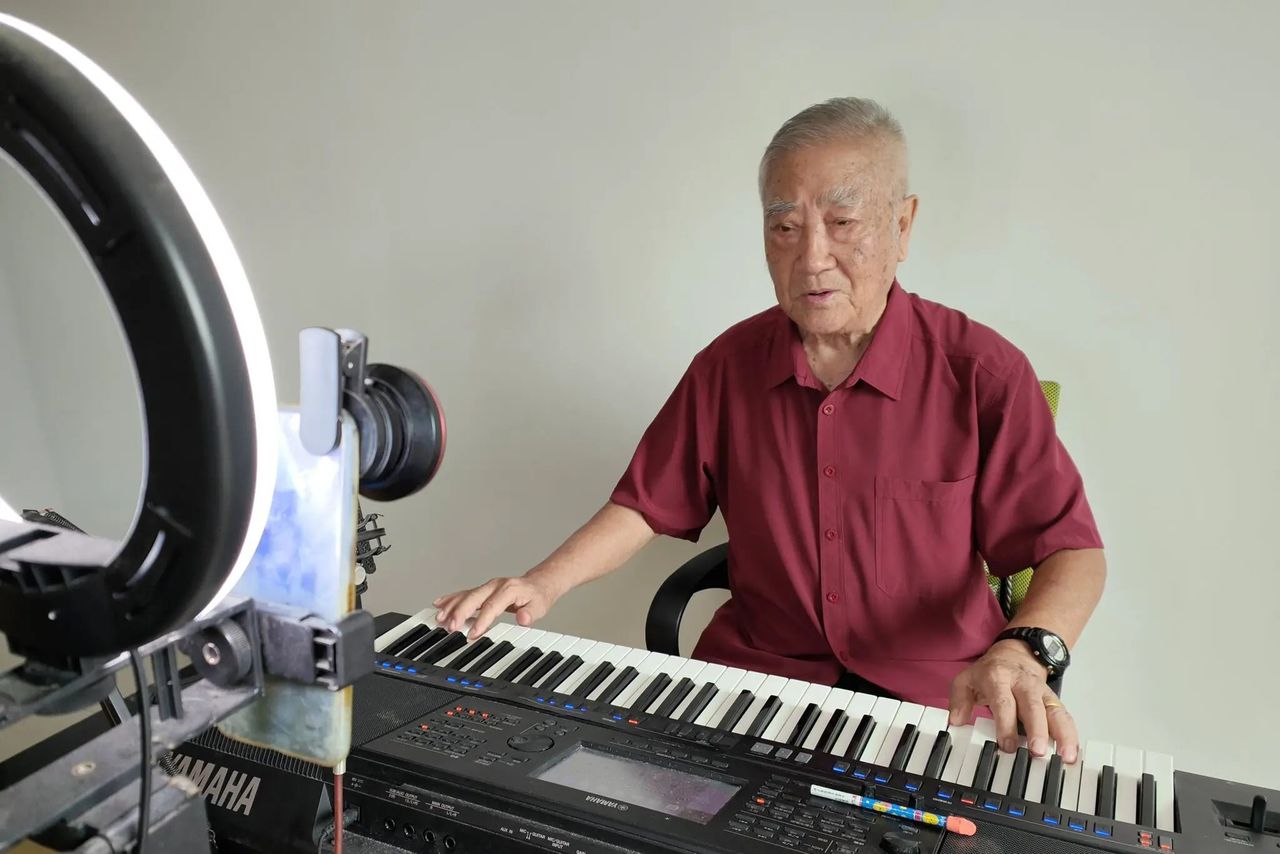 A new generation of retirees in China is living out its dreams online. Older people are challenging traditional Chinese views on aging and how to live a good life. Some, like singing 70-year-olds or gamers in their 80s, are just having a little fun.

Rapping grannies, crooning 70-year-olds and gamers in their 80s are challenging traditional Chinese views about aging and what it means to have a long and happy life.

The 65-year-old woman crouches in a field and holds up a head of cabbage. Behind her, two friends sway back and forth, cucumber and radish in their hands. “This rotten cabbage, let’s pull it out, eat it, achieve some foodie freedom,” Guo Yifen, the woman with the cabbage, raps in a low and creaky voice in the song “Spicy Hot Pot Real Rap.”

The trio, known as Sister Wang Is Coming, is known for sharing playful videos on Douyin, the Chinese version of TikTok. Ms. Guo and her musical partners, Wang Shuping, 64, and Wang Xiurong, 66, have more than half a million followers who watch their food-related music videos, featuring jams like “Fried Mushrooms” and “Country Food Rap.”

The group is part of a growing number of older Chinese who have found viral success sharing their daily lives online. In this corner of the Chinese internet, octogenarians croon, septuagenarians tango and gray-haired fashionistas strut down catwalks and offer makeup tips to millions of fans. There’s even an 86-year-old man who just sits and plays video games like Call of Duty.

With more than 260 million residents over 60, China has the largest, and fastest-growing, population of old people in the world. Nearly half are online, where some choose to live out their professional dreams, while others are simply having a little fun. Many find companionship through their fans, an antidote to an otherwise lonely life. They are among a new generation of Chinese retirees who have fewer grandchildren than those before and the financial freedom to pursue hobbies and share their experiences online.

The singers, dancers and accidental celebrities are part of a global community of seniors who have embraced the highs, and sometimes lows, of social media.

In China, influencers are helping to challenge a particularly entrenched stereotype that grandparents are expected to stay home or help care for their families by cleaning, cooking and looking after their grandchildren while their adult children work. For some retirees, grandchildren aren’t a factor at all, with more young Chinese rejecting marriage or choosing not to start a family.

“We look at our parents’ old age and we think, we have to live in a different way,” said Sun Yang, 66. A former English teacher who retired more than a decade ago, Ms. Sun and three of her friends are fashion influencers who go by the name Glamma Beijing. In their videos, they model vintage and modern clothes and weave style tips with everyday advice on life.

“What we do now is something we could only dream of when we were young,” she said. Many of Glamma Beijing’s more than two million followers are in their 50s and 60s. But there are younger ones, too, who ask the women about school and dating. Some say the tutorials helped them get over their fear of aging, Ms. Sun said.

Independence is a common theme among many of the influencers’ videos, as they push back against the thought that seniors should stay home in retirement and help raise the next generation.

In the music videos by Sister Wang Is Coming, Ms. Guo and her friends run around in fields, playing pranks on one another, or lie in the grass and daydream. They rap about their love of cooking and eating. It’s a world away from the daily routines they once had as mothers and wives with children to raise and husbands to feed.

“Times are changing,” said Lin Wei, 67, another Glamma and a former nurse who vowed to stay active in her old age. “We need to keep up with society and integrate into it.”

China is facing a host of demographic challenges — including plummeting rates of marriages and a record-low number of births — that have helped change the cultural norms around what growing old means. With one of the lowest retirement ages in the world — the average is 60 for men and 55 for women — Chinese seniors have plenty of time to pursue new creative endeavors online.

“For previous generations, their lives were more confined to within the family, watching TV and taking care of children,” said Bei Wu, a professor of global health at New York University. “But now this generation, because they have less grandchild-raising responsibilities, they have more leisure time, their scope of activity is beyond the family, and so the role of their friends and social lives is greater.”

For the foodie rapping grannies who live in a village near Beijing, the videos started as a way to pass the time during the pandemic. “It was just having fun and messing around,” said Wang Shuping. When Ms. Wang’s son, Ren Jixin, came to visit over a Lunar New Year holiday, he thought he could help the women polish their act.

“We sing out of tune. We are tone deaf,” Ms. Guo said. Mr. Ren, a composer for documentary films, suggested the trio rap instead of sing, and he started writing lyrics for the group. This year, hundreds of thousands of people started to follow their Douyin account. Mr. Ren moved back home and now spends several days a week writing, rehearsing and filming.

“It exercises our brain,” Ms. Guo said of the content they create.

There’s money in it, too. Through their Douyin account, Sister Wang Is Coming make about $1,400 a month. It’s not enough to live on, but as their fan base grows, they have generated more interest from companies that want to advertise with them.

For Glamma Beijing, streaming is much more lucrative. They can make more than $115,000 from advertising and sales commissions with just a handful of livestreams. In one such event in August, the four grandmothers sat by a lake in a Beijing park and talked about their youth as 21,000 people watched online.

But success can have its challenges. Some older influencers in the country are managed by talent agencies that impose grueling quotas and demand their clients hawk products and brands. Fans can be fickle, and social media platforms like Douyin can bombard users with channels more focused on selling products than telling a good story.

When Tang Shikun, 86, started filming himself singing in 2020, a thousand viewers would tune in each session. These days, only about 20 people watch Mr. Tang at any given time. Douyin has told his grandson, Tang Rui, who manages the account, that Mr. Tang’s content is too simple and therefore doesn’t get promoted on the platform.

That hasn’t bothered Mr. Tang, who performs under the account name Grandpa Loves Singing. A former munitions inspector at a state-owned factory, Mr. Tang has been retired for 36 years. Music, he said, has given him fulfillment since he moved from northeastern China to the tropical southern province of Hainan in 2019.

Mr. Tang, a widower, found it lonely at first living in a new city. “Now I play the keyboard for people on Douyin, and I can get to know all the friends in the world,” he said. There are some regulars in his daily sessions for whom Mr. Tang likes to play their favorite songs.

One fan, a 50-year-old contractor who goes by the name “Sunshine” online, likes the traditional Mongolian ballad “The Prairie Has a Blue River.” Another fan, a woman in her 50s from the southwestern province of Yunnan, once asked Mr. Tang’s grandson for his bank account details. She sent him more than $2,000.

Mr. Tang said he had made more than $68,000 in tips and donations since he started posting his videos online two years ago. “I play the keyboard and sing happily, and people who listen can also benefit from that happiness,” he said. “I think old people should have their own way of life,” he added, “not sit idle every day, but find their own hobbies to enjoy happiness.”