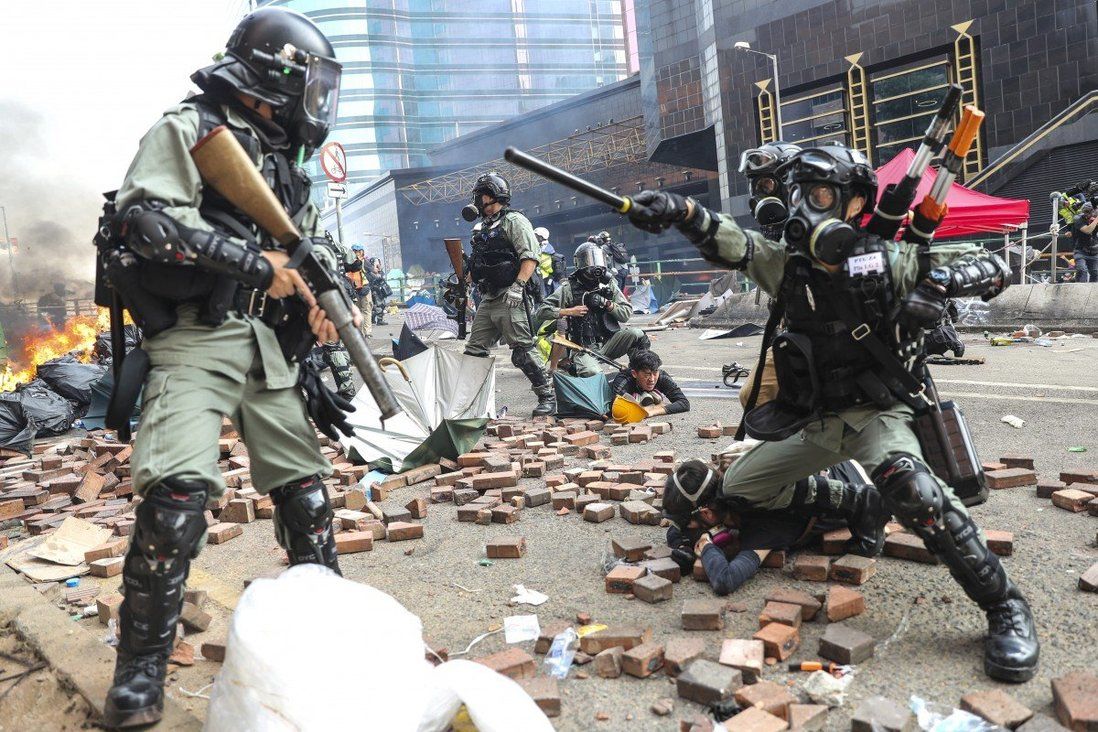 Resolution refers to series of measures taken since social unrest in the city in 2019.

In a landmark resolution released on Tuesday, the Communist Party endorsed Chinese President Xi Jinping’s major overhauls on Hong Kong and firm stand on Taiwan as the right decisions for the party and the country.

In the full text of the resolution defining its achievements in the last century, the party doubled down on its determination to strengthen its grip on Hong Kong to ensure that the city is “governed by patriots”.

It is the first time Hong Kong has been included in such a major party resolution, which will shape the organisation’s ideologies and policies for decades to come.

It was adopted on Thursday at the end of the sixth plenum of the party’s 19th Central Committee but the full text was released only on Tuesday.

“Due to a variety of complicated factors both at home and abroad, anti-China activities aimed at destabilising Hong Kong ran rampant for a period of time, posing serious challenges to Hong Kong,” it said, referring to social unrest in the city in 2019.

“The party central has underscored the need to fully, firmly, and accurately implement the one country, two systems policy and to uphold and improve the systems of the policy.

“It has taken steps to ensure law-based governance, constitutional order as outlined in the constitution and the basic laws, and the central government’s overall jurisdiction in the Hong Kong and Macau special administrative regions are enforced. It has also ensured resolute implementation of the principle of patriots governing Hong Kong and Macau.”

The document listed Beijing’s major decisions in response to the unrest, including enacting the national security law in the city; overhauling the electoral system to ensure pro-Beijing politicians have firm control over the legislature and government; and requiring civil servants to take a pledge of allegiance to the Hong Kong government.

The resolution said the central government firmly supported the Hong Kong government’s efforts to “curb violence, stop the chaos and restore order” and “prevent and contain external forces from interfering in Hong Kong ... affairs resolutely while harshly cracking down on separatist, subversion, infiltration, and sabotage activities”.

On Taiwan, the resolution said national unification was “the unswerving historical tasks of the party, the common aspiration of all Chinese people, and the necessity for the great rejuvenation of the Chinese nation”.

It praised Xi’s policies on Taiwan as “important concepts and major policy propositions forming the party’s overall strategy for solving the Taiwan issue in the new era”.

Xie Maosong, a senior researcher with the National Strategy Institute at Tsinghua University in Beijing, said the resolution’s references to Hong Kong indicated an “official and formal recognition of the historical impact” of Xi’s decisions over the special administrative region.

“The long paragraphs on Hong Kong and Taiwan issues show that Beijing will definitely not back down on its tough stance because the measures have been effective,” Xie said.

“The wording of the resolution suggests that Xi’s road map on resolving the Taiwan issue is now endorsed by the party, after his resolute handling of the Hong Kong situation has won him support among the party’s rank and file and beyond.”

Beijing views self-ruled Taiwan as breakaway territory that must be brought back under control, by force if necessary. It has time and again warned the United States against official and military contact with Taipei, and viewed any official exchanges between the two as provocative moves.