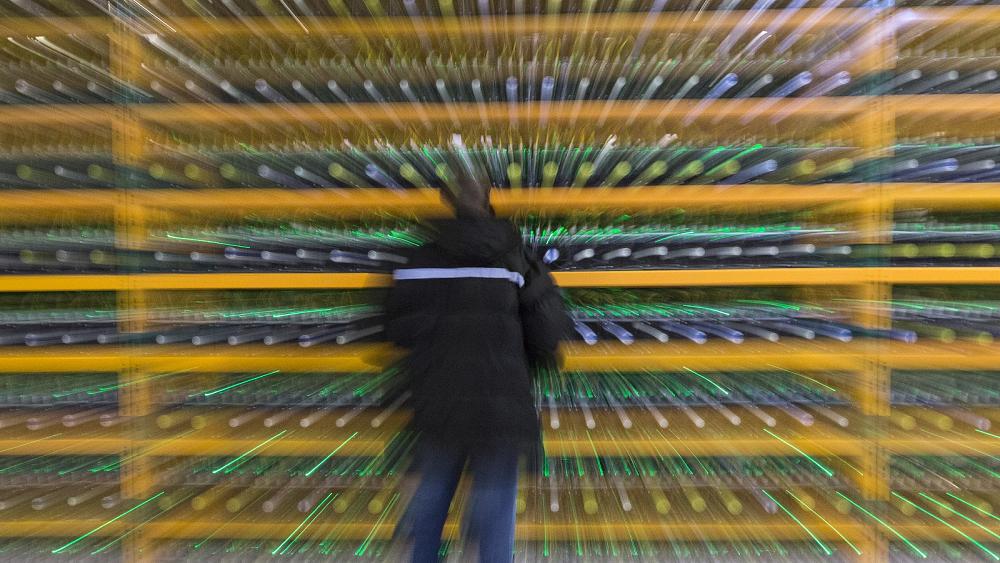 Accounting for 80 per cent of the global cryptocurrency trade, China's overuse of supercomputers and coal-fired power plants could have a devastating impact on climate.

China's electricity-guzzling Bitcoin mines, which power nearly 80 per cent of the world's cryptocurrency trade, could undermine the country's climate goals, according to a study published on Tuesday in the scientific journal Nature.

While the terminology cunjures up images of digging up precious minerals from a hole in the ground, mines from which Bitcoins are extracted are in fact sites full of microprocessors running to perform mathematical calculations.

These computers, which are the source of Bitcoins, consume huge amounts of electricity, some of it originating in one of more than a thousand coal-fired power plants across China.

According to the Nature study, if left unchecked, China's Bitcoin mines will produce 130.50 million metric tons of carbon dioxide emissions by 2024, nearly equivalent to the total annual greenhouse gas emissions of Italy or Saudi Arabia.

As of April 2020, Chinese companies with access to cheap electricity and equipment were running 78.89 per cent of the world's bitcoin operations, according to Nature.

About 40 per cent of China's Bitcoin mines are powered by coal-fired electricity, while the rest use renewable energy, the study said.

But these coal-intensive facilities are so large that they could end up undermining Beijing's environmental commitment to peak carbon emissions by 2030 and become carbon neutral by 2060, the study warns.

"The intensive exploitation of bitcoin in China can quickly become a threat that could potentially undermine the effort to reduce emissions," Wang Shouyang, a co-author of the study from the Chinese Academy of Sciences, told AFP.

He said the Chinese government should focus on upgrading the power grid to ensure a stable supply from renewable sources.

"As energy prices in China's clean energy regions are lower than those in coal-fired regions, 'miners' - who run their computer hardware to perform mathematical calculations and participate in the network, with the aim of receiving a reward in Bitcoin - should have more incentive to move to clean energy regions," he added.

This year, the Bitcoin mining industry is expected to consume 0.6 percent of the world's total electricity production, more than Norway needs annually, according to the University of Cambridge's Bitcoin Electricity Consumption Index.

Given the profits that can be made, Wang believes that imposing carbon taxes is not enough to deter miners.

In 2019, China banned trading in cryptocurrencies to combat money laundering. But Bitcoin "mining" is still permitted.