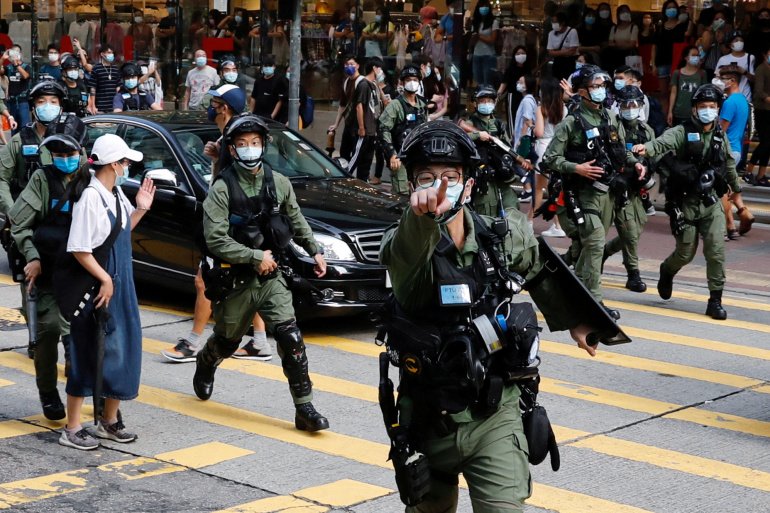 Beijing also considering changes to the electoral system, in an effort to further curtail the influence of the territory’s Democrats.

The arrest of more than 50 Democrats in Hong Kong last week intensifies a drive by Beijing to stifle any return of a populist challenge to Chinese rule and more measures are likely, two individuals with direct knowledge of China’s plans told the Reuters news agency.

While stressing that plans had not been finalised, the individuals said it was possible that Hong Kong elections – already postponed until September on coronavirus grounds – could face reforms that one person said were aimed at reducing the influence of Democrats.

Both individuals, who have extensive high-level experience in Hong Kong affairs and represent Beijing’s interests, spoke on condition of anonymity.

Beijing’s involvement was “substantial” in driving and coordinating actions with the Hong Kong government, said one of the individuals, a senior Chinese official.

He told Reuters the latest arrests were part of a wave of ongoing actions to silence activists and to “make sure Hong Kong doesn’t slide back to what we saw 18 months ago,” when enormous demonstrations marked the boldest public revolt against China’s leaders since the Tiananmen Square protests in Beijing in 1989.

China has been “too patient for too long, and needs to sort things out once and for all,” he added, saying more tough moves would be rolled out for “at least a year”.

“The legitimate rights and freedoms of the people of Hong Kong have been upheld and criminals are brought to justice through our independent judiciary,” he said in an emailed response to Reuters, without responding to questions about Beijing’s role.

Hong Kong elections were scheduled for September 5 and officials were working to ensure an open, fair and honest poll, he added.

The Chinese government did not respond to requests for comment.

The Chinese official said Beijing remained concerned the opposition could still muster a majority in the legislature should the polls go ahead, given a lingering groundswell of public support.

Chinese officials were now discussing ways to change the electoral system to address “deficiencies” in the political structure, he said and elections might be further delayed.

The second pro-Beijing source confirmed there were advanced talks on structural changes to Hong Kong’s political system, including possibly curtailing the influence of Democrats on a 1,200-person election committee to select Hong Kong’s next leader in 2022.

“It will likely shake up the whole political base,” the source said of the reforms.

Lam’s spokesman said authorities were exploring using electronic polling and setting up polling and counting stations in mainland China to allow registered electors there to vote. 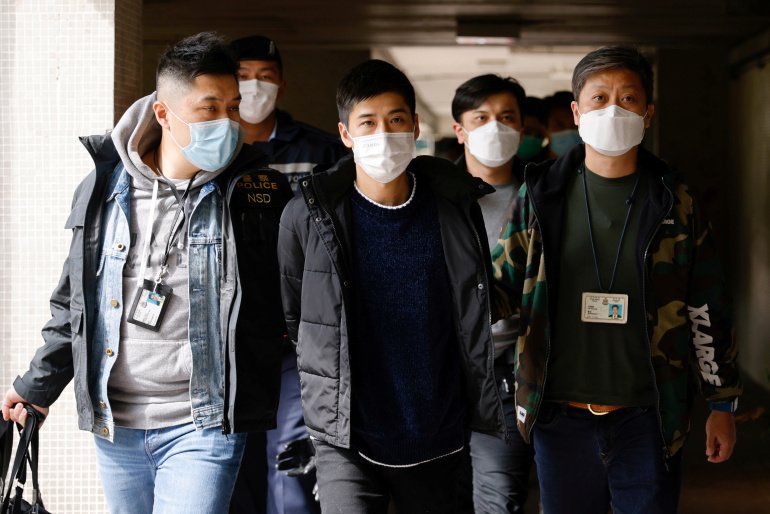 Any changes to electoral laws to further isolate the opposition would now be procedurally guaranteed with the legislature now controlled by pro-Beijing politicians following a mass resignation of Democrats from the legislature last November.

Since the new security law was introduced, authorities have arrested 93 opposition figures under the legislation, frozen activists’ assets, confiscated phones, computers and travel documents, disqualified some legislators and clamped down on the media. Hundreds have fled into exile.

Six senior democratic figures interviewed by Reuters voiced fears over what they described as a grim outlook since the most recent arrests.

Among the next steps authorities could focus on, they said, are disqualifying hundreds of democratic “district councillors” who dominate the grassroots political arena; entrenching loyalty to China within the civil service; squeezing businesses whose bosses explicitly support the democratic cause; and the creeping censorship of the internet and media under the auspices of national security.

Authorities in Beijing and Hong Kong have repeatedly said the security law will only target a small minority of “troublemakers”.

Beijing denies curbing rights and freedoms in the territory of 7.6 million and has opposed criticism of the arrests since the imposition of the security law as “grave interference in China’s sovereignty and domestic affairs”.

“Hong Kong has entered a harsh winter,” said Benny Tai, a former law professor who has been a key strategist for the camp, who was arrested in last week’s crackdown. “The wind is blowing fierce and cold.”

When the city was returned to Chinese rule by the British in 1997, China’s leaders agreed in a mini-constitution to grant the city a high degree of autonomy and wide-ranging freedoms not allowed in mainland China including free speech, assembly and eventual full democracy.

Yam Kai-bong, a Tai Po district councillor with the localist pro-democracy Neo Democrats, said the spectre of protracted legal proceedings related to the arrests could scare off or weaken the opposition camp’s chances in any upcoming election.

“It’s very clear that the authorities, this time, want to cast one net to capture all those who may have been planning to contest the upcoming elections – if they even take place – and to make it very difficult for them to run.”