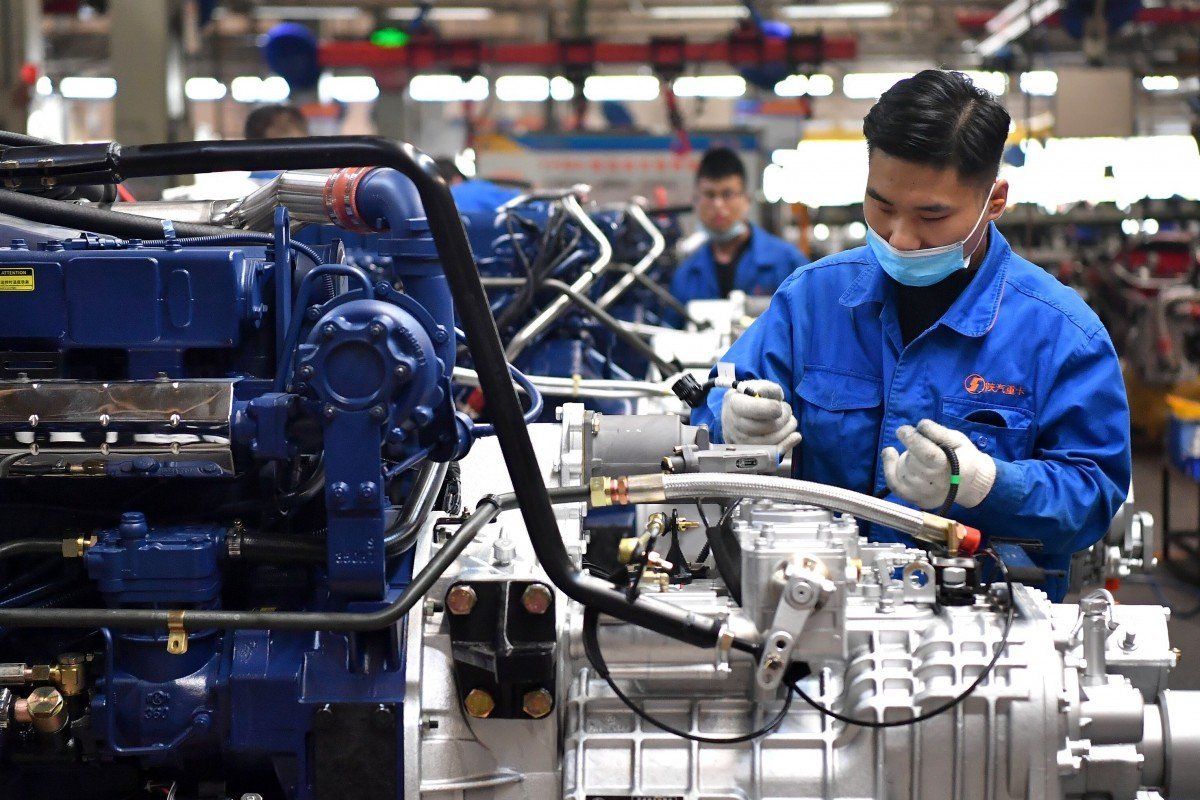 Official data shows China has already surpassed this year’s new urban job creation target, although experts have cast doubt on the accuracy of the figures.

China created 10.09 million jobs in its cities between January and October, surpassing this year’s target of 9 million new urban jobs two months ahead of schedule, the National Bureau of Statistics (NBS) said on Monday.

China’s improving job market is largely in line with its broad-based recovery from the coronavirus pandemic, with consumption and services in recent months catching up with growth in industrial production and fixed-asset investment.

Unemployment in China has fallen since April, when the country resumed production as the coronavirus pandemic was gradually brought under control.

The urban unemployment rate stood at 5.3 per cent in October, 0.1 percentage points lower than in September, and comparable with pre-coronavirus levels at the end of 2019.

NBS spokesman Fu Linghui said on Monday the overall employment situation was “stable”, although some experts have questioned the pace of recovery.

Larry Hu, chief China economist at Macquarie Capital in Hong Kong, said China’s job market recovery was “much better than expected” and in line with its economic rebound.

However, Hu said the real employment picture might be less rosy than the data suggested, as many of China’s 290 million migrant workers
were often excluded from official figures.

“If a migrant worker leaves his urban job to go back to his rural home, this job loss may not be included,” he said. “If you look at the catering industry where many migrant workers are employed, you can see growth is very small and has not returned to normal.”

China’s catering industry reported a 0.8 per cent increase in revenues in October from a year earlier, NBS data showed.

Sheng Liugang, associate professor at the department of economics at the Chinese University of Hong Kong, said China’s steady economic recovery was driven mainly by exports and government investment.

“Consumption and the retail sector continue to underperform because of concerns about the outlook of wages and employment,” he said.

Beijing set a job creation target of 9 million in May after it had factored in the impact of coronavirus. Last year, China created 13.5 million urban jobs, surpassing its goal of 11 million, according to official data.

Despite the positive picture painted by official figures, China’s urban unemployment rate is widely seen as unreliable because it does not reflect a net increase in jobs. For example, an employee who is re-employed after losing a job or a worker who takes over from a retired worker, will be counted as newly employed over a certain period.

China’s industrial production in October grew by 6.9 per cent year on year, while fixed asset investment has increased by 1.8 per cent in the year to date.

Gross domestic product grew by 4.9 per cent in the third quarter, with momentum forecast to continue into next.

Li Chao, chief economist at Zheshang Securities, said the recovery of industrial production had increased job openings and hiring, as both domestic and external demand continued to increase.

“Profits are recovering, orders are growing and capacity utilisation rates are increasing,” he said. “As a result, labour demand also is continuously rising, some factories have even begun to encounter difficulties in recruiting enough workers.”