Chileans reject proposed progressive constitution that would have replaced the charter dating back to the Pinochet era.

Chile has voted resoundingly to reject a proposed new constitution that President Gabriel Boric argued would have ushered in a new progressive era, in a result that far exceeded the expectations of the conservative opposition.

The new constitution would have had a greater focus on social rights, the environment, and gender equality than the existing charter, which was adopted during the rule of military dictator Augusto Pinochet. It emerged from an agreement between legislators and protesters to end violent rallies against inequality in 2019 in which dozens of people were killed.

With 99 percent of the votes counted in Sunday’s plebiscite, the rejection camp had 61.9 percent compared with 38.1 percent in favour of the new text.

There were reports of long queues at some of the more than 3,000 voting centres across the country with about 15 million Chileans eligible to take part in the referendum. Voting is compulsory.

Polls in April predicted that more voters planned on rejecting the new constitution.

The approval camp conceded defeat, with its spokesman Vlado Mirosevic saying: “We recognise this result and we listen with humility to what the Chilean people have expressed.”

Boric, who had lobbied hard for the new document, said the results made it evident that people “were not satisfied with the constitutional proposal that the convention presented to Chile.”

A setback for the president

The proposed charter was the first in the world to be written by a convention split equally between male and female delegates, but critics said it was too long, lacked clarity and went too far in some of its measures, which included characterising Chile as a “plurinational” state, establishing autonomous Indigenous territories, and prioritising the environment.

“The constitution that was written now leans too far to one side and does not have the vision of all Chileans,” 41-year-old Roberto Briones told the Associated Press news agency after voting in the capital Santiago. “We all want a new constitution, but it needs to have a better structure.” 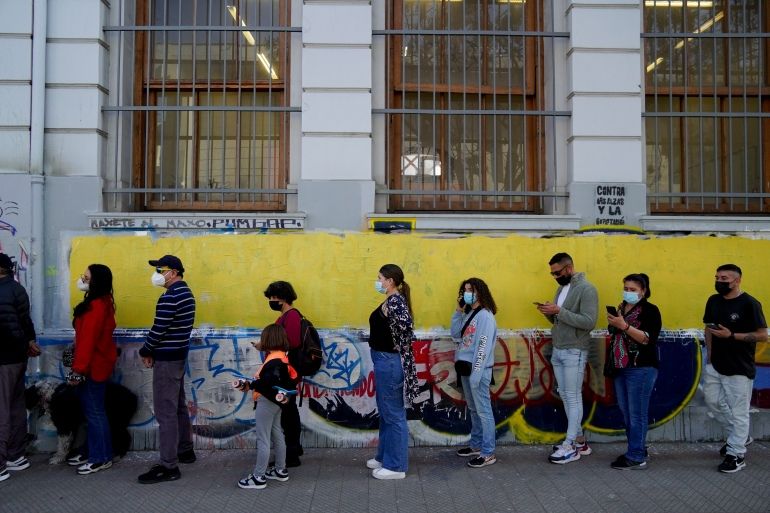 Long queues were reported at many of the 3,000 voting centres around Chile

The result is a major setback to President Gabriel Boric, who took office in March and, at 36, is Chile’s youngest-ever president. He had tied his fortunes so closely to the new document that analysts said it was likely that some voters saw the plebiscite as a referendum on his government at a time when its approval ratings were low.

“I think there are two things that explain what has just happened. One is a rejection of the Boric government,” political analyst Cristobal Bellolio told Reuters news agency, adding that the other was identity politics in regards to Indigenous and other issues.

Other political factions say the current text can be amended more simply by using the quorum adjustments that have been recently approved.

Most Chileans and their politicians have agreed the constitution that dates from the dictatorship must change.

Boric has called on the heads of all political parties for a meeting on Monday to chart a path forward and has promised changes in the cabinet.

“We have to listen to the voice of the people. Not just today, but the last intense years we’ve lived through,” Boric said. “That anger is latent, and we can’t ignore it.” 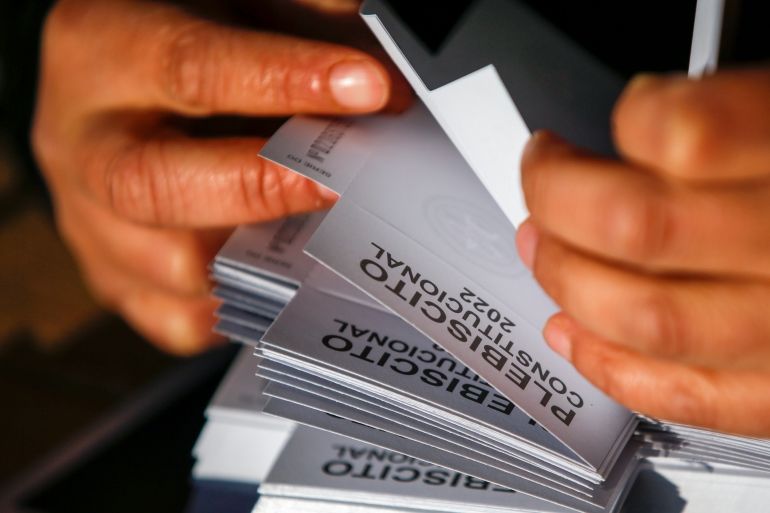 The president said he would also work with Congress and different sectors of society to draft another text with lessons from Sunday’s rejection.

Centre-left and right-wing parties that promoted the “reject” campaign have also agreed to negotiate to prepare a new text.

Carlos Salinas, a spokesman for the Citizens’ House for Rejection, said the majority of Chileans saw rejection as “a path of hope”.

“We want to tell the government of President Gabriel Boric… ‘[T]oday you must be the president of all Chileans and together we must move forward,” he said.