King Charles III has praised the Queen's "unequalled reign" after being proclaimed king at a ceremony at St James's Palace.

The King became the monarch after the death of his mother, but a meeting formally confirmed it on Saturday.

He also approved the day of the Queen's funeral, Monday, 19 September, being a bank holiday.

Speaking before the Accession Council, the King said his mother's death had been an "irreparable loss".

Meanwhile, senior MPs in the House of Commons, including Prime Minister Liz Truss, swore allegiance to the new monarch.

Making his address in the State Apartments of St James's Palace in London, King Charles said: "It is the greatest consolation to me to know of the sympathy expressed by so many to my sister and brothers and that such overwhelming affection and support should be extended to our whole family in our loss."

He later spoke of the Queen's "selfless service", saying: "My mother's reign was unequalled in its duration, its dedication and its devotion. 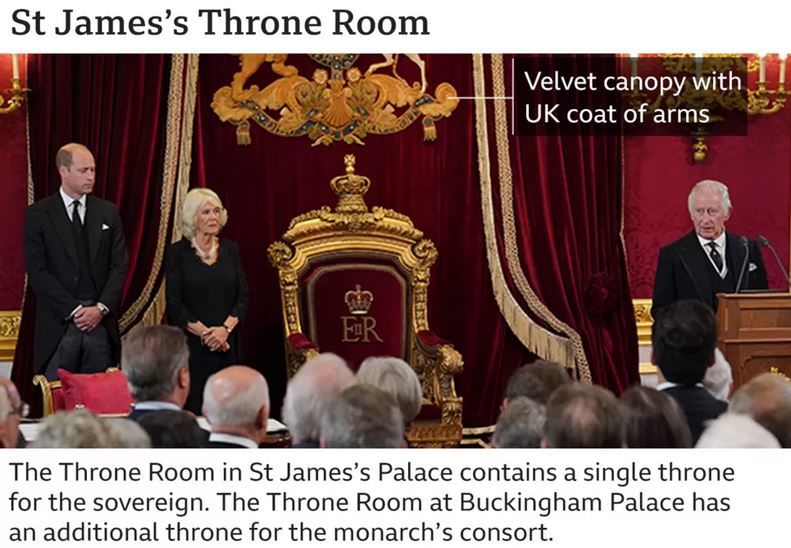 King Charles gave his speech in the Throne Room at St James's Palace.

"Even as we grieve, we give thanks for this most faithful life."

The King added he would "strive to follow the inspiring example" he was set by his mother in taking on the "heavy responsibilities of sovereignty".

It is the first time the historic ceremony, which dates back centuries, has been televised.

The King himself was not present for the first part of the meeting when he was proclaimed monarch by the Accession Council, made up of senior politicians, judges, and officials. 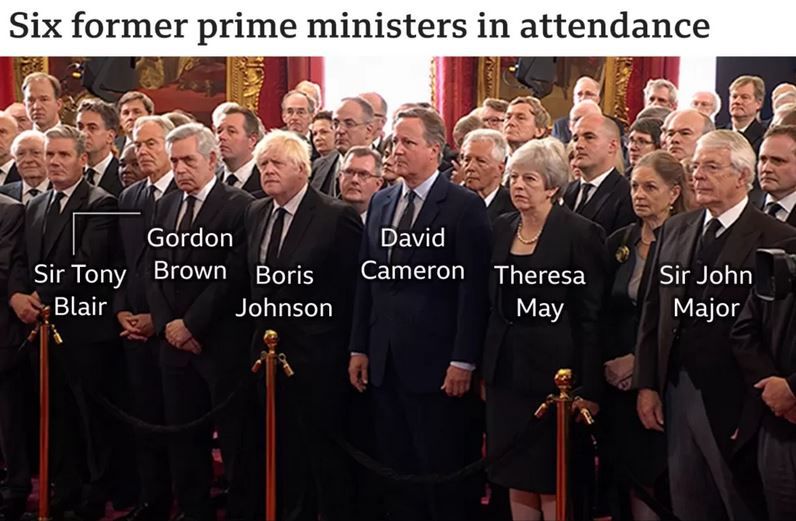 Six former prime ministers were in attendance at the accession ceremony

Clerk of the Privy Council Richard Tilbrook proclaimed Charles "King, head of the Commonwealth, defender of the faith", before declaring "God Save the King".

The packed room, including all of the six living former British prime ministers, repeated the phrase. The proclamation was then read out on a balcony above Friary Court in St James's Palace. 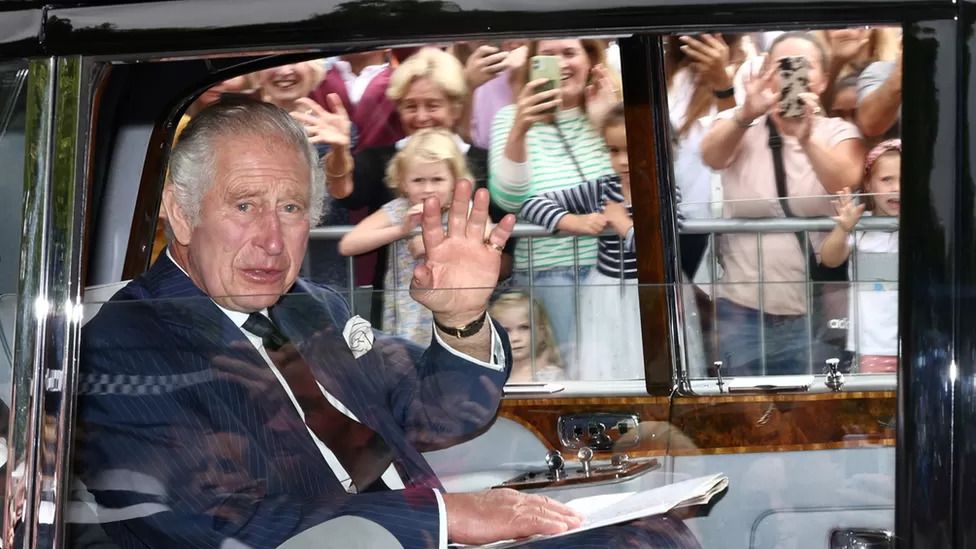 Just before the ceremony inside, hundreds of people were allowed through from the Mall, into the palace's outdoor Friary Court, to witness the proclamation up on the balcony.

They brought their babies and children and carried bunches of flowers. Some brought their dogs on a walk, diverted to witness the moment.

After the state trumpeters played a fanfare, the privy councillors who had left the ceremony and gathered outside raised their voices to say "God Save the King".

Cheers of "hip-hip hooray" were heard coming from people lining the roads both sides of the palace, and ceremonial guns fired close to nearby Green Park.

As senior figures from politics past and present filed away, senior Labour MP Harriet Harman described the ceremony inside as "solemn", both because of the death of the Queen and the weight of the occasion for the new King. 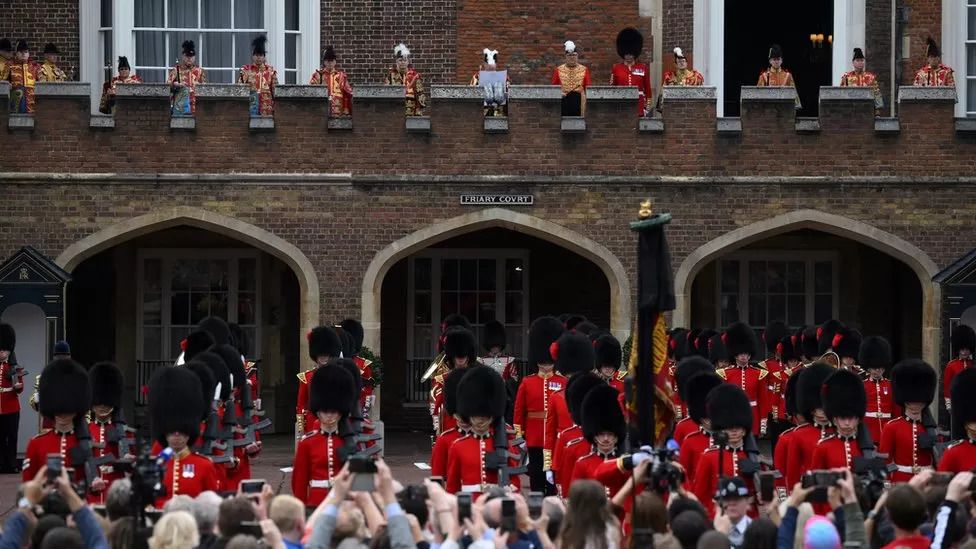 The second reading of the Accession Proclamation was also met with applause and cheers outside the Royal Exchange in London on Saturday.

On Saturday afternoon senior MPs took the oath or affirmed in the House of Commons. 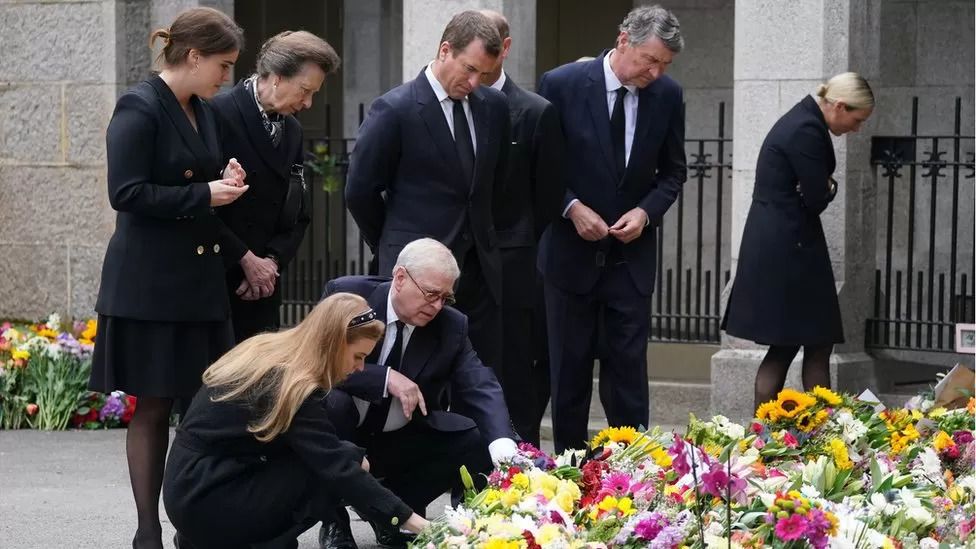 Three of the Queen's children and their families read tributes to the Queen as they returned from a church service.

Taking her oath, the prime minister said: "I swear by almighty God that I will be faithful and bear true allegiance to His Majesty King Charles, his heirs and successors, according to law, so help me God."

On Saturday afternoon, three of the Queen's children and their families viewed flowers and tributes left outside Balmoral after attending a prayer service at Crathie Kirk, near to the castle.

On their return to Balmoral they stopped their cars by the gates as they thanked well wishers for coming to read the messages left for the Queen. 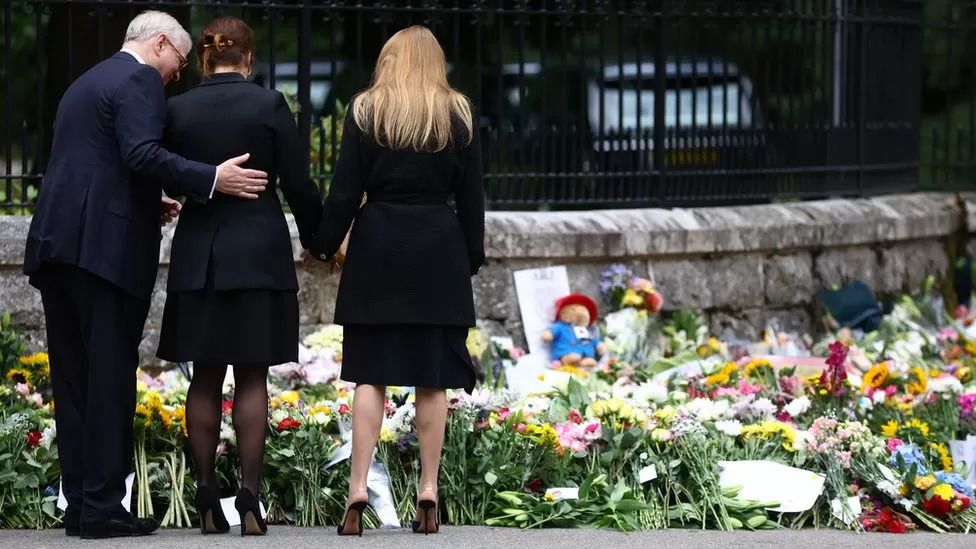 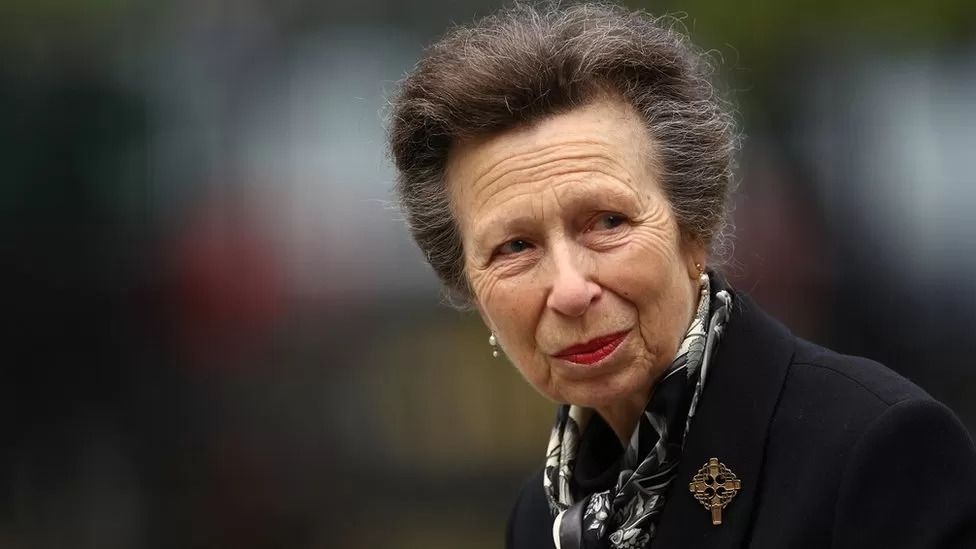 Prince Andrew was seen putting his arm around his daughter, Princess Eugenie, as she wiped a tear from her eyes, while the Countess of Wessex held Lady Louise's hand.

After around 10 minutes the family returned to Balmoral Castle.

Watch: Charles III is proclaimed King, in a ceremony broadcast for the first time