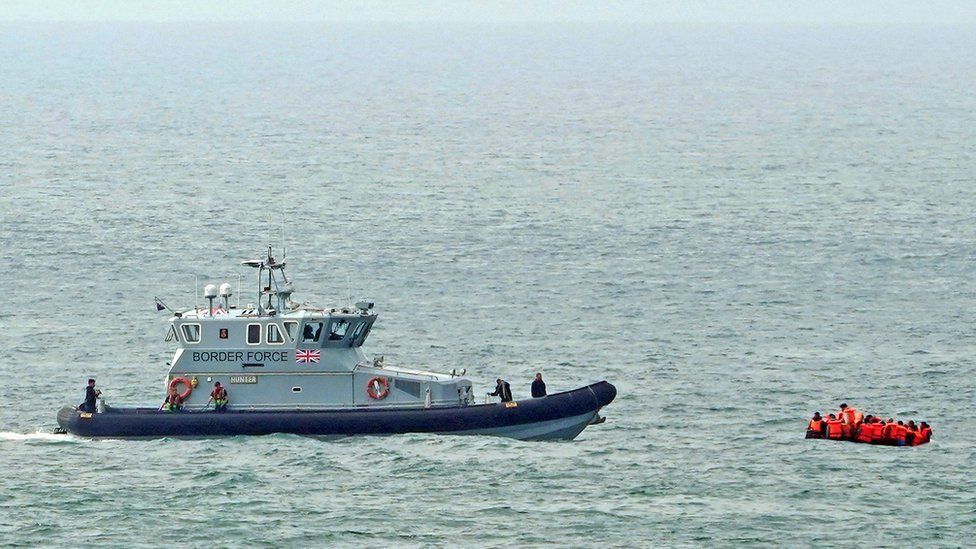 Forty small boats with 1,115 migrants on board have crossed the Channel in two days, the Home Office has said.

On Saturday, Border Force picked up 491 migrants on 17 boats, while the French authorities prevented 114 people from making the crossing.

On Friday 624 people crossed on 23 boats, with 300 more being stopped by the French authorities.

In September, more migrants crossed than in any other previous month since the crisis began.

Some 3,879 migrants made the crossing in September.

More than 18,000 people have made the crossing from France to England in small boats so far this year, compared to just over 8,460 in 2020, according to Home Office figures.

On Saturday the French interior minister, Gerald Darmanin, visited Calais to see what was being done to try and stop migrants crossing the English Channel by boat.

In July, a £54m deal was announced between the UK and France which would see France doubling the number of police patrolling its beaches to stem the number of migrant crossings.

Home Secretary Priti Patel recently threatened to withhold the funding unless more people were stopped from reaching the UK.

A Home Office spokesman said 89 people on board five boats had also made the crossing on Thursday.

He said: "This year record numbers of people have put their lives in the hands of ruthless people smugglers and risked perilous channel crossings from French beaches.

"Joint cooperation with the French has led to nearly 300 arrests, 65 convictions and prevented more than 13,500 crossings. But with hundreds still risking their lives and making the crossing, all sides must do more."

The English Channel is one of the most dangerous and busiest shipping lanes in the world.

Many migrants come from some of the poorest and most chaotic parts of the world, and many ask to claim asylum once they are picked up by the UK authorities.