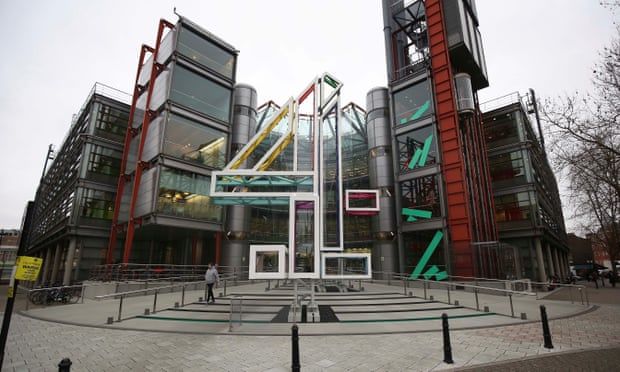 Channel 4 has said it could sell its £100m London headquarters and almost double the number of staff working outside the capital under plans to become “northern-based” that it hopes offer an attractive alternative to the government’s privatisation push.

Describing itself in the proposals as the “levelling up broadcaster”, it said it intended to increase spending on TV shows commissioned by production companies outside of London by hundreds of millions of pounds annually by 2030, in a move it estimated would create at least 3,000 jobs.

The broadcaster, which is state-owned but commercially funded, said the changes would mean the majority of its 900 staff would be based in locations including its “national headquarters” in Leeds, and hubs such as Glasgow, Bristol, Manchester and Birmingham, with the number of staff working outside London nearly doubling to 600 by 2025.

“Alongside this, we would streamline our presence in London by creating a new London base that reflects our new ways of working,” the broadcaster said in its plan, called 4: The Next Episode, which had been rejected by the government.

“As we embrace hybrid working, and reorient our focus away from London to the nations and regions – a reorientation intrinsic to our existence in public ownership – Channel 4 may require a different scale London base.”

The government eyed the £100m windfall of a potential sale of Channel 4’s headquarters in Victoria, central London, the last time it attempted to privatise the broadcaster but ultimately backed down.

Channel 4’s plan also includes the creation of a joint venture, with an external investor as a majority shareholder, to spend £200m annually on new content and ultimately boost its total programming budget from £700m to £1bn a year by 2030.

Other plans include launching its All4 streaming service globally, targeting younger demographics, which it believes could make a further £100m annually.

Last week, the Department for Digital, Culture, Media and Sport (DCMS) started the formal process to privatise Channel 4 in a wide-ranging white paper shaking up the British media industry, despite widespread opposition across the sector and from Labour and Conservative MPs, arguing it needs to be in private hands to be able to compete financially with global streaming giants such as Netflix.

The government’s consultation received 56,000 responses, with 96% against privatisation.

“Channel 4 is in the most robust health it has ever been,” said Alex Mahon, the broadcaster’s chief executive. “This is an attractive, realistic and sustainable solution while remaining in the hands of the British public.

“There is plenty of evidence [that privatisation] is not what the public want and not what industry want. I’m sure the DCMS do not want to damage the creative industries. But this white paper as it is currently laid out, we need to be very careful we do not create unintended negative consequences for the industry. There are plenty of stages to go in the ownership discussion.”

Channel 4 research estimates that government plans to scrap its unique publisher/broadcaster model, in which programme rights revert to makers allowing them to commercially exploit them after they air, could cost 4,000 jobs and hundreds of millions annually for production companies.

A DCMS spokesperson said: “The government, as the ultimate owner of Channel 4, has made the decision to sell. We are crystal clear that a change of ownership is necessary to give Channel 4 the best possible tools to innovate and grow at pace without asking the taxpayer to effectively underwrite the business.”

It has been speculated in City circles that Mahon – who has extensive private sector experience including spending almost a decade running Elisabeth Murdoch’s Shine, maker of shows including MasterChef, which was sold to her father Rupert’s News Corporation in 2011 – may become involved in a form of management buyout of the broadcaster.

However, on Thursday Mahon ruled herself out of any potential involvement, stating that the future of Channel 4 would lie with the government and UK Government Investments (UKGI), which oversees the state’s ownership of the broadcaster.

“I’ve got to be very clear on delivering the best thing for Channel 4,” she said. “And for that I have got to run the business, be independent of such things, optimise the remit, do that for the next few years. What does or doesn’t get decided through a sales process will not be up to me. That will be up to UKGI and how the government do this. Therefore I am remaining completely independent of that.”
Add Comment