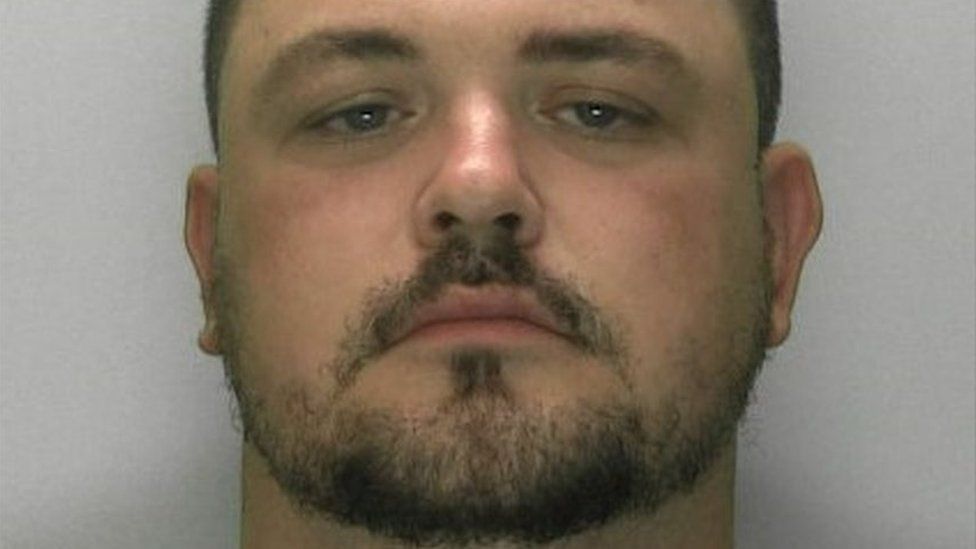 A man has been jailed after driving a car down a railway track, causing eight-hour passenger delays.

Aaron O'Halloran was caught on CCTV driving down the line for half a mile between Duddeston and Aston stations in Birmingham on 9 May.

Police said the 32-year-old, of Proctor Street in the city, caused damage totalling more than £23,000.

He was jailed for 15 months and disqualified from driving for two years.

A jury found him guilty of dangerous driving, driving while disqualified, driving without insurance and endangering the safety of railway passengers.

O'Halloran was filmed driving a black Mitsubishi through a gate at Duddeston station although during his trial he denied he had been the one at the wheel.

British Transport Police said the car was abandoned across the tracks while O'Halloran fled the scene, but he left a mobile phone that allowed detectives to trace him.

"We are thankful no one was injured as a result of O'Halloran's alarming behaviour," he said.

"He'll now have plenty of time to reflect on his idiotic actions in prison."

O'Halloran was sentenced at Birmingham Crown Court on 23 August.